Under Hungarian law, a political party that receives voter support of one percent or more on its national list must submit to a state audit of their campaign spending within twelve months of the ballot.

Opposition Párbeszéd and the newly established Momentum Movement failed to submit data or documents and could not be reached at their respective premises where they are registered, the auditor said.

ÁSZ has told the parties to get in touch and notify the authority within 15 days of their availability.

Párbeszéd responded that it had submitted all data required by law to the authority in time. The party said that they had moved to new premises at the start of the year, adding that the registration of the new premises was under way. 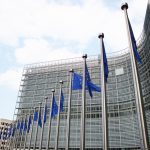