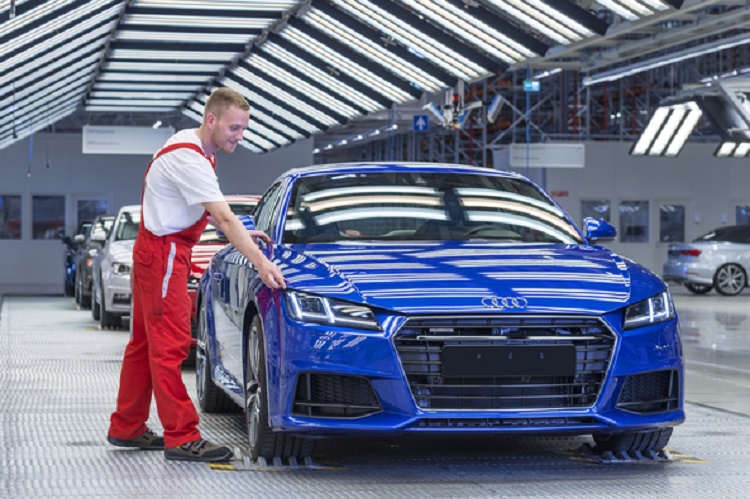 The news came on the heels of Audi announcing a temporarily shutdown due to the coronavirus.

Under the deal, workers’ remuneration will rise by an average 36 percent over the three-year period. This year, the average pay rise will come to 12.5 percent.

The agreement also contains an inflation-tracking element, an annual 130,000 forint (EUR 370) bonus and a package of measures supporting job security.

Audi employed more than 12,800 people at its base at Győr at the end of last year. The local unit turned out almost two million engines and more than 160,000 vehicles in 2019.

A little more than a year ago, union members staged a week-long strike over pay, bringing the plant in Győr to a standstill and interrupting production at Audi’s headquarters in Ingolstadt, too.