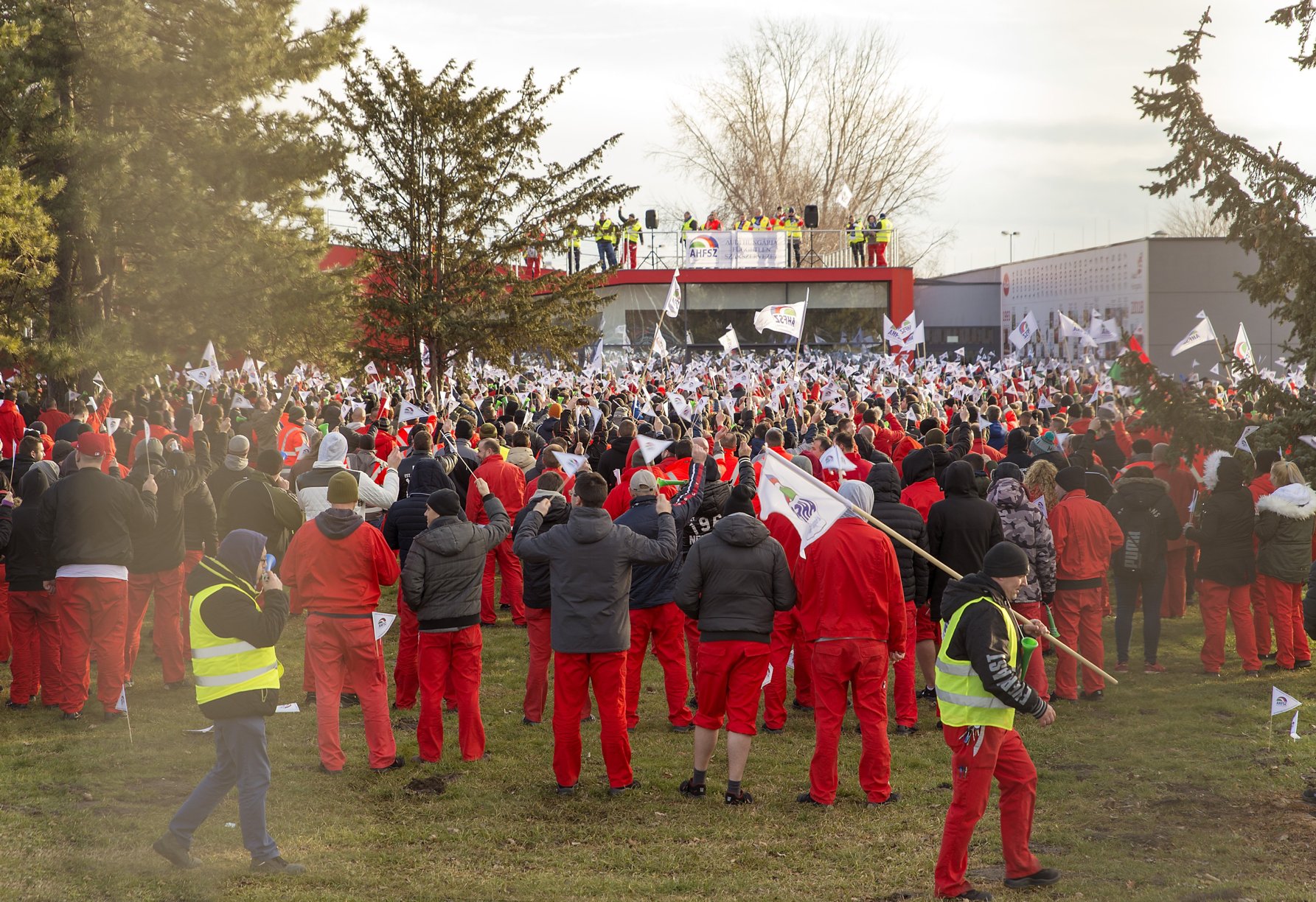 A strike over higher pay at German carmaker Audi’s base in Győr, in northwest Hungary, continued on Wednesday after the latest round of wage talks between management and union leaders failed, the Audi Hungaria Independent Union (AHFSZ) said on Facebook.

AHFSZ started the week-long strike last Thursday, bringing production at the plant to a virtual standstill. The union is demanding a wage increase of at least 18 percent, but no less than 75,000 forints (EUR 235) a month. They also want the annual threshold for non-wage benefits raised to 787,000 forints from 620,000 forints.

At Tuesday’s marathon talks, management made an offer to raise employee’s wages by 18 percent, or at least 75,000 forints. It also offered to raise non-wage benefits to an annual 400,000 forints from its Monday offer of 300,000 forints, AHFSZ said in a statement.

The union said it now faces an “important decision” as it explores its options and decides on its next steps.

Audi Hungaria employs some 13,000 people at the base. AHFSZ counts more than 9,000 of those workers among its members.

Audi was forced to put production on hold at its headquarters in Ingolstadt on Monday, after deliveries of engines from Győr stopped.

An Audi spokesperson told MTI on Wednesday that the forced shutdown in Ingolstadt would last at least until next week Monday. A decision on when to restart production is expected to be taken on Friday, the spokesperson added.

Production at Audi’s other plant in Germany, in Neckarsulm, has not been interrupted, and it has enough engines in inventory for Thursday, too, the spokesperson said.

The cost of the strike can only be calculated after it ends, the spokesperson added.