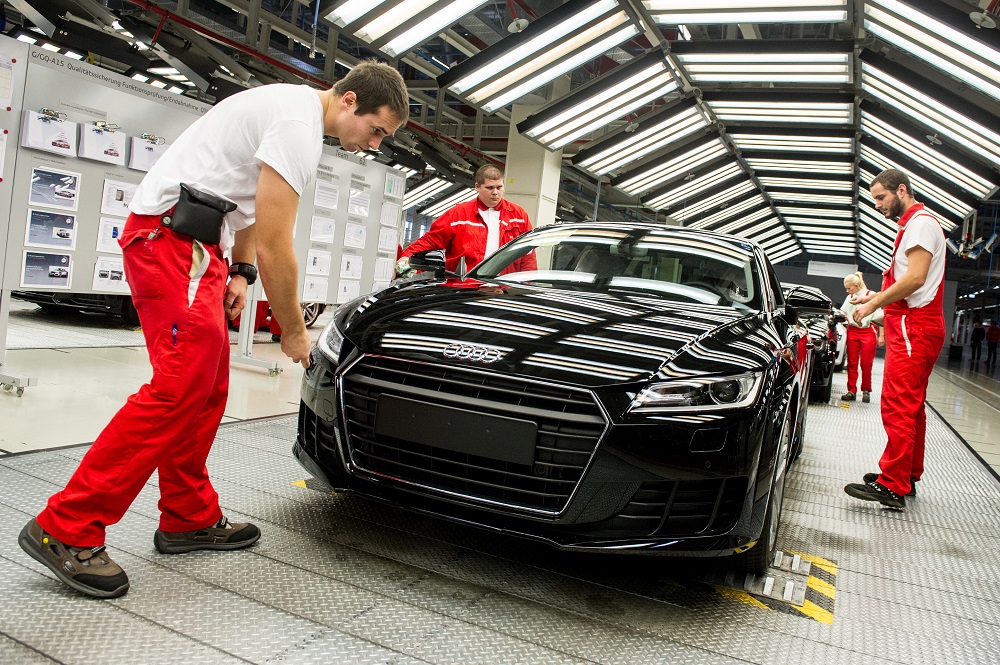 The government is supporting the investment with a 1.2 billion forint grant, which is expected to preserve 700 jobs, the minister said.

Szijjártó praised Audi’s cooperation in the coronavirus protection effort, noting the company had helped in the inoculation of some 3,000 people so far and will take on a similar effort in the near future.

Szijjártó insisted that Hungary’s response to the pandemic in terms of protecting the economy and providing health care was “the most successful in Europe”. German companies, which decided to use government support and invest in Hungary rather than laying off employees, had a great role in that success, he added.

With all domestic players focusing on electro-mobility, Hungary hopes to strengthen its leading role in the industry “in the new era of car manufacturing”, he said. Audi’s plant in Győr makes electric motors using technologies that are essential for economic renewal, he said.

The government has been actively providing funding for large domestic and multinational corporations in return for the creation of jobs in Hungary, reports Free Europe. According to the Ministry of Foreign Affairs and Trade, 67.1 billion forints (EUR 187.5m) of government money were allocated to 27 corporations in 2020. The German Thyssenkrupp Components Technology Hungary […]Continue reading

Alfons Dintner, the head of Audi Hungaria’s board, thanked the government for its support and said the construction works to enlarge the manufacturing plant by 3,800sqm and the logistics plant by 2,500sqm would be ready by the summer of 2022.