Commenting on the verdict of the Kúria (the supreme court), liberal lawyers express outrage, while a representative of the plaintiffs believes it was high time to punish a journalist whom he accuses of ‘regularly offending the dignity of Hungarians’.

Background information: The two plaintiffs sued the weekly Heti Világgazdaság for publishing an article by Árpád W. Tóta in 2018 in which he described the Hungarians who pillaged western settlements in the 10th century as ‘filthy Hungarian migrants’. The Civil Code allows private citizens to sue those who they believe offend the dignity of their community. The plaintiffs won in the first instance, but that verdict was scrapped by the second. Now the Kúria has ruled that HVG should delete the two offensive words from the online article and pay 400 thousand Forints (1100 Euros) to the plaintiffs as well as another 500 thousand to cover legal expenses.

On Klubrádió, media lawyer Gábor Polyák said the verdict restricts press freedom within ‘very narrow boundaries’. He argued that the author used the words ‘filthy’ and ‘migrant’ in a clearly ironic sense and therefore there was no rational reason to find his remark offensive. 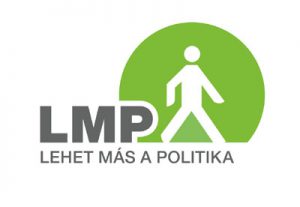 LMP founder András Schiffer who is now an independent lawyer calls the law itself unacceptable and suggests that, rather than criticising the court, people should blame ‘the pharisees who put those idiocies into the Basic Law and the Civil Code’. Earlier, he remarks, such attempts were regularly scrapped by the Constitutional Court.

In Magyar Nemzet, Gábor Hertelendy condemns Árpád W. Tóta for writing that ’our country is the work of detractors of nation and religion’. (Tóta wrote, reacting to the ruling, that some of Hungary’s iconic writers in the interwar period were condemned for ‘causing offence to the Nation’, yet in his view, they were the ones who ‘created’ Hungary.) He also quotes Tamás Gaudi-Nagy, the lawyer who represented the plaintiffs, who said he was satisfied with the verdict and believed it was high time to punish Tóta and his left-liberal news outlet as serial detractors of Hungarians. He also expressed the hope that the Budapest court which rejected the plaintiffs’ claim in the second instance will follow the line traced by the Kúria in future.