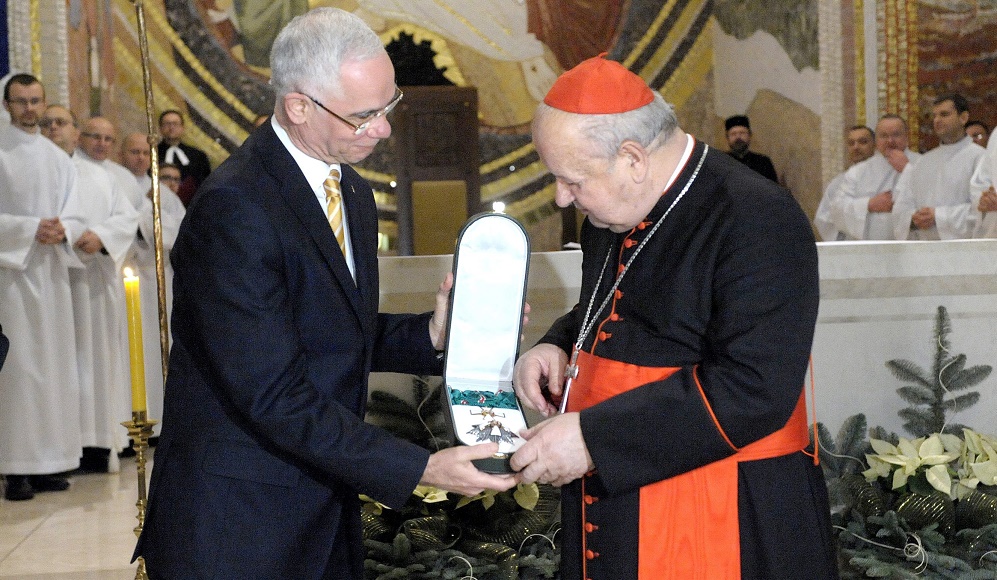 Hungary’s Human Resources Minister Zoltán Balog awarded Cardinal Stanisław Dziwisz, Archbishop of Kraków, the Grand Cross Order of Merit of Hungary on behalf of President János Áder in Kraków on Sunday. Cardinal Dziwisz was presented the award for his services to Europe, the Catholic Church “and every Christian”, Zoltán Balog said. The archbishop said Hungary and Poland are tied together by their fates and stressed the importance of the two countries’ role in building “a more humane and happier future” in Europe. 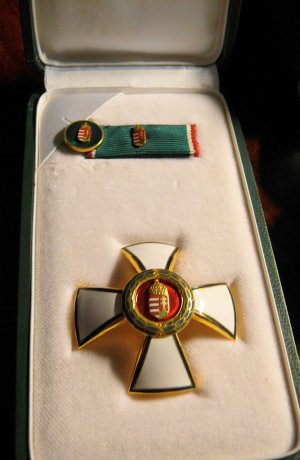 The Grand Cross Order of Merit of Hungary

Stanisław Dziwisz was born in 1939 and was ordained a priest in 1963 by the-then Auxiliary Bishop of Krakow, Karol Wojtyła. Dziwisz began his pastoral ministry as parochial vicar, and in October 1966 Archbishop Wojtyła appointed him as his chaplain and secretary. When Cardinal Wojtyła of Kraków was elected Pope, he appointed Dziwisz as his personal secretary, an office he held until the death of Pope John Paul II on 2 April 2005. It was Pope Benedict XVI who appointed Cardinal Dziwisz as Archbishop of Kraków on 3 June 2005. 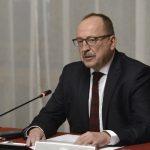