Archaeologists Discover Medieval Burial Place In Vác, Might Belong To King Géza I.

Archaeologists may have discovered the burial place of Hungarian King Géza I Magnus (1040-1077) at an excavation site in the town of Vác, 35 km north of Budapest. Leader of the researchers, Zoltán Batizi told history portal multkor.hu that although they could not be 100 per cent sure that it was the grave of the king, all the evidences they found so far suggested that the sacred place they discovered was linked many ways to Géza, the brother of Saint Ladislaus (László) I (1040-1095). In the castle of Vác the excavation work started as far back as 1979 but unfortunately it had been suspended for more than decade after 2002. 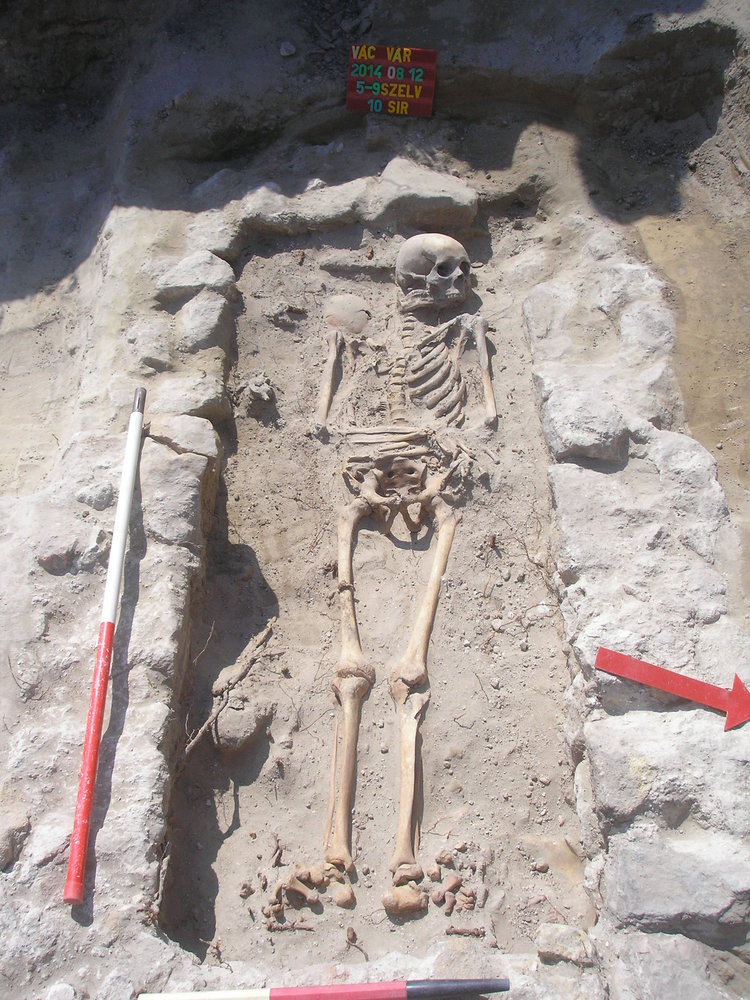 As a result of the recently re-started research at the medieval church of Vác, the group of Hungarian archaeologists discovered the burial place and they also found human bones in a pit, which probably do not belong to King Géza, who was the member of the state-founder Árpád-dynasty. However, the famous Illuminated Chronicle narrates that Géza had a religious vision in Vác before the decisive battle of Mogyoród took place on 14 March 1074. Later the victorious king founded a cathedral near to the settlement and in that period of history it was an established custom to bury the ruler at the very same church he founded.

King Géza was the ruler of the medieval Kingdom of Hungary from 1074 until his death. Although he was the eldest son of the deceased king Béla (1020-1063), his cousin Salamon acquired the crown with German assistance, forcing Géza to leave Hungary. Prince Géza returned with Polish reinforcements and signed a peace treaty with his cousin in early 1064. However, their relationship became tense again in 1071 and Géza was forced to defeat Salamon’s army in the battle of Mogyoród in 1074. Géza died three years later but his sons were minors when he died, so he was succeeded by his brother László, who later became a Catholic saint as well as one of the most honoured figures of Hungarian history.

source and photos: multkor.hu and wikipedia