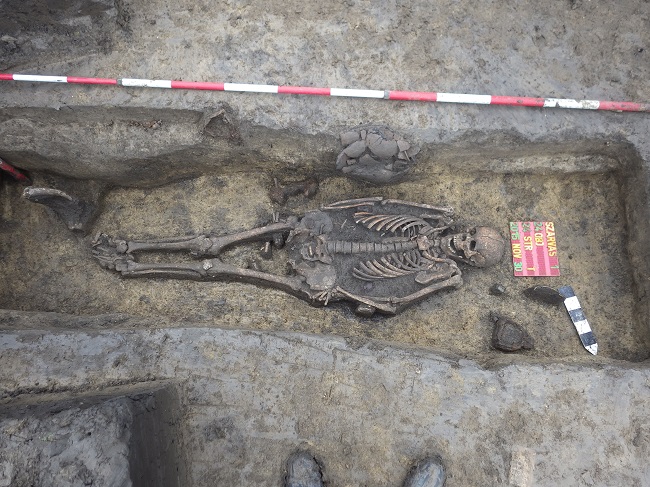 Tombs believed to be 7,000 years old have been excavated by archaeologists near the arboretum of the central Hungarian town of Szarvas, daily Magyar Idők said citing local news website beol.hu. The findings will go on display at the Tessedik Sámuel Museum of Szarvas in the near future.

Parts of a 7,500 year-old building, a deep and wide pit and six tombs from the time of the Pannonian Avars have also been dug up, archaeologist András Gulyás said. Golden coins have been recovered from two of the tombs where females were buried, along with a small medal from one of the tombs. Horse harnesses have also been buried next to the dead, he added. The majority of the archaeological findings originate from the late modern period, including parts of two buildings, one destroyed by fire, and pieces of pottery.

In December 2015, another Hungarian team of archaeologists announced that part of the remains of 16th-century Ottoman Grand Sultan Suleiman the Magnificent were discovered in a tomb in south-west Hungary.