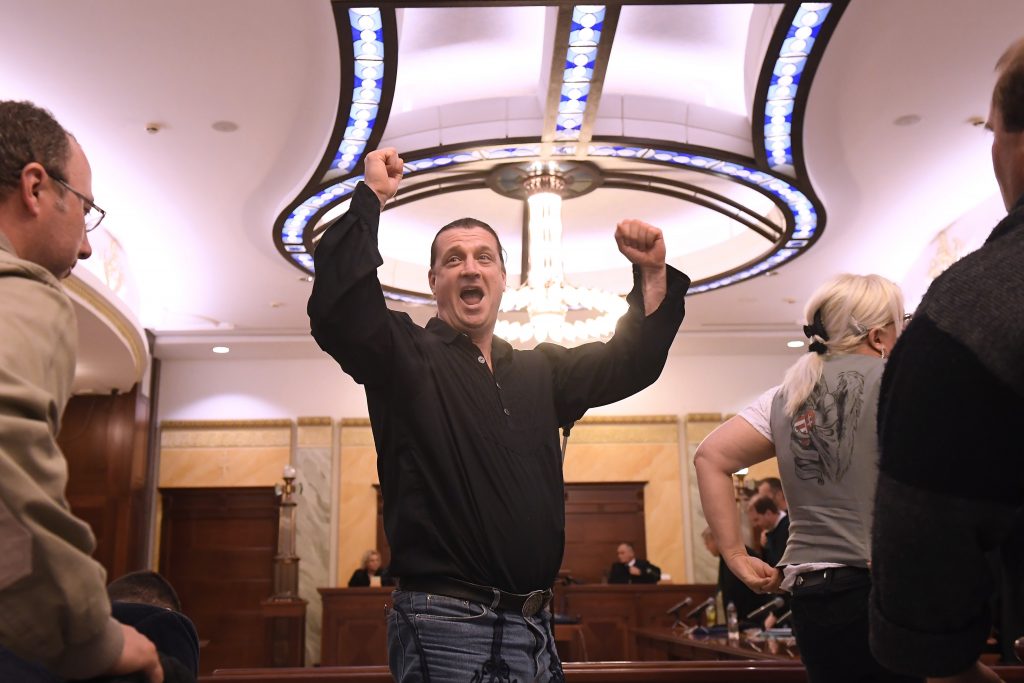 A Budapest appeals court dismissed on Thursday a first-instance ruling concerning right-wing activist György Budaházy and others, who had been convicted for carrying out terrorist activities a decade ago. The appellate court has ordered a new trial.

According to the charges, Budaházy set up a terrorist organisation called the Hungarians’ Arrows (Magyarok Nyilai) to carry out attacks against lawmakers of the then ruling Socialist-Free Democrat alliance between 2007 and 2009. In the summer of 2016, the Municipal Court of Budapest sentenced Budaházy to 13 years in prison. Of the 17 defendants, 15 were sentenced to between 5 and 13 years in prison each for terrorist activity.

Budaházy and his accomplices had also been charged with throwing petrol bombs at the homes of Socialist and Free Democrat politicians and their parties’ headquarters as well as throwing Molotov cocktails at gay bars and outlets, such as a ticket office in Budapest’s 13th district. Budaházy’s group is thought to have been behind the beating up of a former Socialist politician turned TV personality Sándor Csintalan. 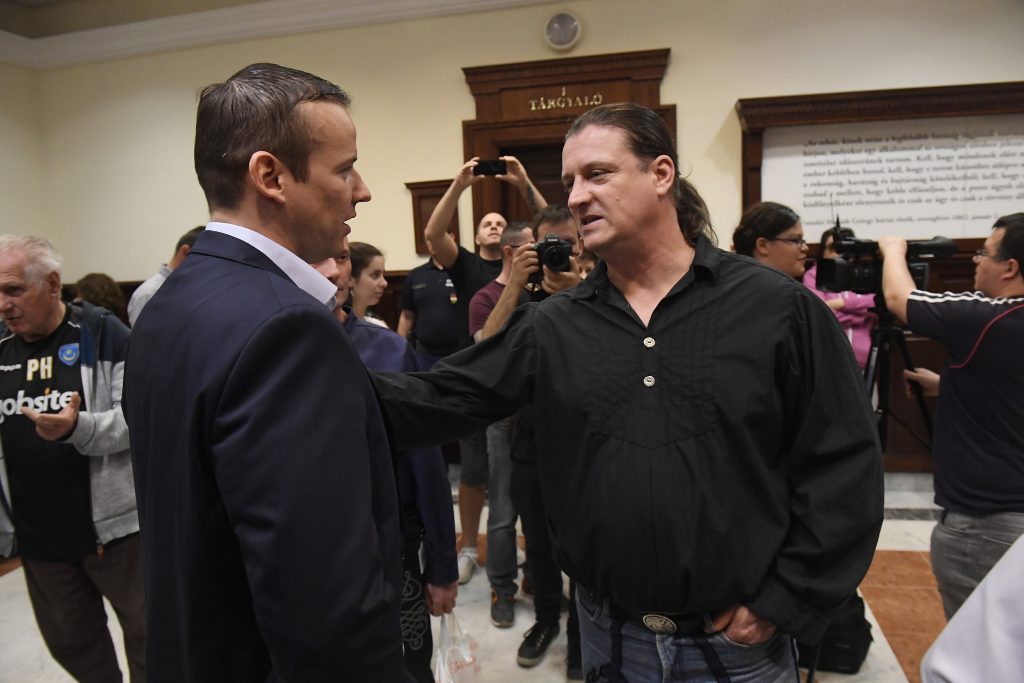 György Budaházy with László Toroczkai, vice president of Jobbik and mayor of Ásotthalom.

Budaházy was arrested in June 2009 and was kept in pre-trial detention until September 2011 when the court ordered his house arrest. The court lifted the order in June 2014. The defence had appealed the first instance ruling for leniency and the prosecutor for a heavier sentence.