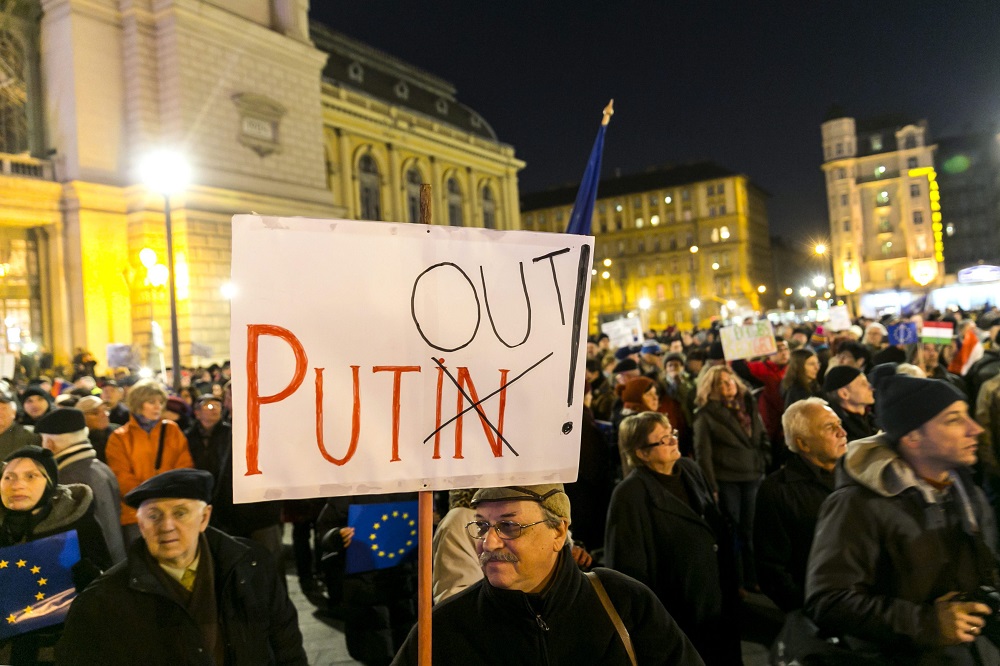 Anti-government demonstrators staged a protest against the forthcoming visit of Russian President Vladimir Putin and the policies of Hungarian Prime Minister Viktor Orbán in Budapest on Monday evening. The crowd filling a 200-metre section of Rákóczi Road, a main thoroughfare, left the city’s Keleti (Eastern) railway station for the Western (Nyugati) one. Protesters held up a poster with the slogan: “Putin Nyet, Europe Yes!” and the Beatles’ “Back in the USSR” blared from speakers. Police have cordoned off the route of the demonstrators.

Meanwhile,  Socialist Party (MSZP) leader József Tóbiás said that while the EU leaders had cancelled all bilateral meetings with the Russian president, leaving Hungary alone in hosting Putin. “With this visit, the Russian president wants to try to show that he is not in conflict with EU member states,” he said. Citing a poll published earlier on Monday, Tóbiás said that three-fifths of those asked disagreed with the planned upgrade of the Paks nuclear power plant with Russian involvement.

József Tóbiás also said that PM Viktor Orbán informed the parliamentary group leaders that the gas agreement Hungary wanted to conclude with Russia would not be based on a long-term contract. Meeting the group leaders at the weekend, Orbán made it clear that a long-term gas agreement with Russia was not on the agenda, Tóbiás, who also leads the Socialist group, confirmed.  Concerning the Russian-Ukrainian conflict, he said the Socialists advocated lasting peace, and hoped that all signatories would observe the Minsk agreement.

A parliamentary proposal which seeks to make documents connected to the expansion of the Paks nuclear power plant confidential for fifteen years is unacceptable in legal and also in political terms, the opposition Dialogue for Hungary (PM) party said.  Co-leader Tímea Szabó said the party would turn to President János Áder and ombudsman for fundamental rights László Székely. Szabó also suggested that signatories to the Hungary-Russia agreement concerning the Paks upgrade would one day “go to prison”, she said.

András Schiffer, group leader of green opposition LMP, said he agreed that achieving peace in Ukraine is in Hungary’s interest, but the country must also make its opinion on Russia’s territorial aggression against Ukraine clear. He named eastern and southern Europe as Hungary’s primary strategic allies.

Antal Rogán, the group leader of ruling Fidesz, said the past few months had proved that the government’s “experience-based” foreign policy was working well. Had the left been in power, all ties with the East would have been severed and the left would be looking on “with wonder” at the signing of Eurasian economic cooperation, he said. 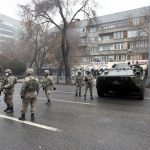