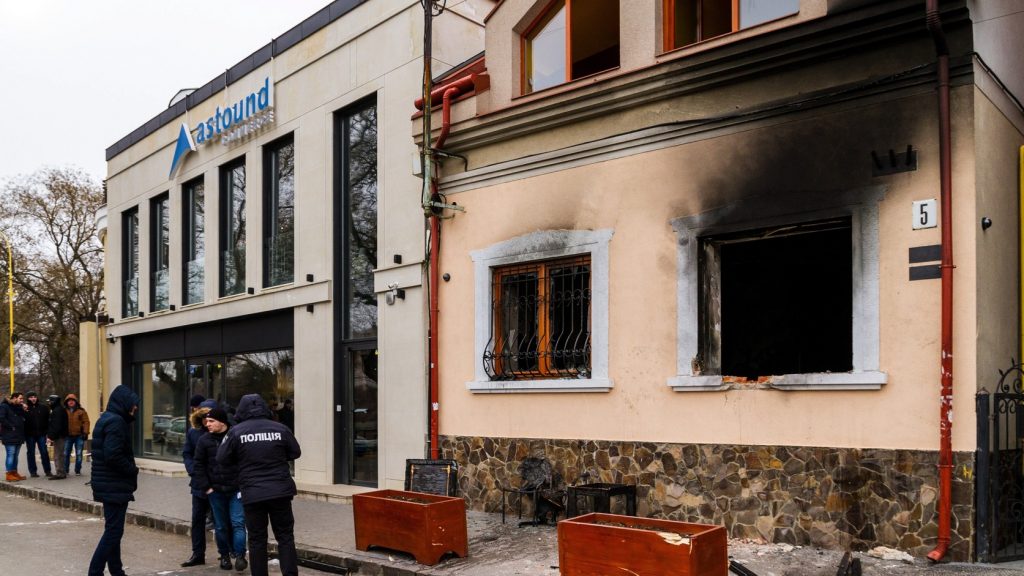 Hungary’s prime minister has offered his government’s help to the head of the Transcarpathian Hungarian Cultural Association (KMKSZ) after Tuesday’s attack on the organisation’s headquarters in Uzhhorod, in western Ukraine.

In a video posted on his Facebook page, Viktor Orbán reassured László Brenzovics, who is the president of the association, that Transcarpathia’s Hungarians can count on the Hungarian government. Orbán offered KMKSZ financial assistance and help with repairing the damage done to its headquarters. In the early hours of Tuesday morning, an unidentified attacker placed an explosive device on one of the building’s windowsills which set the building on fire, destroying most of the ground floor. Brenzovics described the arson as 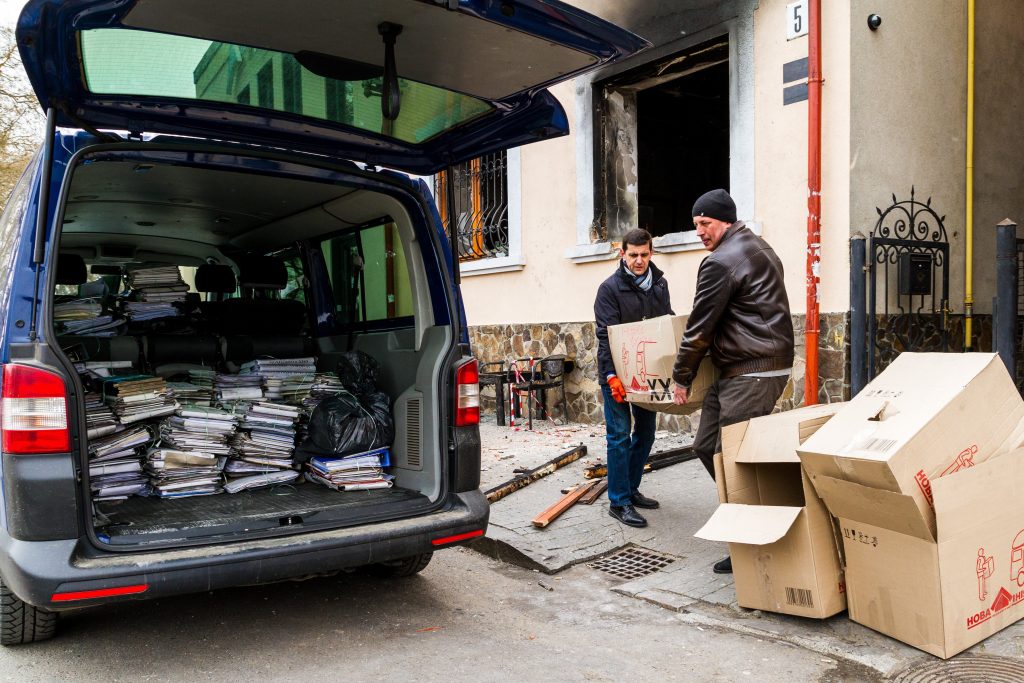 FM Szijjártó discussed Tuesday’s attack with the head of the Organisation for Security and Cooperation in Europe (OSCE). Szijjártó said that in his telephone conversation with Thomas Greminger, he had repeated Hungary’s proposal that the OSCE’s special monitoring mission to Ukraine should establish a presence in Transcarpathia as well. The OSCE’s job is to prevent conflicts, Szijjártó said, adding that if the situation in  Transcarpathia stayed as it currently is, it could have “dramatic consequences”. Szijjártó said that carrying out out Hungary’s initiative “would only be a matter of political will”, arguing that Greminger had confirmed that there was no legal obstacle to following through with it. The minister lamented the international community’s “silence” on the attack, saying that no country had spoken out against it or expressed its solidarity with Hungary. He said the situation in Ukraine was “serious”, with “nationalistic views gaining ground”. Szijjártó said this was also demonstrated by “the fact that Hungarians in Transcarpathia face constant intimidation”. Tuesday’s attack and the fact that it happened in a country looking to deepen its ties with both NATO and the European Union 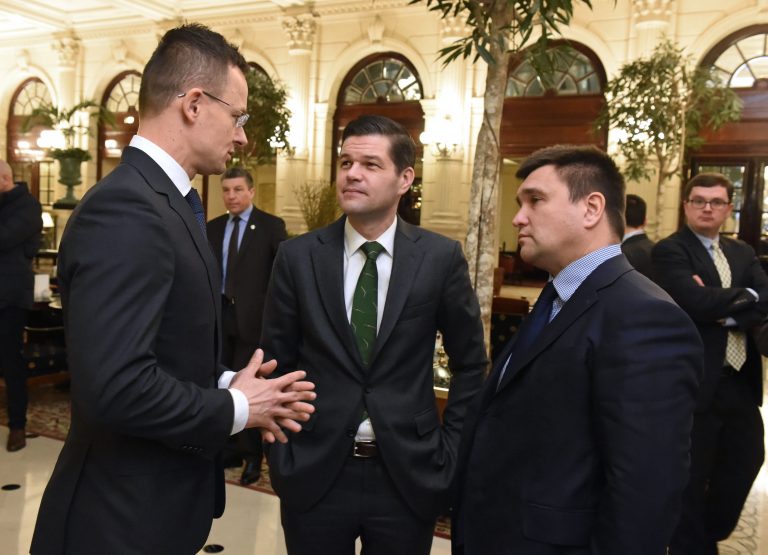 In January Hungarian Foreign Minister Péter Szijjártó (left) met with US Assistant Secretary of State for European and Eurasian Affairs Wess Mitchell (center) and Ukrainian Foreign Minister Pavlo Klimkin, however relations between the two countries haven’t changed much since the meeting. (Photo: KKM)

This is the second time just over the course of February that the headquarters of KMKSZ has been attacked. In the early hours of Sunday, February 4, a petrol bomb was hurled at the same building. Since then the assailants behind the arson attempt have been identified as two Polish radicals from the right-wing extremist movement Falanga, according to Governor Moskal. The movement has a reputation of being pro-Russian, and some of their members have even fought in Donbass on the side of Russian separatists, and against Ukrainian forces. According to Moskal, their goal was probably to incite hatred between Ukrainian and Hungarian people. At the same time, last November Ukrainian patriot movement “Svoboda” held a rather intimidating rally in Beregovo (Beregszász) using fireworks and shouting nationalist slogans; they then went on to remove the Hungarian flag from the City Council building and tried to burn it. Soon after the events, police announced that those responsible would be prosecuted, although there have been no legal developments since then.

And recently, Ukrainian nationalists published a threatening video on YouTube in which four unknown  Ukrainian nationalists in paramilitary garb can be seen holding up a Ukrainian flag and the flag of the Ukrainian Resurgent Army which was a nationalist paramilitary and then partisan army during and after World War II. The four men then set fire to a Polish and a Hungarian flag while claiming that they won’t tolerate that Hungarians and Poles ‘endanger Ukraine’s territorial integrity’, and they won’t wait until they get stabbed in the back.

Relations between Ukraine and Hungary have been quite tense over the course of the last several months. Ukraine views the Hungarian government’s Russia policy with distrust, while Ukraine’s controversial education law has become one of the main topics of debate (you can read our blog post on the topic here) between the two countries. While it purportedly aims to “modernize education” through reforms, the 7th paragraph of the law states that Ukraine’s official language in education is Ukrainian and the use of minority languages is allowed only in the first four grades of primary education. Shortly after its passage, the Orbán government declared that all diplomatic means would be used to make Ukraine withdraw the legislation. Hungary has been one of the most active supporters of Ukraine’s EU and NATO integration efforts in the past, but this support has since eroded over the education law dispute, with Hungary recently vetoing a meeting of the NATO-Ukraine Commission.