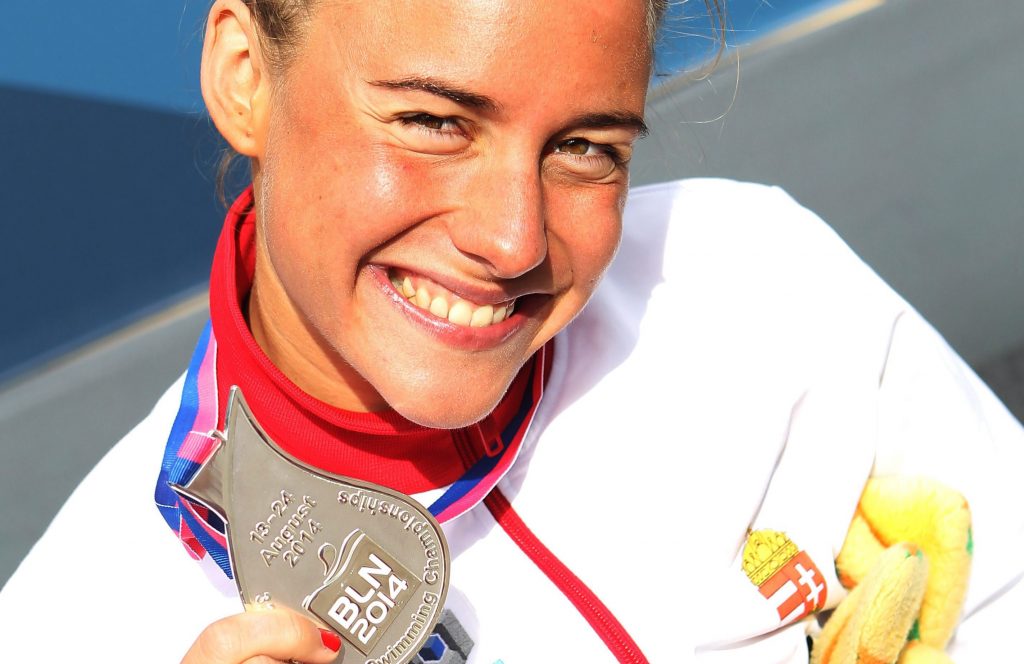 It was a warm summer day just south of Berlin, with a water temperature of 22 degrees Celsius, as swimmers set out to tackle the daunting 25 km race distance. The competition took place at the Grünai canoe course, where 15 women and 18 men started to do ten laps, each summing up 2.5 kms.

Both Hungarian competitors of the women’s race were dedicated to not falling behind, and as all competitors were keen to keep up with the leaders, an enormous pack formed in the front. Szilágyi, doing her first ever 25km race, took the lead at half-time, surprising everyone, while Olasz turned at the forth spot.

Just two kilometers before the finish line Szilágyi lost her form and could not keep up with the tempo, eventually retiring. Olasz, on the other hand, managed to keep up and secured the second position behind Italian Martina Grimaldi. With Éva Risztov’s silver medal last week, Hungary finished the competition with two medals.