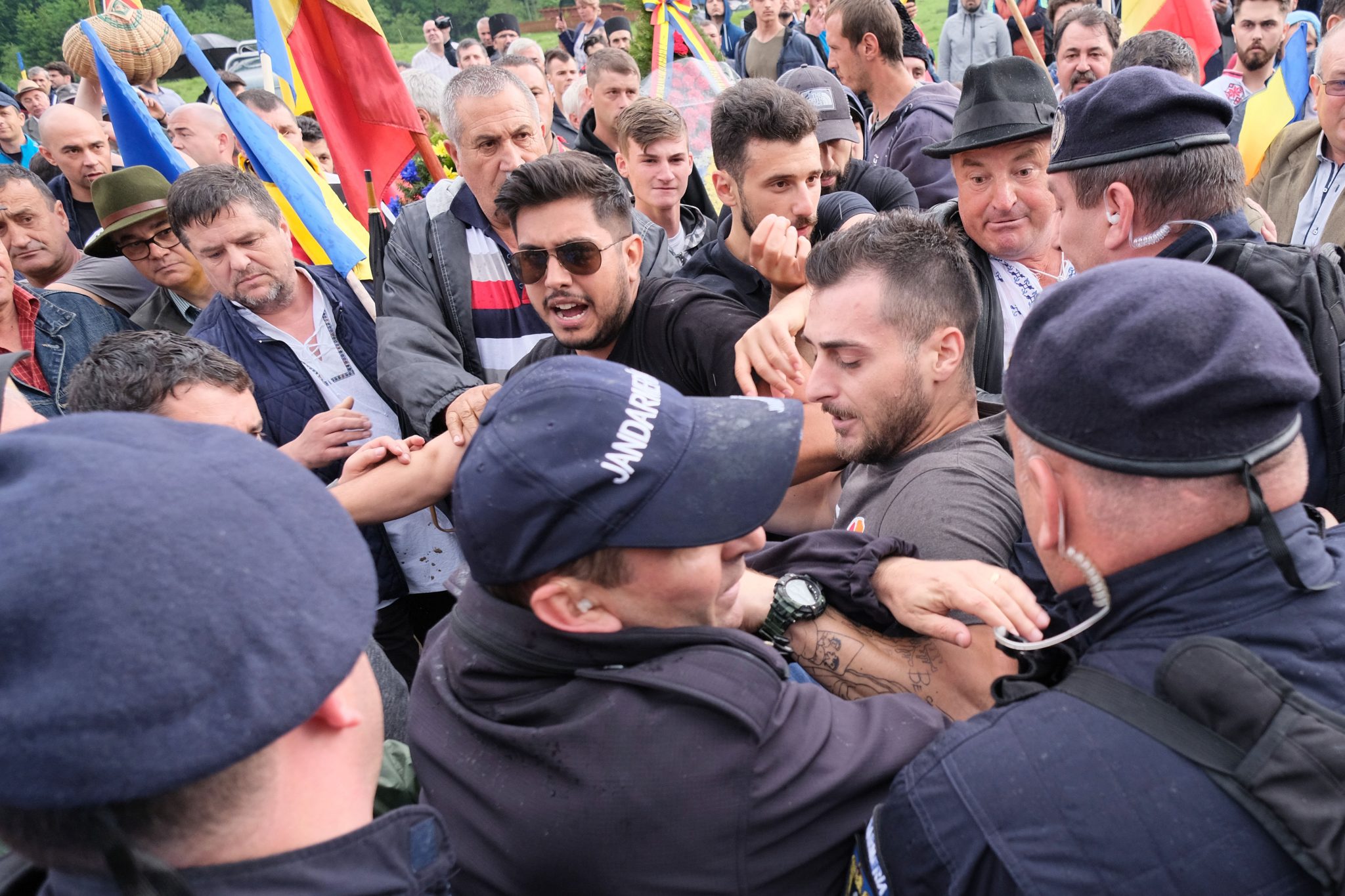 Angry Romanian nationalists broke into a Hungarian WW1 memorial site in Úzvölgye, Romania. First, they were battling the Romanian Gendarmerie, then started abusing the peacefully protesting ethnic Hungarians with flagpoles. Later they broke through the cemetery gate to the stone cross monument and the site. The Hungarian government has submitted a letter of protest, and the Romanian ambassador to Hungary was summoned for a meeting in the foreign ministry, which the Ambassador refused. Instead, the Romanian Foreign Minister asked his Hungarian counterpart to send a “clear message to the Hungarian community to avoid confrontation and escalation of tensions.”

The Úzvölgye military cemetery is the largest WW1 memorial site in Romania’s Hargita county, holding the graves of some 600 soldiers from Austria-Hungary.  However, the local council of the eastern Romanian town of Dormánfalva (Dormănești), in Bákó County, has moved to establish a memorial site in the cemetery for Romanian soldiers who fell in the Second World War.

Although there was no evidence that the remains of the Romanian soldiers would be in the cemetery, the local government of the nearest town, Dormánfalva (Dormănești) decided to set stone crosses in memory of the Romanian soldiers allegedly resting there. This has resulted in the erection of 52 concrete crosses and one large Orthodox cross in the fenced-off cemetery site. The Romanian authorities later acknowledged that there had been no legal basis to do this. Some say the decision is also in violation of international law.

The Romanian Ministry of Defense said any modifications of international war memorials in Romania can be made only with the preliminary approval of the National Heroes’ Memory Office (ONCE), which is a subordinated organization of the ministry. This office has never approved any modification of the graveyard in Úzvölgye. 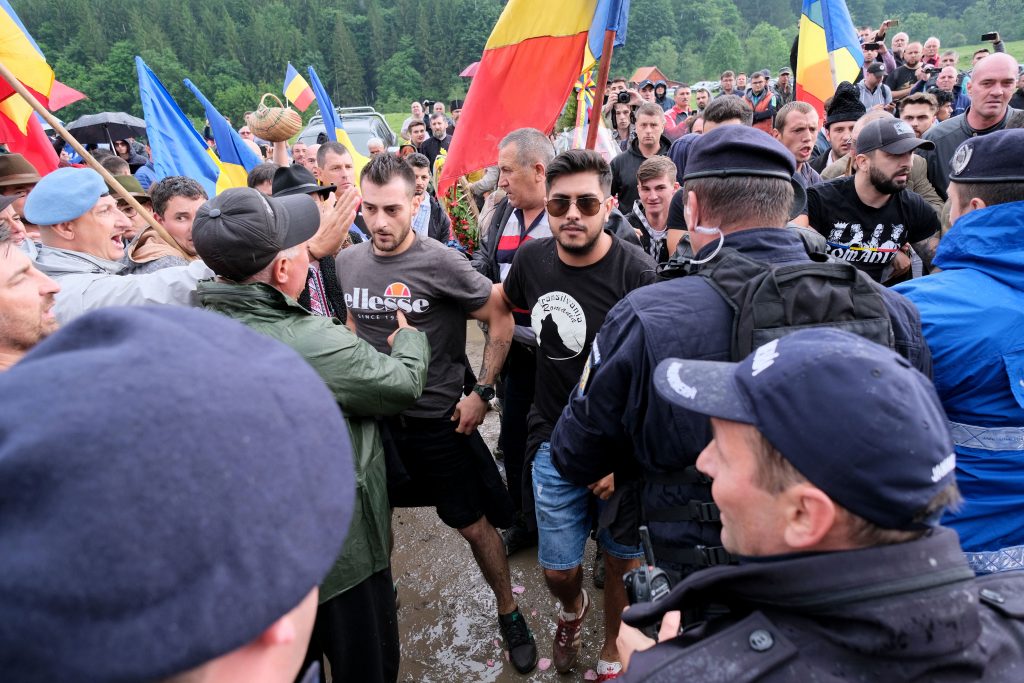 Despite the official Romanian standpoint, the government of Dormánfalva announced that the inauguration of the Romanian war memorial would be held on Thursday.

Serious incident in the cemetery against Hungarians by Romanian crowd

Many ethnic Hungarians(Székelys), to prevent the Romanian crowd from entering the graveyard, prayed in silence, forming a human chain at the cemetery. Despite a heavy police presence attempting to keep the situation under control, and the Romanians calm, a group eventually broke through the police cordon, crashing through the fence and tearing down the gate from inside.

The Romanian crowd then entered the graveyard, tore down Hungarian crosses that stood on the grave sites and began a Romanian Orthodox religious service to consecrate the Romanian war memorial,laying wreaths at the freshly erected concrete crosses.

The ethnic Hungarians even had to move away from the fence because they were abused by flagpoles from the inside, according to Hungarian state news agency MTI. Many reported that a group of Romanians threw stones at those Hungarians who formed human chains.

Before the atrocities occurred, Foreign Minister Péter Szijjártó met Teodor Meleșcanu, his Romanian counterpart, and “emphatically requested” that Romania “leave no room for provocation” and to “do everything to avoid any physical transgression” in connection with recent changes to the Úzvölgye military cemetery. 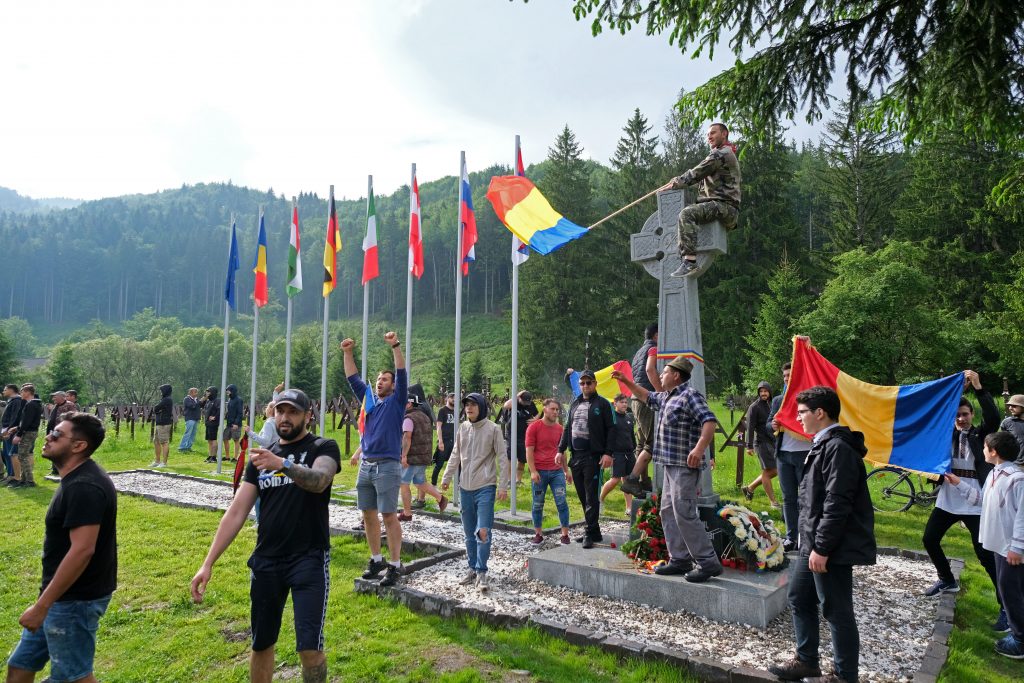 However, according to Levente Magyar, state secretary of the FM, the Romanian Ambassador to Budapest has refused the meeting in an unprecedented way in diplomacy, on Friday. The State Secretary also called the atrocities an “anti-Hungarian provocation.”

In a statement, the Romanian Foreign Minister, Teodor Meleșcanu, asked his Hungarian counterpart Péter Szijjártó to send a “clear message to the Hungarian community to avoid confrontation and escalation of tensions.” According to the statement, Teodor Meleşcanu assured Szijjártó that the Romanian authorities had taken all the necessary measures, so there was no need for “non-constructive external interventions.” 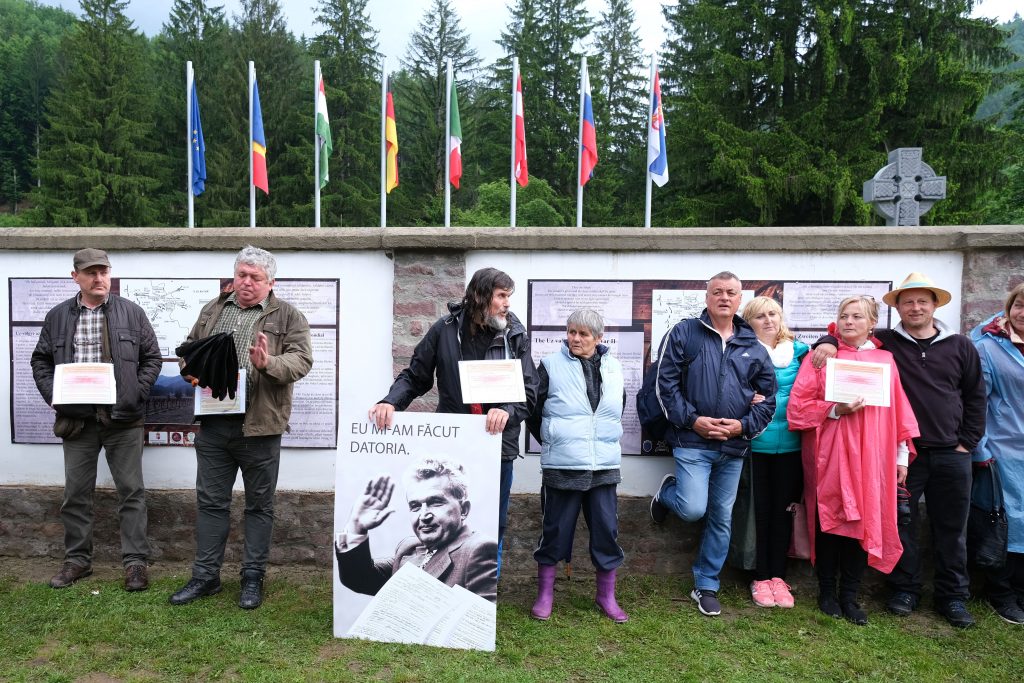 RMDSZ demands consequences and wants to stop incitement of hatred

Issuing a statement, the Democratic Alliance of Hungarians in Romania (RMDSZ) condemned those who “resorted to physical violence and barbarian aggression” to intimidate the peaceful Hungarian presence, and have called the authorities to detain those responsible and asked the Romanian media to “end misinformation and incitement to hatred.”

In light of the fact that Romanian authorities failed to prevent the atrocities, RMDSZ President Hunor Kelemen called on Prime Minister Viorica Dăncilă to terminate Minister of Interior Carmen Dan, and Hargita County prefect Adrian Andrei, holding them directly responsible for the events. 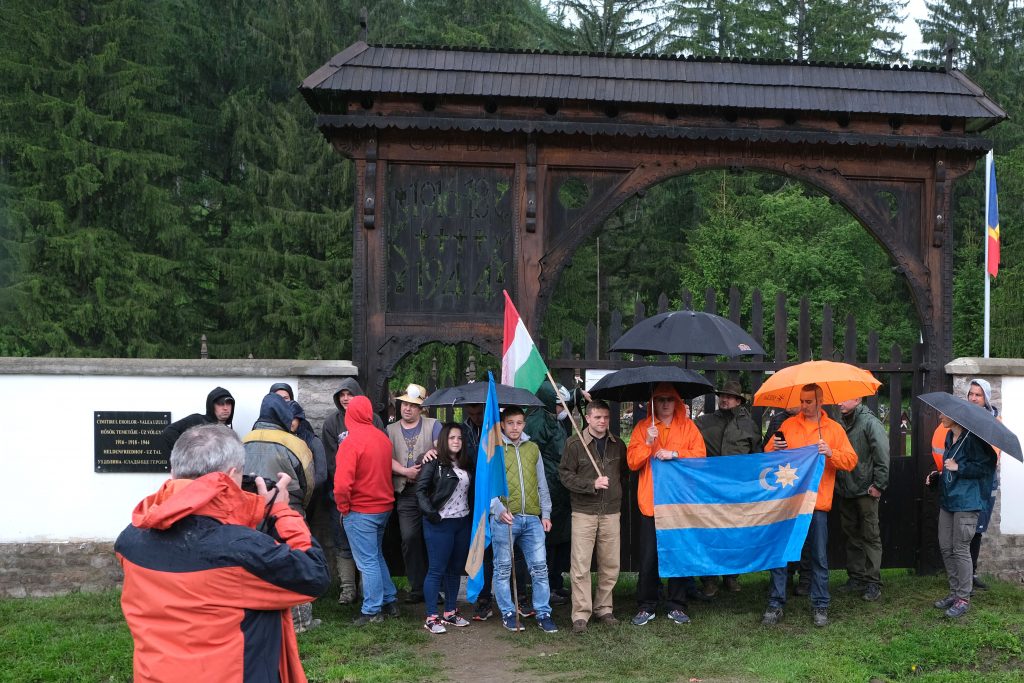 In reaction to the incident, Deputy Prime Minister Zsolt Semjén, who has recently visited the Úzvölgye cemetery, wrote in a Facebook post that

If the Romanian politicians didn’t want to prevent this barbarity, then it is moral scandal, and if they couldn’t, then it is the total failure of the public administration.”