Excavators are 99% Sure Tomb of Andrew II Found

Hungarian and Romanian archaeologists have identified the royally founded Cistercian church’s layout in Egres (Igriș) Romania, saying they are 99% sure that the two excavated tombs from last summer are the final resting places of Hungarian King Andrew II and his second wife, Jolanta Courtenay, said Balázs Major, the executive of the excavation, to MTI.

The Pázmány Péter Catholic University’s Archeological Institute and local cognizant Museum of Banat from Timișoara, started the shared research program in 2013 with Daniela Tanase and Balázs Major as chief executives.

Major, director at the Pázmány Péter Catholic University’s Archeological Institute, told MTI that they could only work two months because of the pandemic, but this was enough time to uncover the church’s past layout, which is currently under a dirt road. It was an important step to define the complete design of the church and to locate the graves in it, which they had found last year. 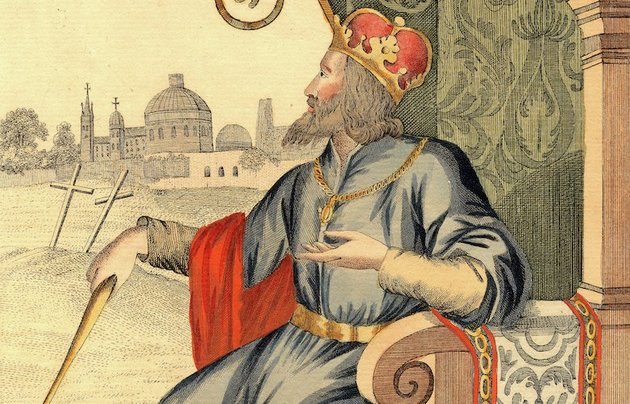 In Egres (Igriș), Romania, archeologists may have found the location of the tombs where Hungarian king of the Árpád Dynasty, Andrew II and his second wife Yolanda de Courtenay were buried.  Pázmány Péter Catholic University (PPKE) archaeologist Péter Langó, told MTI that the discovered location suggests in its structure that the two stone sarcohphogi, in which […]Continue reading

“Last year we were 95% sure that we found the royal grave, which increased to 99% this year. Between the altar and last year’s tombs, there’s still an un-excavated block, until we open that one up, we leave that 1% uncertainty there” said Balázs Major.

Major says that it’s possible that the church had been looted during the Invasion of the Tatars (1241-1241). The Tatars were known for only stealing accessories and jewellery, collecting the human remains and burying them elsewhere; therefore, there’s still hope the archaeologists will find actual human remains of the King.

Major explained that 2013 was the first time anyone ever located the Cistercian convent, not remembered by anyone. They want to change the fate of the church. He hopes that within a year the first 3D reconstructions will be available. Within two years, they want to present the findings, which is perfectly timed for the 800th anniversary of Andrew II’s Golden Bull from 1022.