Fraud within the Hungarian tax authority has not been investigated, US Chargé d’affaires told the weekly Heti Válasz. André Goodfriend said in the interview that the US had documented evidence of fraudulent activity within the tax authority, adding that the entry ban affecting six officials was not just because they had done “too little” against corruption. André Goodfriend also confirmed that the US embassy had shared several documents as evidence with the government besides the “scrap of paper” which was only some sort of “reminder”. Previously PM Viktor Orbán had said that the document the government received from the US Embassy in Budapest is “a scrap of paper” with no stamp or signature.

Vida said today she expected an explanation from the US embassy, noting that Goodfriend “made a remark clearly suggesting that I have committed a crime”. “He owes an explanation to Hungarian citizens, to me, and to 23,000 employees of NAV that do their jobs with humility, while they are forced to endure unethical, tasteless and unjust attacks”, she said. “This time you cannot get away with this without providing an explanation. Defaming and slandering someone must have its consequences. Because this is considered a criminal offence in Hungary”, Vida wrote today in an open letter addressed to Mr. Goodfriend.

Meanwhile the opposition Socialists (MSZP) have started to demand the public prosecutor to launch an investigation against tax office head Ildikó Vida, who falls under the US entry ban. Socialist deputy leader Zoltán Gőgös protested that Vida was still in her post, despite the US embassy “making it clear” that she was involved in criminal activities. Previously economy minister Mihály Varga told that he would not dismiss Ildikó Vida, because it was “the worst option.” The government still waiting for the US embassy to provide any evidence to support the corruption allegations involving the Tax Chief. 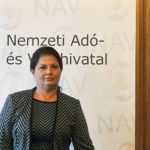 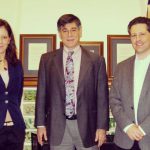