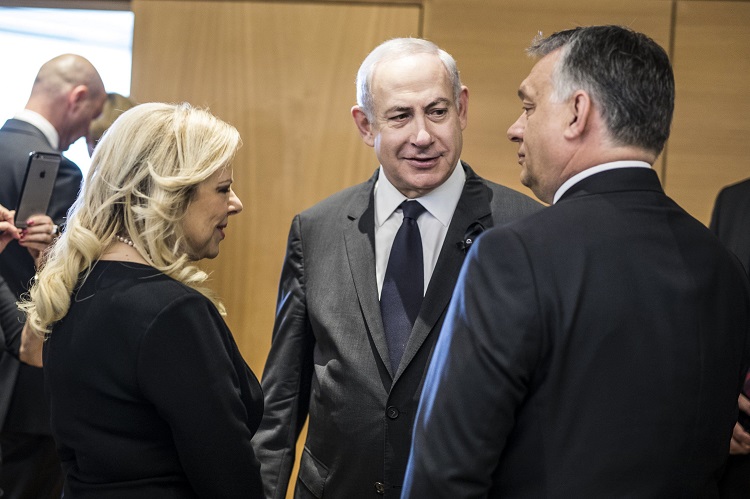 Amnesty International’s Hungarian and Israeli chapters have expressed concern over what they see as “growing collaboration” between Hungarian and Israeli prime ministers Viktor Orbán and Benjamin Netanyahu, arguing that both leaders are running “smearing” campaigns against rights groups and their activists.

Both politicians “thrive on hatred towards universal human values and norms, delegitimizing voices of advocates for human rights and running smearing campaigns against activists and groups”, the organisations said in a joint statement on Monday.  They added that both countries have passed or are planning to pass legislation which seek to “limit non-governmental organizations, known for their struggle for democracy, securing human rights for all, and calling their governments for accountability”.

They also raised concerns over what they called “the poisoning of the public arena in both countries” through the use of a “smearing rhetoric” by the two leaders “and their groundless accusations of human rights groups, Amnesty International included”. At the same time, they welcomed the European Commission’s decision to launch an infringement procedure against Hungary over the law on the transparency of foreign-funded NGOs.

The statement quoted Amnesty International Israel’s programmes director Molly Malekar as saying that at their upcoming meeting, Orbán and Netanyahu “will exchange not only anti-democratic values, but also means, which are aimed to execute these values”. Júlia Iván, AI Hungary’s director, called on Orbán and Netanyahu to “reconsider their human rights performances” and return to pursuing policies that respect and protect the human rights of all.

The Hungarian Government Information Centre responded saying both Hungary and Israel take a firm stand against “paid organisations” like Amensty International.  “Hungary is taking determined action against the organisations funded by George Soros, and so is Israel according to news reports. Amnesty International is also an organisation that is funded by George Soros. The paid activists by George Soros want to bring hundreds of thousands of immigrants into Europe and are continuously attacking those countries that are protecting their borders”, the statement reads.

Netanyahu is scheduled to arrive for an official visit to Budapest today.