On Tuesday, the Budapest Court of Appeals upheld a previous conviction leveled against obstetrician, mid-wife, and home-birth activist Ágnes Geréb. The 65-year-old has been sentenced to two years in prison, and in addition has been barred from practicing her profession for the next ten years.

Geréb was arrested by police in October 2010. In February 2012 the appeal court in Budapest sentenced her to two years in prison in connection with two cases of home births. One involved assisting with the birth of twins, one of whom was born dead. In the other case, she assisted in the birth of a baby who suffered severe complications and died six months later. Geréb and her attorney later appealed for a retrial, citing newly submitted opinions by experts.

The Budapest Court of Appeals said on its website that the newly submitted information was insufficient to prove that the complications resulted from neonatal infection.

Giving Birth at Home in Hungary

Home births in Hungary have a long, controversial history. Naturally, before the rise of the modern medical and hospital system in the mid-20th century, home births were the norm, and made up the overwhelming majority of births in the country. As was the case elsewhere in the world, however, over time hospitals began to become the preferred place for births, a shift which led to a drop in the country’s infant mortality rate.

The roots of Hungary’s contentious modern relationship with the practice have their roots in the Communist era. As in other Warsaw Pact countries, home birthing was outlawed, as healthcare, and childbirth alongside it, came fully under the power of the state. While people continued to give birth at home, they had to do so surreptitiously, and cover their tracks by claiming to have had no other choice, for fear of prosecution. Despite the end of the Soviet-controlled Communist regime in 1989, Hungary’s ban on home births remained in place, and those who wished to give birth at home continued to be forced to do so in secret.

This legal limbo officially came to and end in 2011, when the Orbán government passed a law legalizing home births “under strict safety conditions.” But while this law may have partially brought home births out from the shadows, it created a number of issues of its own, since the state currently does not provide any financial support for the practice of home birth. More critically, to this day Hungary does not have a fully worked-out accreditation system for doulas and home-birthing experts, and the practice continues to be heavily discouraged.

Likewise, Geréb’s career has similarly been both long and controversial. After receiving a medical degree from the University of Szeged in 1977, she began working as an obstetrician and gynecologist in hospital settings, and from the very beginning was one of the first doctors in Hungary to allow fathers into the birthing room. Over time, however, she began increasingly to move toward the still underground world of home births. Speaking to Index, the midwife said that she had overseen roughly 3,500 home births before her arrest in 2010, all of which had officially been illegal.

The incidents that led to Geréb’s arrest and subsequent conviction occurred in 2003 and 2007. In the first case, one twin was born without any issues, but the other went 12 minutes without oxygen, suffered severe brain damage, and died twelve months later as a result. In the second case, a baby died during childbirth as a result of shoulder dystocia, a rare labor condition in which the infant’s shoulder cannot pass below the pubic one. These incidents triggered a series of legal cases and appeals that culminated in this week’s ruling by the Budapest Court.

Responding to her conviction, the controversial gynecologist said that

These lawsuits and criminal proceedings against me are actually about the fact that there has been an increasing societal need for home births. The right to these could not be suddenly accepted in a situation where, for decades, the bribery-based medical establishment dismissed the expert truths that were linked to my person…The solution has been to violently push me aside as the ‘black sheep’ of home-birthing, without whom the previously ‘dangerous and prosecutable’ practice can be viewed as nice and good.

Within Hungary, opinions regarding Geréb’s decision have been decidedly mixed. Many feel that Geréb is essentially being persecuted for her work to bring home birthing into the mainstream, and for attempting to provide Hungarian families with an option that is a recognized right in other Western countries. These critics note that many women don’t feel comfortable or safe in hospitals, and want to be able to give birth in the comfort and security of their own homes. They also argue that Geréb is a medical professional who has helped countless families, and is being punished for events that could have happened in a hospital setting as well.

These views were shared by Nick Thorpe, the BBC’s Budapest correspondent, whose children Geréb helped bring into the world. In a Facebook post, the journalist wrote the following:

In another post, Thorpe claimed that shoulder dystocia, the issue that caused one of the children’s deaths, is a rare problem that “is the nightmare of all obstetricians.” He added that “on average 7 babies die each year in Hungarian hospitals from this. The doctors are never even prosecuted, let alone fined, or jailed. Ági was prosecuted, and persecuted, because she dared to work independently of the state.”

On the other hand, many others, including members of the press and medical community, have been highly critical of Geréb’s practices, and view her conviction as just. Writing for the news outlet HVG, György Balavány argued that, regardless of how good her intentions may have been, Geréb broke the law, and two children died as a result. In particular, the columnist argued that the midwife had repeatedly, and knowingly, broken the law, and that those whom the public should truly feel sympathy for are

the children who were her victims, and their parents.

Likewise, a caller on Hungary’s Klub Radio criticized Geréb’s professional qualifications and her practices. The caller, who identified herself as a doctor, argued that the midwife had, in fact, not been keeping herself to professional standards in her home births. In particular, the caller claimed that, while there are those in Hungary who are qualified to perform home births, Geréb is clearly not one of them. The caller further claimed that Geréb had, at times, agreed to burn the placenta or bury it in the backyard at parents’ request, a practice which, according to the caller, is a clear indication of unprofessional and inappropriate behavior. 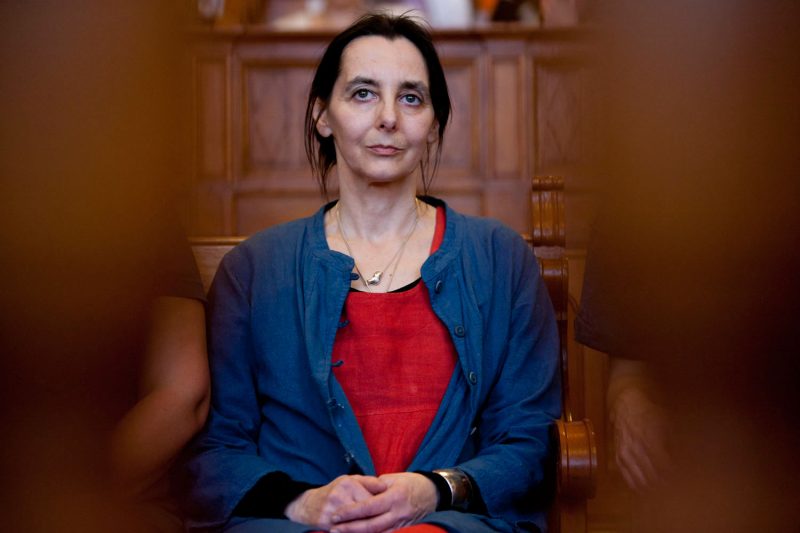 The President of Hungary Dr. János Áder has accepted the plea for clemency of the internationally-acclaimed independent midwife/ obstetrician and gynecologist Dr. Ágnes Geréb and canceled the prison sentence against her. President Janos Ader has pardoned homebirth midwife Agnes Gereb, who was earlier sentenced to imprisonment, according to a statement published on the president’s website. […]
Gábor Sarnyai 2018.06.29.