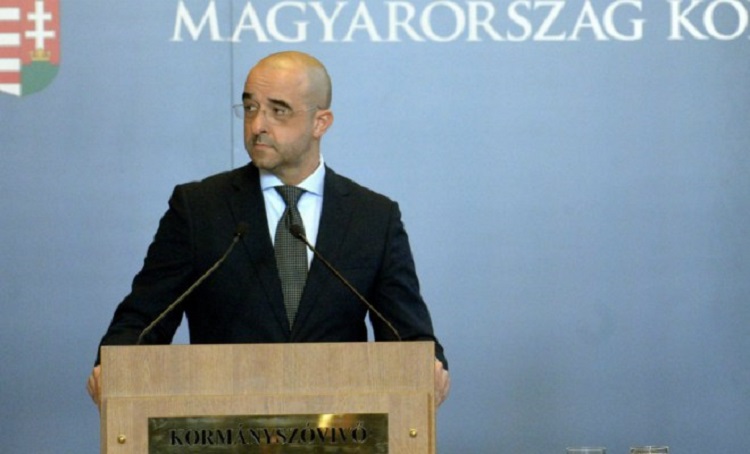 According to Hungarian wire service MTI, government spokesman Zoltán Kovács said on Wednesday that the German government had been “deceived” by Hungarian-American billionaire George Soros’ “lies” regarding the higher education bill hastily signed into law this week.

While the ruling Fidesz-KDNP coalition claims that the new amendment is meant to address “irregularities” among foreign universities operating in Budapest, the legislation is widely perceived as targeting on institution in particular: The Central European University (CEU), which was founded by Soros a quarter-century ago, and routinely ranks as the best university in Hungary.

Perhaps not coincidentally, PM Viktor Orbán and his government have been launching an attack on Soros and any institutions related to him; in the name of ‘defending Hungary,’ they have pushed legislation targeting civil society organizations, and routinely issue language implying that Soros is the true enemy in the upcoming 2018 election.

The government spokesman insisted that the amendment, which has received condemnation from politicians, Nobel prize winners, and some of the world’s top universities as an attack on academic freedom, was actually designed to eliminate irregularities and “remove unjustified advantages to a higher education facility in Hungary to the detriment of all others.”

The higher education amendments will require foreign colleges and universities in Hungary to operate under an intergovernmental agreement and to have a campus in the country in which they are based.

This “unjustified advantage” which Kovács refers to, and which was mentioned in a radio interview with Orbán last Friday, likely refers to the fact that CEU is accredited in both Hungary and the State of New York, and as such can grant both US and Hungarian degrees, without having a physical campus in the US. CEU has rejected that such a practice is unfair in any way, pointing out that many of the best English-language universities in the world operate in exactly the same way.

Interestingly, the daughter of János Áder, President of the Republic of Hungary, attends exactly such a school in the UK, The American International University in London.

On the day of the “Lex CEU”’s passage, German President Frank-Walter Steinmeier spoke in support of CEU in the European Parliament, saying that

if we want to be a lighthouse in the world for the rule of law and for human rights, then we cannot ignore, when these foundations are shaken in the midst of Europe. Europe, then, must not be silent, when civil society, even academia – as now at Central European University, Budapest – are deprived of the air to breathe.

Politicians, academic institutions, and researchers around the world have expressed their support for CEU and their condemnation of the Hungarian government’s actions; the list of CEU supporters stretches from Hungarian EU Commissioner and Fidesz member Tibor Navracsics, to the President of the Hungarian Academy of Sciences, to leaders at international universities like Princeton, Oxford, and Duke, to the US Department of State, to 17 Nobel prize winners and hundreds of prominent academics. 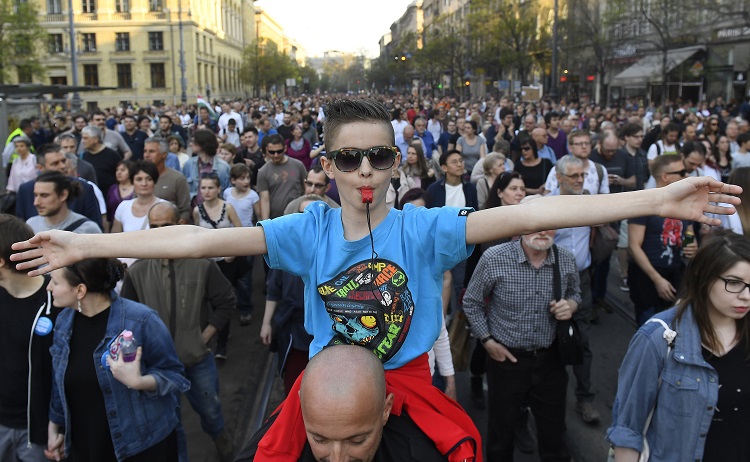 On Sunday, 10,000 people participated in a demonstration in support of CEU, entitled “Today it’s CEU, Tomorrow it Could Be You” (Photo: MTI- Tamás Kovács)

Several large protests have been held in support of Central European University as well.

In addition, this week the Chairmen of CEU’s Board of Trustees, Leon Botstein, together with fellow Board members Carol Christ and Jonathan Cole, published a piece in The Washington Post defending CEU and attack what they describe as the Orbán government’s “xenophobic attack on Central European University,” which they characterize as “a threat to freedom everywhere.”

Their article discusses the way in which the Board members see the Lex CEU as an outright attack on academic freedom, one which will hurt all universities in Hungary. In conclusion, Botstein and his fellow trustees ask readers a question:

This effort to crush the autonomy and freedom of a distinguished institution of higher learning cannot be permitted to succeed. It must be resisted in open and courageous ways, for if it is not stopped, where will this all end? 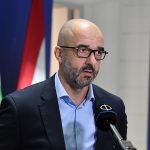