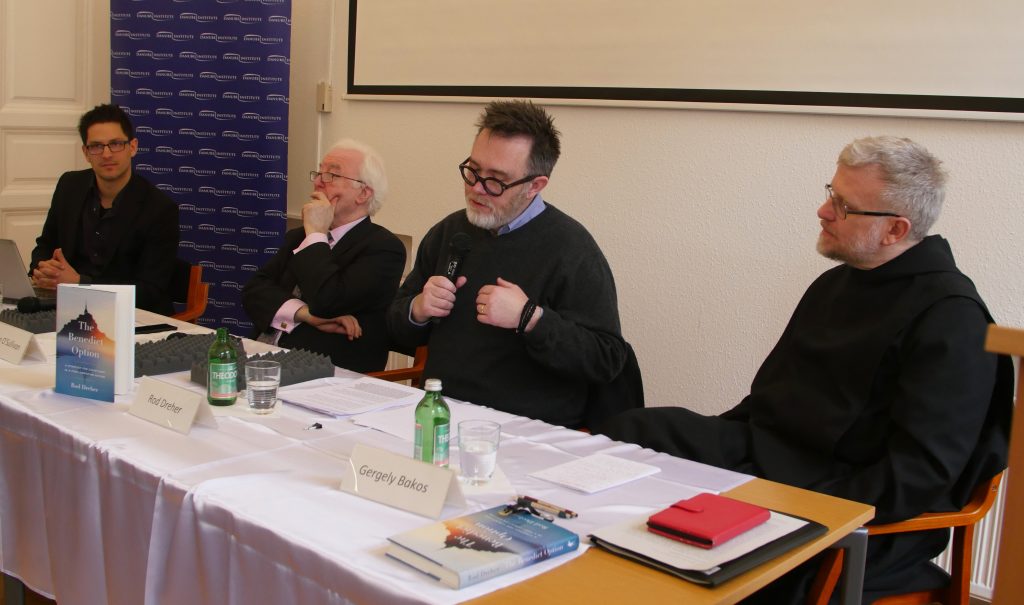 Earlier this month, American religious thinker and journalist Rod Dreher held a talk in Budapest at the Danube Institute, a conservative think tank based in the city. During the event, Dreher discussed his book The Benedict Option, which advocates that Christians “withdraw” from the surrounding culture and live in communities “firmly rooted in religion and tradition.” 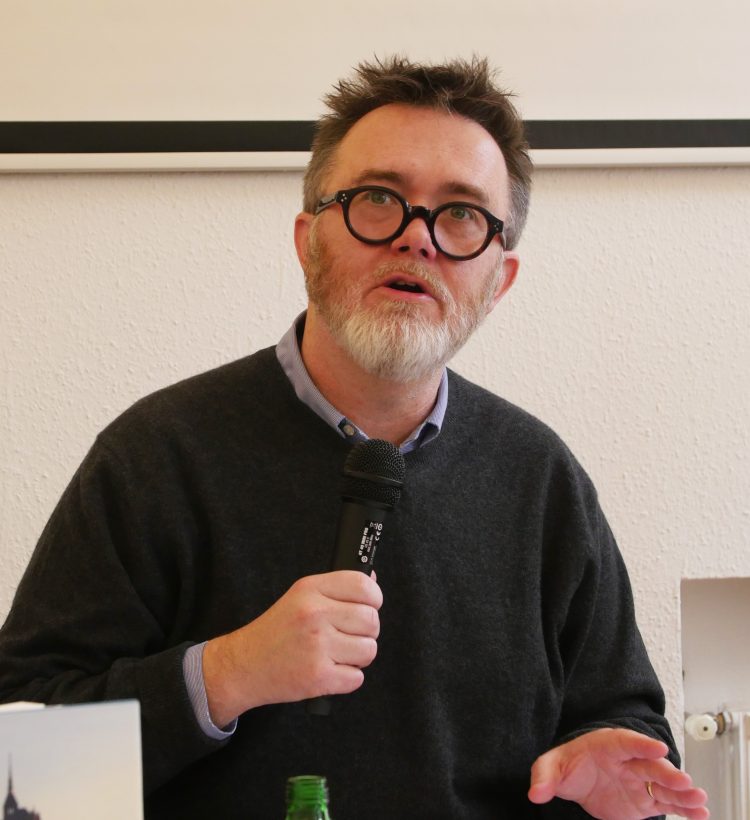 The talk began with an introduction by John O’Sullivan, the Danube Institute’s President, who provided a bit of background information on the Institute, as well as a brief overview of the day’s event. He discussed religious issues and trends currently developing the western world, from growing irreligiosity and a perceived “withdrawal” of religion from the public sphere in the United States to issues arising from Muslim immigration into Europe.

O’Sullivan then introduced the day’s speaker, Rod Dreher, and spoke a bit about Dreher’s book The Benedict Option. He also quickly introduced the day’s co-panelists, Miklós Szerdahelyi, editor of the Catholic blog Katolikus Válasz, and Gergely Bakos OSB, a Benedictine monk and philosopher, before handing the floor over to Dreher.

Dreher, a religious conservative who has risen to prominence through his writing for the American Conservative magazine, as well as for his books, including The Benedict Option, which formed the main topic of his talk.

Beginning his discussion, Dreher expressed his “surprise” that his book had received such a positive reception in Europe, as it had been primarily “written for American religious conservatives.” He argued that he wrote his book to “shake” American religious conservatives out of their complacency, while pointing to Europeans as “living, already, the future that is going to become our future in the United States,” of laicite, of a removal of religion from public life.

Dreher also spoke a bit about whether “the West” is in a state of imminent “civilizational collapse,” exploring the thinking of a number of prominent figures, including Patrick Deneen’s recent book Why Liberalism Failed. Dreher went on to argue that, while liberalism (which he defines as “the political and economic settlement we have been living under since the 19th century) depends on consensus, it also “atomizes society,” and lacks a “coherent tradition,” which is why the western world is facing may of the issues it faces today. 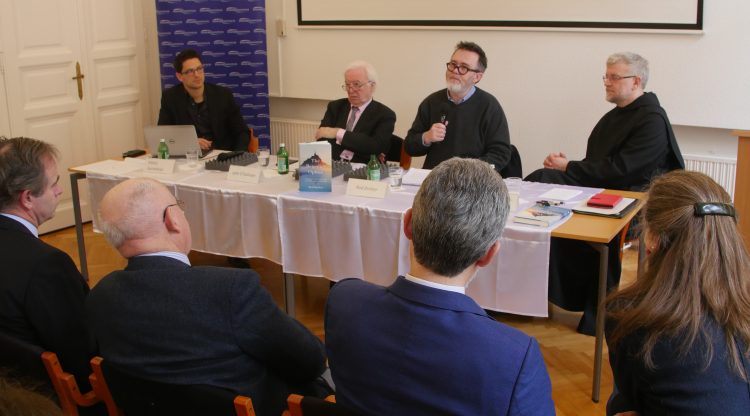 According to Dreher, the Benedict Option is about the “fundamental choice facing all serious, traditional Christians today in our post-Christian civilization,” which he defines in the following way:

Do you continue working to shore up the current political, economic, and civilizational order, or do you instead put more focus on building up local forms of Christian community within which faith can be preserved through the present and coming darkness?

He went on to claim that “serious Christians have no real alternative but to choose the latter,” while adding that he did not mean that Christians should “run for the hills” and isolate themselves into cult-like groups; rather, Dreher claimed that Christians need to “go much more deeply” into their own traditions and change how they live.

Dreher discussed the ways in which his idea of a “Benedict Option” was informed by time spent with Benedictine monks in Italy, who showed him that religion should not be a part of life, but a “way of life.”

The conservative blogger claimed that the West was facing a “spiritual Dunkirk,” where the best option for Christians would be to retreat and regroup in the hope of winning a future cultural victory. Dreher addressed what he called the “liquid” nature of modernity, with its fast rate of change and “no fixed landmarks.” He then went on to criticize what he claimed is a collapse in religion and religious knowledge; in particular, he claimed that most millennials, including Christians, religiously subscribe to what he called a “moralistic, therapeutic deism,” rather than true faith.

Dreher then went on to claim that the Christian church “in the West is in terrible shape,” and that all of them are “in a state of rapid decline both in terms of quality and of quantity.” He also criticized Pope Francis, claiming that the Pontiff’s emphasis on mercy and his description of the church as “not a fortress, but a field hospital” ignored the importance of doctrine.

He argued that Christians need to “spiritually regroup” by focusing more on building Christian communities and focusing on faith, while claiming that they need to be ready for “the long siege” of the modern world. 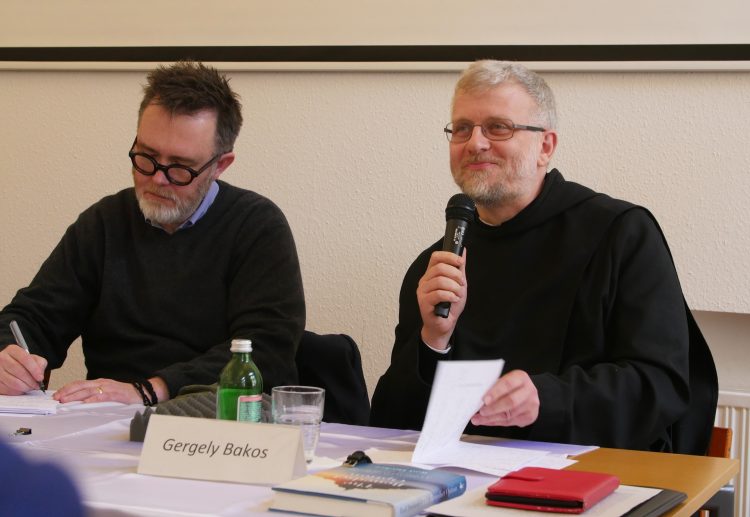 During the Q&A session, Szerdahelyi and Bakos responded positively to Dreher’s ideas, with Bakos in particular noting that, when looking at the way people treat others, it is clear that “Hungary is not a Christian country” anymore.

In addition, members of the crowd questioned Dreher’s “Benedict Option,” with some praising it, and others criticizing it for its negative, apocalyptic vision of the modern world, which, in their view, has brought freedom, prosperity, and democracy.

When Dreher, an Orthodox Christian, was asked about his views on the Russian Orthodox Church’s troublingly close relationship with President Vladimir Putin, a dictator noted for human rights abuses and the assassination of political opponents, the writer claimed that didn’t feel informed enough to “take a stand” on the issue.

Photos via the Danube Institute 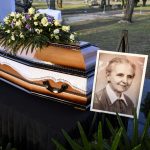