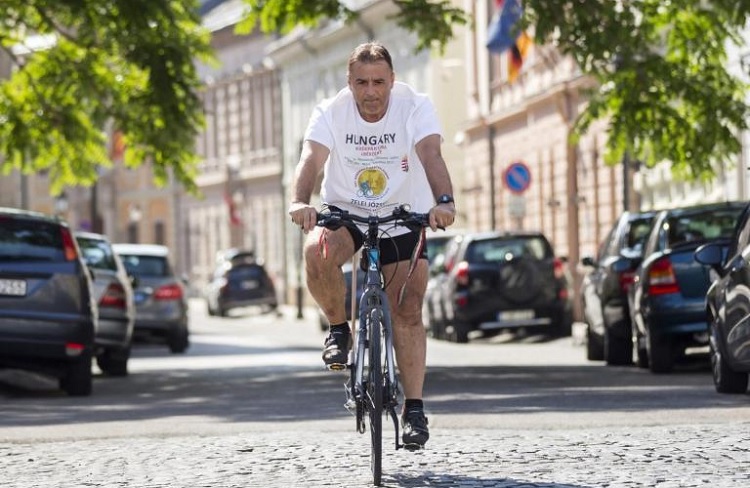 A WWI memorial bicycle tour has left for a former Hungarian POW camp in Italy. Cyclist and ambassador for peace József Zelei is paying tribute to Hungarian soldiers killed during WWI by leaving on Thursday for a bicycle tour from Budapest to the Italian island of Asinara, north of Sardinia, where thousands of Hungarian prisoners of war were taken.

He will follow the route of POWs through Szeged, Subotica (Szabadka), Belgrade, Nis, Pristina, Prizen, Vlora, Capistrano, Vittoria and Stintino to erect a traditional carved wooden memorial plinth on the island, where he is planned to arrive on September 25th.

You can also view a larger version of his Trip Map created with eSpatial mapping software.

Defence Minister István Simicskó said in a message read out at the departure ceremony in the Budapest castle district that the message of the tour is to promote peace in Europe. “It is important to remember and remind people of the heroic soldiers who fought for and sacrificed their lives for our nation … in the Great War”, he added.

Soldiers of the Austro-Hungarian Monarchy captured in Serbia in 1914 were forced to walk some 800 kilometers through the Balkans, then shipped to Asinara. Of the 85,000 POWs, only 6,000 could return home, well after the war.