In Northern Hungary, high in the Zemplén mountains, atop a cliff, stands the fortress of Füzér. It is likely that one of the members of the Aba family ordered the construction of the fortress. It was first mentioned in a charter from 1264. During its long history it has been ruined, but in the last few years parts of the fortress have been restored.

András Balogh invites us to travel through time within his video about the fortress of Füzér at winter time;

At times it feels like one is looking around Castle Black from the immensely popular HBO series Game of Thrones. All that’s missing, it would seem, is Jon Snow and a direwolf or two. 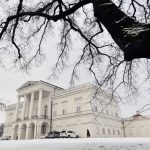 30 Castles and Fortresses to Be Revamped 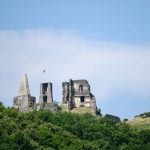