Almost Half of All Hungarian Municipalities Lack Pharmacies

In total, there are more than 3,000 pharmacies in Hungary; however, 47% of municipalities are left without one at all according to 24.hu’s in-depth analysis.

Overall, there are approx. 2,300 public pharmacies and 680 branch pharmacies (with fewer restrictions and no obligation to prepare pharmaceuticals on the spot) in Hungary, and more than 200 pharmaceutical dispensaries and 180 institutional treatment units complete this number.

24.hu interviewed the President of the Hungarian Chamber of Pharmacists (MGYK) Zoltán Hankó. He revealed that Hungary’s situation is actually rather good, especially in comparison to Europe’s. However, he doesn’t expect that the rate of pharmacies will rise and insists that the maintenance of the current network be the goal instead. This, however, would be a complex task. Not only would the low-traffic rural pharmacies’ maintenance costs need to be provided, but also the means and perspectives. The latter is especially important as this could be what attracts young people to potentially take over these pharmacies. 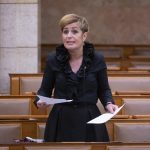