All against Orbán’s Hungary

Still fragmentation, ideological disputes and personal vanity destruct the hopes of the opposition to win the elections and their relief.

On 8th April Hungary elects a new parliament. The reigning young democrats (Fidesz) of Viktor Orbán and their ally, the Christian Democratic People’s Party (KDNP), welcome now, according to all demoscopic findings, after an unexpected defeat in the mayoral election in Hódmezővásárhely again strong encouragement. In the provincial town after the victory of the mayor candidate supported by the socialists (MSZP); the party demerging from it, called DK (Democratic Coalition of the former, not too popular head of government, Ferenc Gyurcsány, the “Liar”); the left-wing green party, LMP (“Politics Can Be Different”); and the former right-wing extremist but since 2015 expressly “civil” behaving “Movement for a Better Hungary” (Jobbik), the opposition considers itself as strengthening. The by-election has shown how the governing parties could be completely beaten in Hungary:  if the forces of the opposition agreed on one candidate in the direct electoral districts who may be acceptable for the voters who are weary of Fidesz and KDNP.

Where do we stand with Jobbik?

Still such oppositional cooperation may be an illusion under the circumstances because they are not in the position to build a closed “Anti-Orbán Formation”. The post-communist MSZP has not even been able to introduce a suitable replacement of their short-time top candidate, László Botka, former mayor of Szeged, and they had to borrow Gergely Karácsony, the leader of the party called Párbeszéd (“Dialogue”), which demerged from LMP. In a joint event of the pollster institute “Republikon” and “Friedrich-Naumann Foundation” associated with the German FDP, the greatest disagreement in Budapest between MSZP, DK, LMP, and Párbeszéd revolved around the question to what extent Jobbik – not taking part in the meeting – shall be involved in the cooperation. Although LMP sees ideological differences between themselves and Jobbik, they consider that a majority in the parliament replacing the Orbán-government being in power since 2010 would be entirely unrealistic without Jobbik. While Karácsony would also “ally with the devil” “to beat Fidesz”, Gyurcsány’s DK does not want a “Hungary where Gábor Vona may be the head of government”.

With so much (un)willingness for cooperation, anything other than a clear election victory of Orbán on 8th April would be a great surprise. The option of Fidesz and KDNP approaching a two-thirds majority in the parliament may be ruled out. However, with an anticipatory comfortable absolute majority of the parliament seats, it is also possible to govern properly. All important matters for which, as formerly for the new constitution, the two-thirds majority was indispensable have long been implemented politically according to the 2010 programme of “Rebuilding of Hungary from top to bottom” propagandized by Orbán.

Orbán’s politics have always been criticised massively internally and externally. He has been accused of “destroying liberal constitutional state in the name of majoritarian democracy” since he confessed to “illiberal democracy” in July 2014, in the Transylvanian Tusnádfürdő (Romanian: Băile Tușnad; German: Bad Tuschnad or Kaiserbad). Such verdicts unveil more and more, since in every parliamentary democracy, a party that achieves the majority of votes and/or seats determines politics. If it were not the case, the United States, Great Britain, France, and Germany would be considered as undemocratic.

The new Hungarian Constitution and the Media Act from the first election term after the brilliant election victory of Orbán’s Fidesz in 2010 are considered as evidence for such deeds. However, this is in contrast with the well-founded statement of the renowned German constitutional law expert, Rupert Scholz, according to whom the Hungarian constitution has all the contemporary constitutional standards. Incidentally, it is rarely known that it has been worked out with the enormous help of German jurists. In addition, the so-called Dohnanyi Report of the “German Association of Foreign Policy” (DGAP) led the invective comments, mostly dressed up as “quality journalism”, about the Hungarian Media Act and other political matters in Orbán’s Hungary to absurdity.

The plagues of George Soros

The closure of the newspaper called “Népszabadság”, which was a party organ of the Hungarian communists before the change of regime and in which the successor party MSZP was involved despite the majority ownership of the Swiss publishing house Ringier, can be considered as a further proof of the stance of the Orbán-government as “anti-democratic-authoritarian”. Ringier already sold the loss-making newspaper to Mediaworks Hungary AG in 2014, from which the Vienna Capital Partners (VCP) of the Austrian Heinrich Pecina took it over. They closed down the newspaper in 2016 due to the lack of liquidity.

After all, supposed “harassments” against foundations, institutions, and the financing of non-governmental organizations (NGOs) of the Hungarian-American billionaire George Soros are constantly being revealed, argued as an evidence for “anti-liberal attitude” or “illiberal democracy” of Orbán and his government. As far as the Soros-financed Central European University (CEU) in Budapest is concerned, it has been largely concealed that the matter was primarily an accreditation problem, which – unlike more than 20 foreign institutions of higher education in Hungary, all of which complied with the legal obligations – affected only the CEU: a plain New York office is not an accreditation agency. In the meantime, all formalities have been completed and the CEU will continue to operate and remain in Budapest; however, this has neither been sufficiently reported by the tabloids nor by the so-called “quality media”, which have been leading each other in a cheap propaganda against Orbán. On the contrary: the fact that the CEU intends to establish university facilities in Wien is considered in the medial representation, through concealment of facts, as an “escape from Hungary”.

The club of anti-Semitism

In connection with Soros – but not only with him –  the German and Austrian journalism is particularly concerned about the club of anti-Semitism against Orbán(‘s Hungary). This has little or nothing to do with reality. The fact is that there was no Hungarian government before or after the change of regime in 1989/90 which intervened so determinedly against provincial anti-Semitic appearances, as this could have been recognized by any unprejudiced observer since 2010. The representatives of the Jewish organizations in Hungary as well as the representatives of the World Jewish Congress and also the representatives of Israel – as recently Prime Minister Netanyahu – have acknowledged it. Orbán’s government – particularly the responsible minister Zoltán Balog – and the measures taken in favour of the national and ethnic minorities of the country all deserve acknowledgement, in particular for the ideal and material support of the social emancipation of 600.000 gypsies. The same applies to the “national policy” with respect to the more than two million members of Hungarian ethnic groups in the neighbouring countries.

Probably the biggest pound on which Orbán’s government can profiteer is – together with the recurrent theme “Fight against the EU-Refugee Policy” occurring particularly in the electorate – its sustained success in economic and social policy. Nowhere is this clearer than in the recently published “Good Governance Index 2017 for Central Europe”. This shows undoubtedly that Hungary belongs to the politically and economically most stable out of the ten reviewed countries (Germany, Austria, Poland, the Czech Republic, Slovakia, Slovenia, Croatia, Romania, Bulgaria, Hungary). In terms of economic growth and stability, Germany and Austria take the top places preceding Hungary. Meanwhile, regarding the quality of life – unemployment, crime rate, family policy and pension system have been reviewed – Hungary is ranked fourth after the Czech Republic, Germany and Austria. Also in all other investigation areas it is shown that the top group amongst the ten central European countries consists of Germany, Austria, Hungary and the Czech Republic.

It is therefore to be expected that the overwhelming majority of Hungarian voters at the ballot boxes will more likely be led by political, economic and social stability, rather than by political-journalistic shouting about alleged – or at least legally unproven – corruption cases, in which Orbán and the persons in his closer environment, as well as Fidesz- and/or KDNP-lords may be involved. The individual existence, personal mental state, and experience shall more likely be largely determined by wage and income increase as well as by targeted government policies (active family policy; reduced costs of living) – which reflects the investigation criteria “Quality of life”. If the “National cohesion”, which is favoured by the governing parties and which is propagated since the conflict about the all-dominating migration issue, was endangered once again by external threats, Fidesz and KDNP would easily prevail against the already disunited opposition on 8. April. And Orbán, on whom the most depends and to whose name everything is connected in the end, will be able to govern for four more – more or less unchallenging – years.

The author is a German journalist and university professor, last year’s recipient of the “Friend of Hungary” Award. 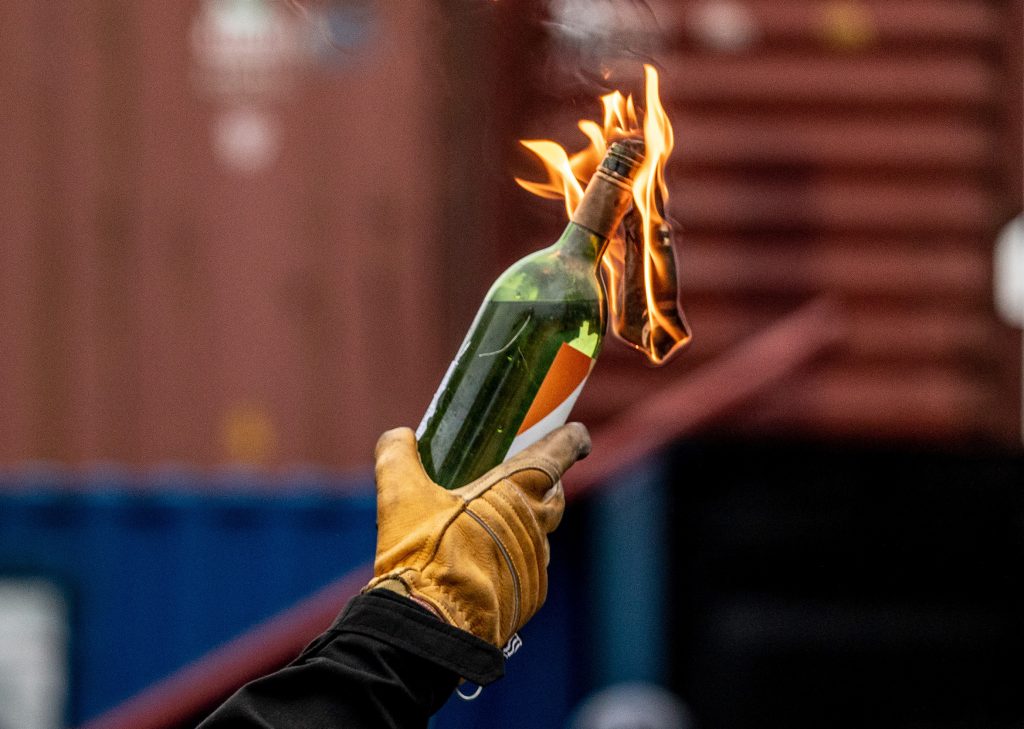 A man tried to set fire to a Fidesz office in Szeged by throwing a Molotov cocktail into it. The ruling party accused opposition leader Ferenc Gyurcsány of incitement. Jobbik also condemned the attack. A 28-year-old local man broke into the office of Fidesz in Szeged at dawn on Thursday, Szeged.hu news portal reported. He […]
Mariann Őry 2022.07.29. 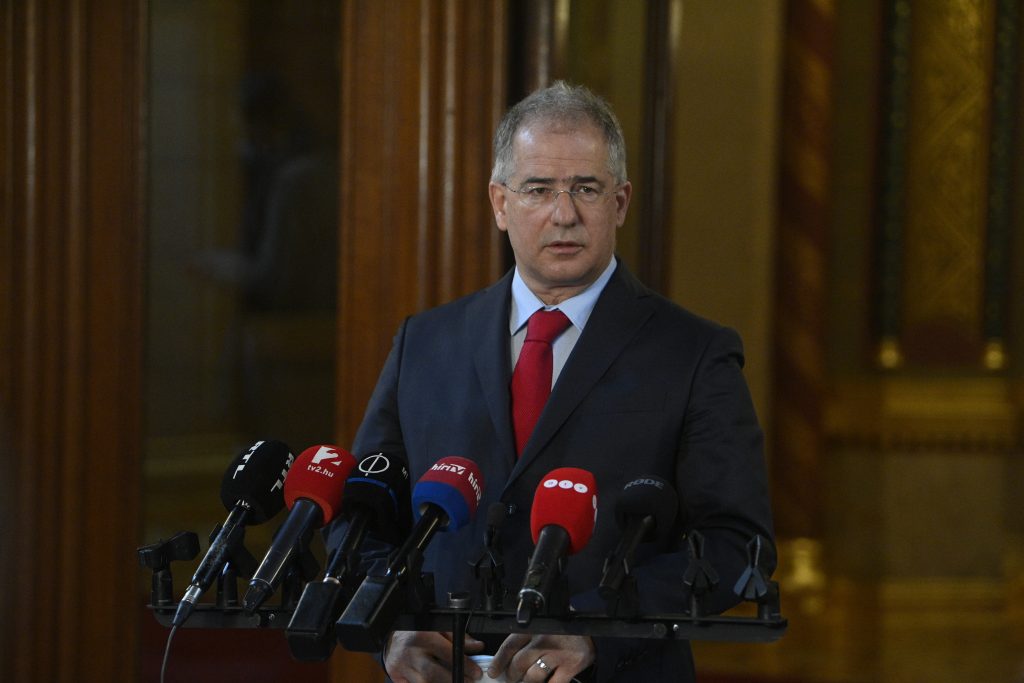 Due to the incredible migration pressure on the southern border, it is reasonable and necessary to set up border guard regiments, the chairman of the National Assembly’s Defense and Law Enforcement Committee, told public media at an off-site meeting of the Fidesz parliamentary group’s Defense and Anti-Migration Cabinet in Röszke on Thursday. In the first […]
Péter Cseresnyés 2022.07.15.