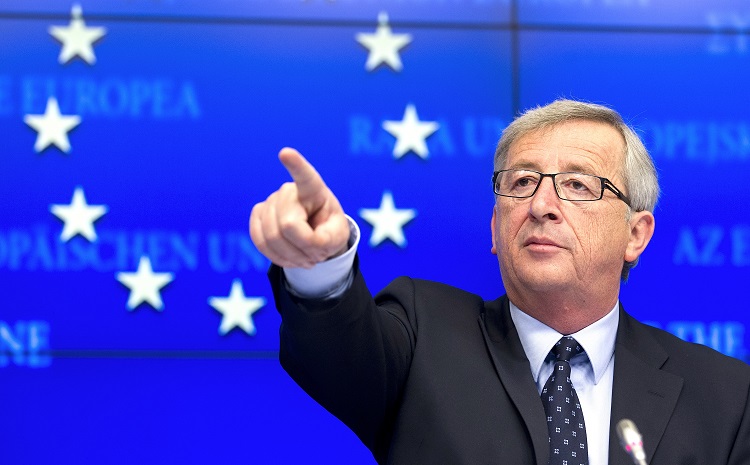 “Against lies, there’s not much you can do,” said Jean-Claude Juncker, President of the European Commission, in regards to the Hungarian government’s recent campaign. Launched on Monday, the campaign accuses Brussels of promoting and facilitating immigration.

As we previously reported, in a Facebook post on Monday, the Hungarian government announced it would be launching an “information campaign focused on Brussels’ plans because Hungarians have a right to know” about EU proposals “which fundamentally endanger Hungary’s security and encourage immigration.” The faces of Jean-Claude Juncker, who is stepping down from his role as European Commission President, and Hungarian-American billionaire George Soros serve as a backdrop to the poster’s accompanying text which alleges that Brussels plans to “introduce a compulsory settlement quota, weaken the member states’ border protection rights and facilitate immigration with migrant visas.”

The European Commission (EC) responded to the campaign’s allegations yesterday. In a Facebook post, the EC stated that “Hungarians deserve facts, not fiction,” and proceeded to call the campaign a “ludicrous conspiracy theory.”

Jean-Claude Juncker responded to the campaign Tuesday evening at an event in Stuttgart. He insisted that “against lies, there’s not much you can do,” before adding that Manfred Weber, the lead candidate of the European People’s Party for the upcoming elections, should ask himself whether he really needs Fidesz and “this voice” in his parliamentary group. Juncker recalled that Fidesz’s representatives didn’t support his appointment to head of the European Commission in 2014. Juncker repeated his statement from October, saying that Fidesz should leave the mainstream European center-right grouping. He then went on to compare Viktor Orbán to French far-right leader Marine Le Pen:

The far right didn’t [vote for me]. I remember Ms. Le Pen, she said: ‘I’m not voting for you.’ I said: ‘I don’t want your vote.’ There are certain votes you just don’t want.”

Commission Vice President Frans Timmermans responded to the ‘information campaign’ at a press conference in Brussels on Tuesday afternoon: “it would be Monty Python-esque if it weren’t so serious.” He was adamant in saying that the campaign’s allegations have “absolutely nothing to do with the truth.” Timmermans pointed out the situation’s irony:

On the same day the council [of member states] discussed the collective fight on disinformation, we also saw, on an official government website, a picture of the commission president with a private individual, alleging all sorts of things that have nothing to do with reality.

Anyone who has followed the European Commission would know it has worked tirelessly “to strengthen European borders,” Timmermans said. He also claimed that issuing visas to asylum seekers is “not a competence the Commission has” since only member states can issue humanitarian visas. Though Timmermans acknowledges that the truth is often embellished or made to look worse in politics, he thinks the Hungarian government’s campaign is something “out of this universe.”

Joseph Daul, President of the European People’s Party, has also “strongly condemned” the Hungarian government’s campaign and insists that “the claims made in the campaign are deceitful, misleading and not based on facts.” Manfred Weber, the leader of the EPP, has not yet made an official statement. He did, however, share Joseph Daul’s tweets yesterday evening.

I strongly condemn the campaign launched by the #Hungarian government in the run up to the #EP2019 elections and the defamation of @EU_Commission President, @JunckerEU. The claims made in the campaign are deceitful, misleading and are not based on facts. 1/3