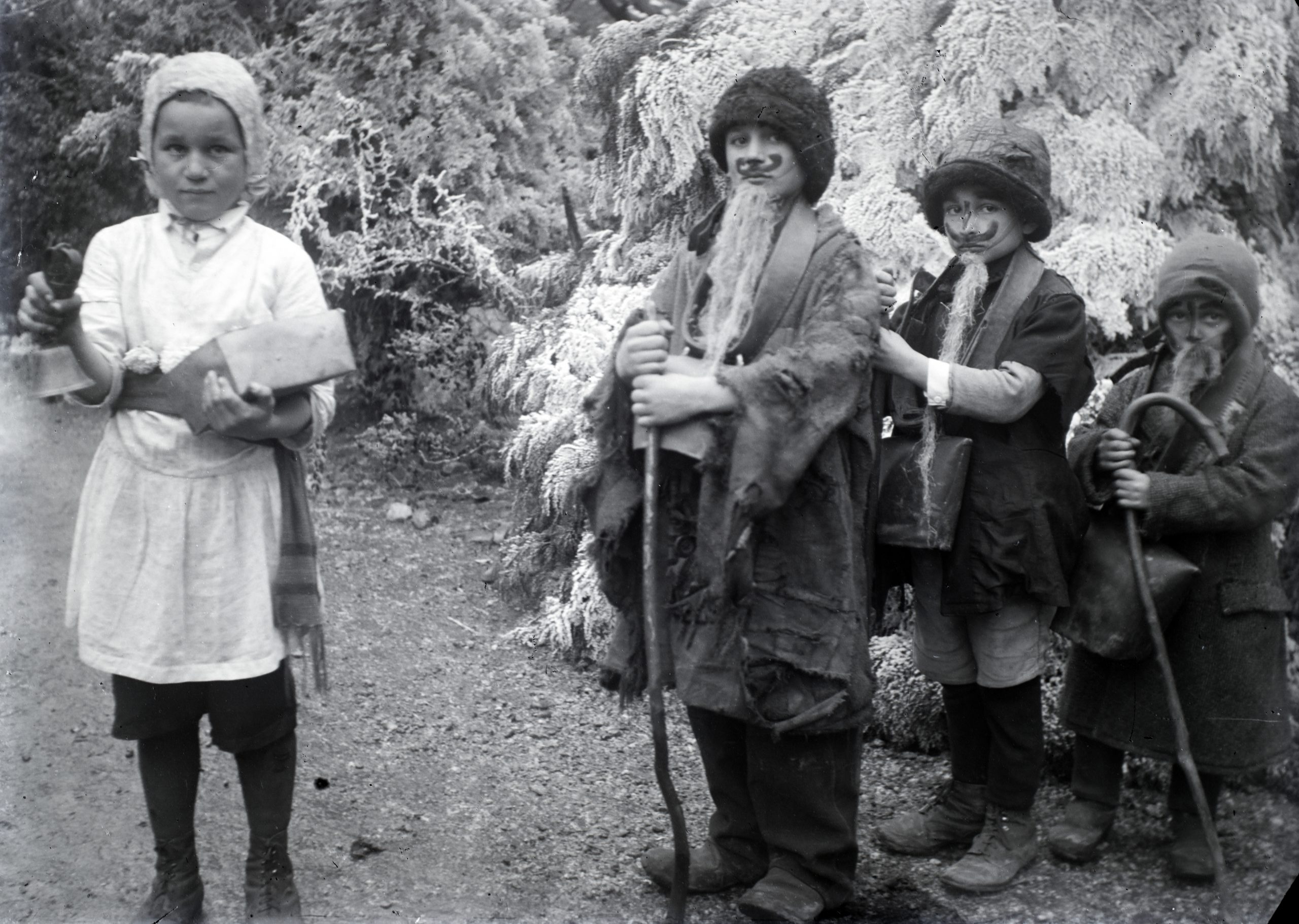 The Christmas season in Hungary begins on November 30th with the feast of St. Andrew, held on the anniversary of the saint’s death. Several folk customs and traditions are associated with this feast, many of which are still alive today. During this time, weddings and other loud celebrations were forbidden, as one prepared both physically and mentally for the Christmas season.

Marriages were predicted on St. Andrew’s Day: according to the custom, girls got married after as many years as many times the pig grunted after entering the pigsty. In addition, it was also said that the one they marry would come from the direction where one heard dogs barking when standing on a hill. St. Andrew’s day was also the start of the pig slaughters, as the weather was cool enough for it at the end of November. The season of pig slaughter festivals lasted until Farsang, the carnival season.

The word Advent has a Latin origin and has been celebrated in the Christian world since the fifth century. It begins on the eve of the first Sunday in Advent and lasts until Christmas. During this time, weddings and other celebrations were not allowed, but various folk customs and superstitions were still associated with Advent. From the superstitions, one that is especially worth mentioning is the magic of love: if a girl of a marriageable age tore off three pieces of the bell rope in the church the morning before the Holy Mass, and wore them on her headband, then she could expect to get married during the carnival season.

The ritual of the “The Holy Family seeking shelter” is repeated for nine consecutive days before Christmas. In honor of the Holy Family, nine families come together to alternately host the image depicting the Holy Family and pray from December 15th until Christmas Eve.

The Rorate is also part of Hungarian customs. During Advent, a Holy Mass is held every dawn from the first Sunday until Christmas Day. According to superstition, during the Rorate, witches went around in the town (in fear of the church bells) casting bed spells on houses left open, which is why the stables and houses had to be locked before the church bells began to ring. 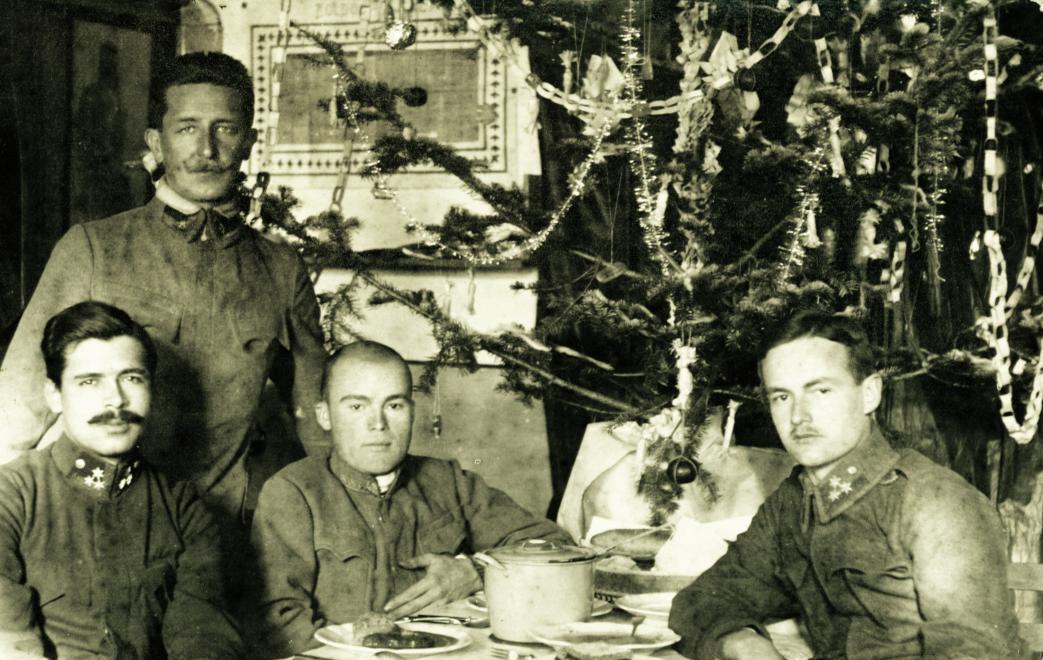 Christmas is the time of the year when we celebrate love and kinship almost everywhere in the world, yet the 20th century can be considered the most violent century in the history of mankind. How then did ordinary people celebrate Christmas in Hungary, while they had to experience the disintegration of the monarchy, the horrors […]Continue reading

The Feast of Lucy (Luca day)

Lucy’s Day, the feast of Saint Lucia, takes place on December 13th. The name of the early Christian consecrated martyr means “the shining one,” from the Latin word “lux.” Numerous diverse Hungarian customs are associated with this day. One of the most famous is making Luca’s chair, which, according to superstition, was used to defend against various disasters. The chair was built in a span of thirteen days from nine types of wood, and only one component was allowed to be made in one day.

The word comes from the Italian word ‘mendicare,’ which means to beg. During this time, mainly the children were the ones to collect donations, while in smaller or larger groups they went to the houses in the village, where they sang Christmas carols for presents.

The Christmas greeting with singing or recitation was called “Kántálás” (to chant). It was a ritual similar to the previous “Mendikálás,” but there was no singing for donations. The adults performed their chants until midnight.

This tradition is a custom that is still alive today, but it is slowly being superseded by the customs relating to St. Nicholas. The nativity play is a traditional Christmas play in which the story of the birth of Jesus is presented. The performers go from house to house dressed as shepherds with a homemade nativity scene or a small Bethlehem church. They evoke the events of the birth of Jesus with sacred chants and playful dialogues. 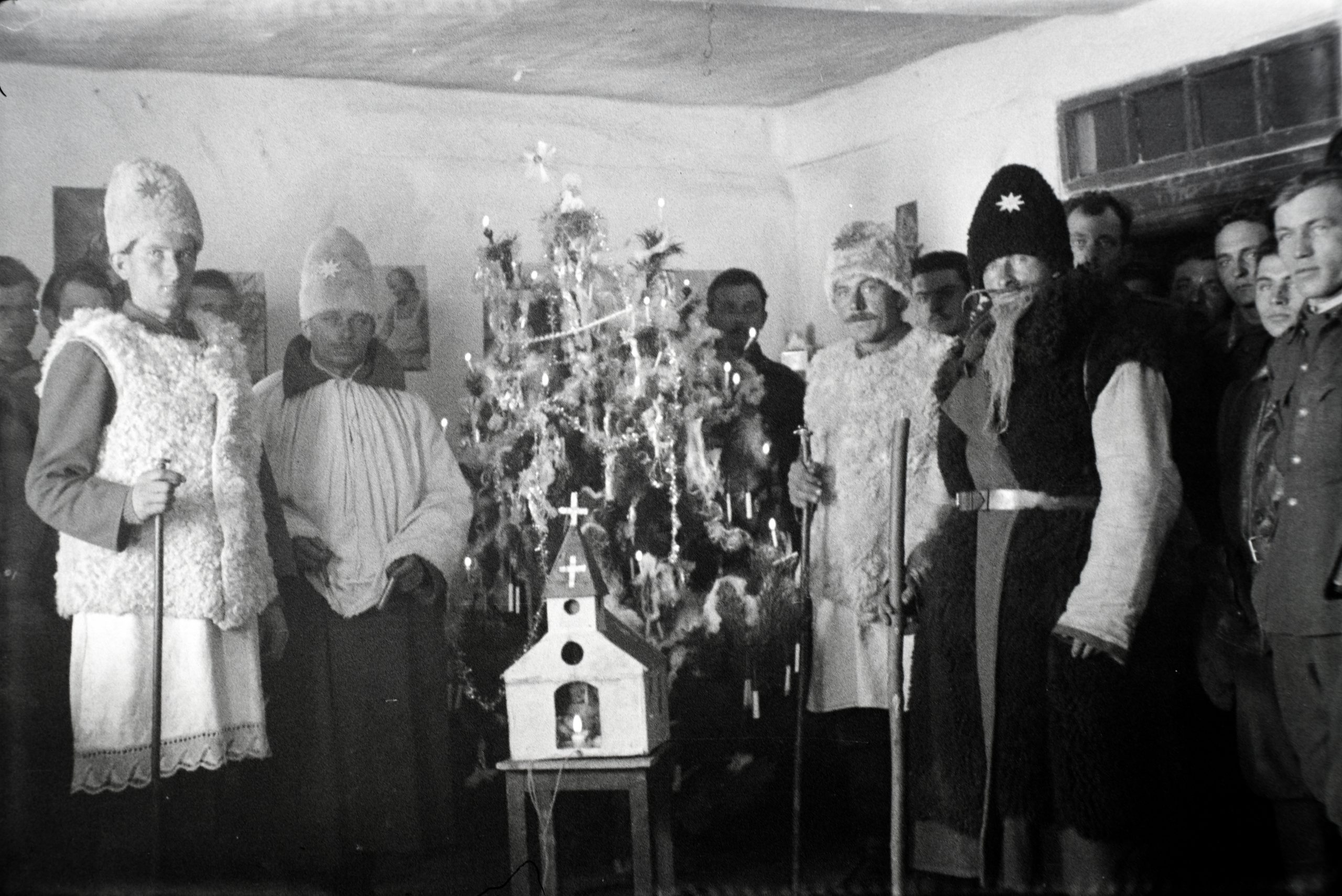 The performers of the pastoral play went to the houses of the villages until midnight on Christmas Eve. They wore woolly leather coats, carried bread bags on their shoulders, and held a shepherd’s crook in their hands. The smallest shepherd carried a nativity scene. They performed chants and at the end received donations from the host.

During the Christmas fasting period or a few days earlier, teachers and the school children sent an appropriate number of sacramental bread to each family. In return, teachers received flour, beans, eggs, and sausage, and the children themselves received money, apples, and dried fruit. The host was an important part of the Christmas dinner, which in many places was eaten with honey and garlic.

From St. Stephen’s Day, the 26th of December until New Year’s, “Regős” groups went from house to house. “Regölés” is actually the name given to a custom in which people sang, greeted others, and received donations in order to collect wealth and match couples together. The boys usually wear woolly leather coats, armed with chain sticks and a friction drum, and went to houses where there were girls of marriageable age to perform their “magic” songs.

Upon arrival, they knocked on the door and asked if they could start singing. If the owner of the house agreed to it, they started the introduction and then expressed their good wishes. In the end, they received presents. In western Hungary it was also part of the custom to match young people of marriageable age: if the “magic” was successful, the couples could finally get married during the carnival season.

On December 27th, on the feast of St. John, the wine was blessed. During the feast, each family brought wine to the church to be blessed by the priest. The blessed St. John’s wine was believed to have magical powers by the villagers who used it to heal sick people and animals. In addition, they also poured the blessed wine into wine barrels to prevent the wine from spoiling.