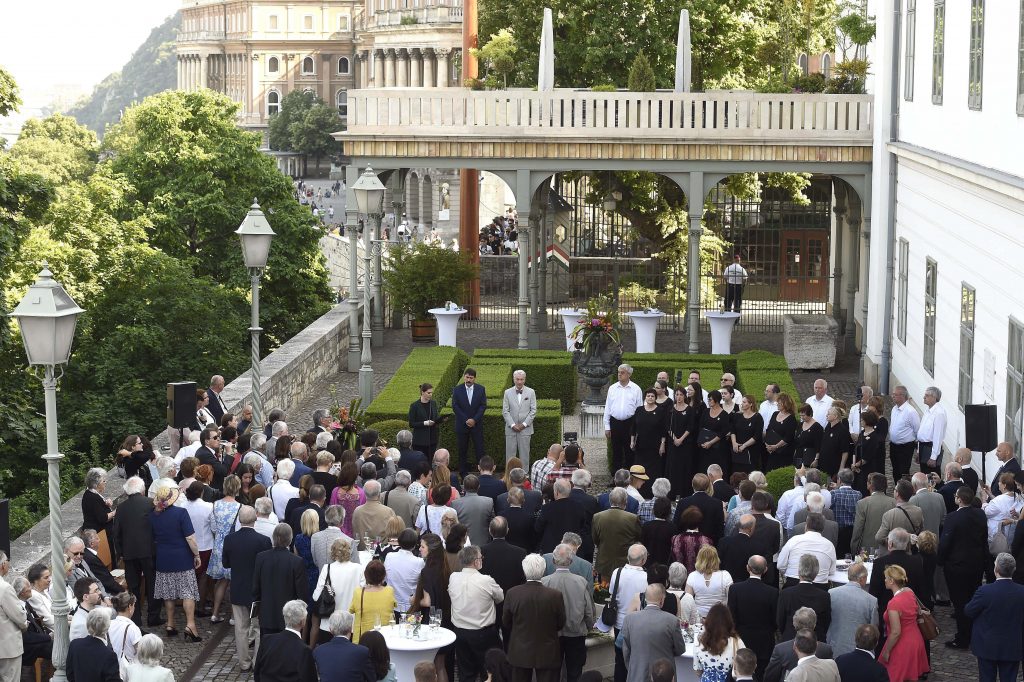 This past weekend, Friends of Hungary Foundation, publisher of Hungary Today, hosted its annual three day conference in Budapest. President János Áder received the delegates of the Foundation in the presidential palace in Budapest on Sunday.

At the meeting, Áder said that the thoughts, actions and achievements of excellent Hungarians “span the world”, adding that

The Friends of Hungary Foundation today is more than friendship. It is a strong alliance of interests and values of Hungarians in the homeland and abroad, he said.

Áder thanked the foundation’s members for “using their professions and expertise to protect and elevate the reputation of Hungarians worldwide.” He said that “to achieve our goals, even in the face of attacks or misrepresentations, is a noble endeavor.” 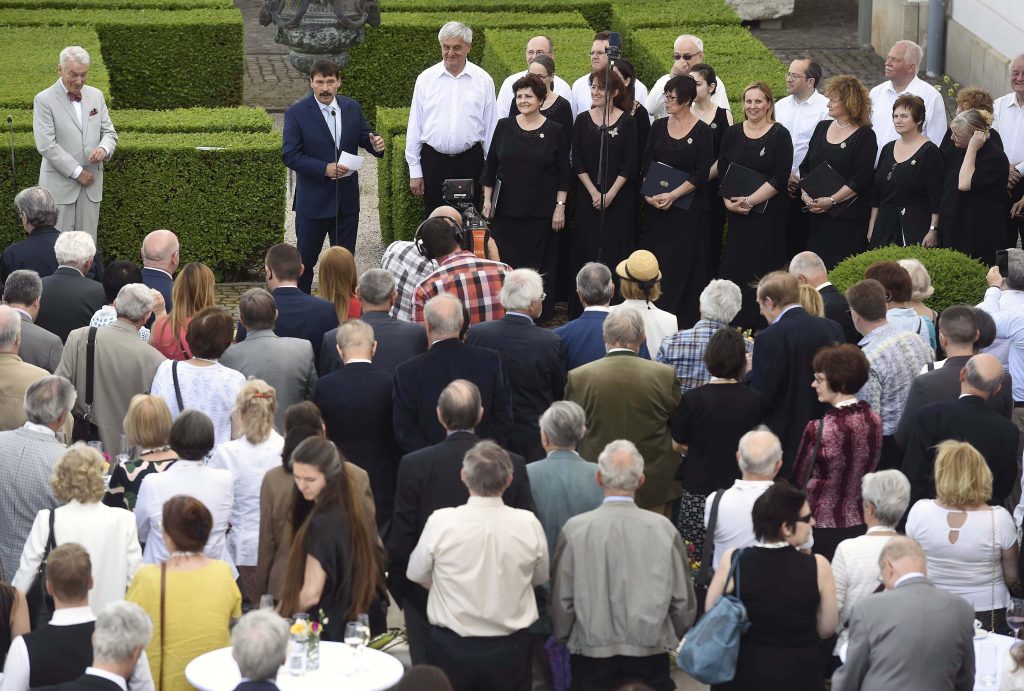 E. Sylvester Vizi, former chairman of the Hungarian Academy of Sciences and Chairman of the Board of Trustees of the Friends of Hungary Foundation, followed President Áder in addressing the audience in the garden of Sándor Palace.

Friends of Hungary Foundation, formally established in 2011, aims to serve as a bridge connecting Hungarians, people of Hungarian ancestry or who are otherwise connected or interested in the country, and to promote the successful activities of Hungarians worldwide. The more than 300 members of the Friends of Hungary network include associations, clubs and individuals, who count as opinion leaders within their own communities and countries of residence. The organization currently reaches nearly one million people. This year’s meeting was the fifth annual meeting of the delegates from all five continents in the presidential palace.

You can read our detailed article about the conference on the website later today.