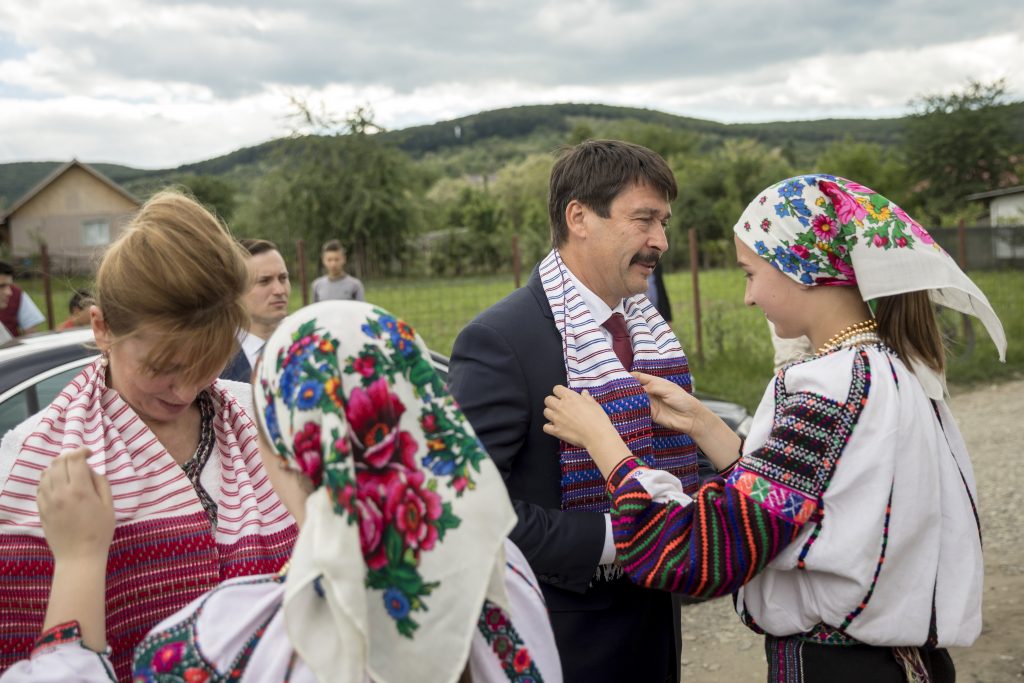 President János Áder and First Lady Anita Herczegh on Friday visited the ethnic Csángó community in Romania’s Bacau (Bako) province, the first such visit by a Hungarian head of state.

At Lespedi (Leszped) village the president met with László Pogár, head of the federation of Moldavia’s Csángó Hungarians (MCSMSZ), who said that his community “has been waiting for 400 years for Hungary’s monarch or head of state to visit”. He voiced hope that the president’s visit woul contribute to the community’s survival.

In his address, Áder quoted renowned ethnographer Zoltán Kallós, who had been a teacher at Lespedi, as saying that “while a lot of peoples in the Carpathian Basin disappeared we have stayed Hungarian… It is our duty to maintain our inherited traditions and pass them on to the next generation; that can only be done through faith, commitment and unselfishness. We will be Hungarians as long as we sing and dance Hungarian”. 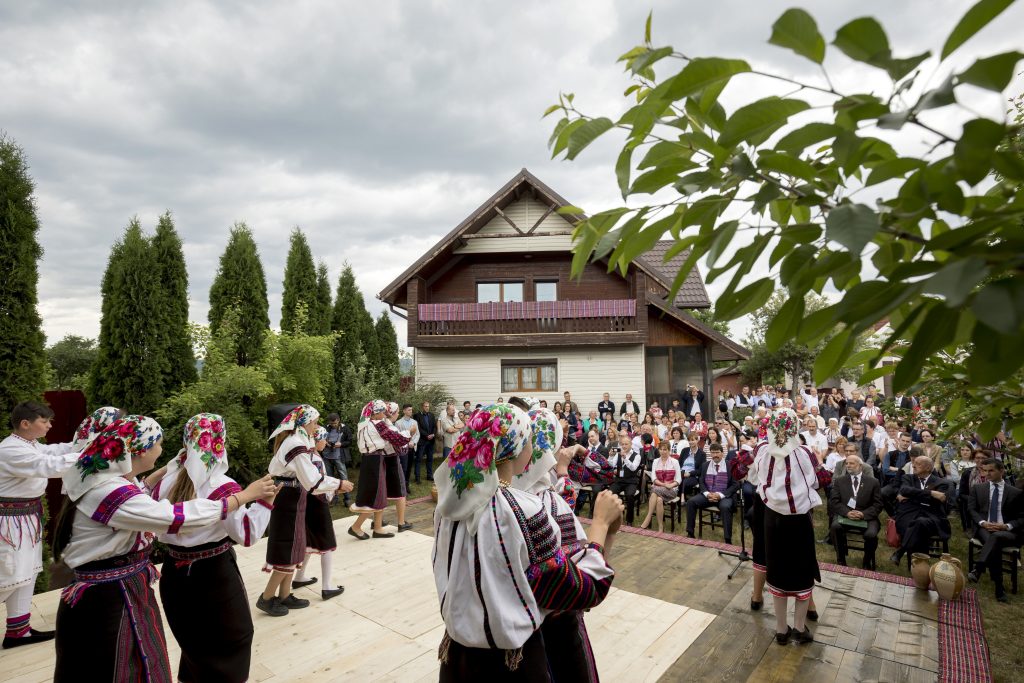 The Moldavian Csángó community, Roman Catholic and speaking dialects of Hungarian, are estimated between 30,000-40,000 people. Under an education programme launched by the Hungarian government, 2,100 children are taught Hungarian language and literature in 28 villages of the region.