The Changing Face Of Liberalism And Its Impact On Global Events, By Adam Topolansky

In today’s fast changing world, where the will of the few is often coerced upon the will of the many (e.g. homosexual marriage), it may be prudent to re-visit the true nature of liberalism. What is it? What are its historical roots? How did it evolve? And most importantly, how has it changed over time?

Original definition: liberalism is a political philosophy or worldview founded on the ideas of liberty and equality. At first, it sounds so nice and comforting. And another, broader definition: in the twentieth century, a viewpoint or ideology associated with free political institutions and religious toleration, as well as support for rights of the individual, a strong role of government in regulating capitalism and constructing the welfare state. You cannot argue with this either. However, we all now that liberalism and particularly its more aggressive neoliberal version is much more than that. The former emphasized compassion and social sensitivity, the latter stresses capitalistic virtues, such as free markets, free trade and relentless privatization.

In fact, liberalism is not even a democratic value according to conservative columnist Jonah Goldberg, who contends that liberalism is closer to Fascism than we think. Goldberg surmises that liberalism’s roots are embedded in Mussolini’s Fascism. He further contends that  “what we call liberalism – the refurbished edifice of American progressivism – is in fact a descendant and manifestation of Fascism. Progressivism was a sister movement of Fascism and today’s liberalism is a sister movement of progressivism.” Yet Hollywood writers often use labels such as  “fascist”, “brownshirt” and “Nazi” as if they mean no more and no less than “anything liberals don’t like”. A very convenient reasoning indeed: you don’t like my views? Then you must be a fascist… However, to set the record straight, we can reiterate Goldberg’s assertion in his book “Liberal Fascism”, namely that Communism, Fascism and Nazism are all leftist movements. And since liberalism is also a leftist tendency, it is much closer to the aforementioned movements than conservatism or libertarianism, for example. One of my favorite stand up comedians of all time, George Carlin summed up liberalism the following way: “The poor have been systematically looted in America and the rich have been made richer (through the neoliberal agenda).” Liberal and leftist voters are mislead in an Orwellian fashion. According to Carlin, what is being communicated as the general interest in America has actually been something we can call liberal Fascism. The only difference, says Carlin, is that it has not come in brown or black shirts. It has come in Nike and Adidas sneakers and Smiley shirts.”…

So, what are the major personality traits of today’s new liberals? Elitism, phoney morality, smugness, arrogance, a constant looking down on other people as if they were nincompoops and a sort of smug attitude telling us all how to live our lives in a politically correct way with respect to everything: culture, science, arts, values and race. Donald Trump who nowadays leads the presidential race among republicans summed it up in a recent debate: “what is wrong with this country is political correctness.” Whether Trump is right or not, it is quite apparent that an increasing number of people in America are fed up with “political correctness”. They have had enough of an arrogant elite forcing the straight jacket of political correctness over an entire population regarding culture, politics, business, social sciences, arts and academia.

Most liberals in the United States typically live in New York City, the Washington, D.C. capital region and the affluent Northeastern suburbs of Connecticut, Rhode Island, New Jersey and Massachussetts. This is sometimes labeled as the “Boswash” region (Boston to Washington, D.C.) by social scientists. The “Rózsadomb” of the United States. Of course, they can pop up anywhere, many of them reside in California (Hollywood and San Francisco), Florida (Miami and the Gold Coast), Illinois (Chicago), etc. They are typically affluent, most of them are corporate executives, intellectuals, media moguls, finance wizards, brokers, consultants, people with inherited money, as well as social scientists, academicians, etc. Few of them earn their income through manual labor. They typically take nice vacations to Europe and the Caribbean, their kids go to elite private schools and their influence reaches across the business world and academia.

So, today’s liberal (as one of my classmates back in college noted) is an individual who wishes to appear progressive it outlook without having to pay too high a price for his principles. Yet they are the ones who dictate how the rest of us should live, think, bear children, build society, and most of all adapt to multi-culturalism, i.e. oppose the nation state as an evil formation. Yet, the nation state is the only natural formation we know in a social science sense. Everything else is artificially concocted. Today’s liberals are also pure internationalists. They believe that the world should be one, as John Lennon so succintly “imagined”. Yet, their one-world concept is a world of multiculturalism, corporate hegemony, free markets to serve a narrow global elite, and most importantly, a world, in which there are no nation states. 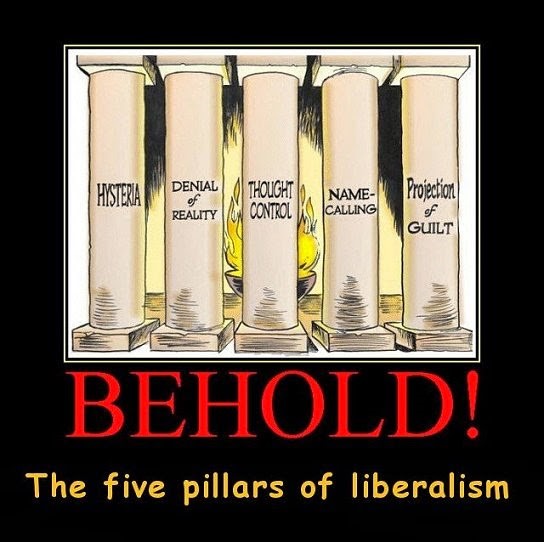 The rainbow coalition. If you want to be a nice guy or a nice gal, you must wrap yourself on Facebook in the colors of the rainbow to show that you “care”. Why? Because it is politically correct. That’s why. The political correctness of homosexual marriage, abortion, feminism, affirmative action, permissiveness, etc.? But, in this politically correct world, what happened to social sensitivity, social fairness, starvation, poverty, income inequalities and the working people? Somehow, liberals forget to address these issues nowadays. In fact, they intentionally avoid these topics sensing that they are unable to do anything about them anyway. Today’s liberals are not driven by tolerance and social sensitivity, but by greed and arrogance. They could not give a rat’s ass about the poor, the sick and the less-well-to-do in society. They are a narrow band of elitists who wish to conquer the world by finesse or by force, whichever comes fist. We see the manifestation of this in every move they make. Recently, for example, pertaining to the immigration crisis. They applaude the massive and unrestricted influx of African, Middle Eastern and Asian migrants to Europe since they secretly hope that the inflitration of these sub-par masses of an alien culture, incompatible religion and incongruous value system will ultimately destabilize indigenous European nation states, which is nothing less than their most fervent desire on their agenda of establishing a global empire.

I am actually sad that some of my liberal friends, particularly on the other side of the Atlantic, may think that based on this essay, I am some kind of a hard-ball, hard-line conservative. I have never been that. In fact, I always preferred to be open-minded and sensitive to the needs of the less fortunate and the needy. It is exactly because of this sensitivity that I am critical of today’s liberals. Because their worldwide vendetta against the nation state, the nuclear family and Christian democratic values is tossing the entire world into turmoil. So, perhaps it is time for the rest of the world to wake up and smell the coffee. Reckoning, my friends. Let’s backtrack, retransmit and in lack of anything better, return to classical liberalism, which was a more compassionate and legitimate alternative. It’s show time or no time as we seem to be on a runaway train speeding towards a global cataclysm. 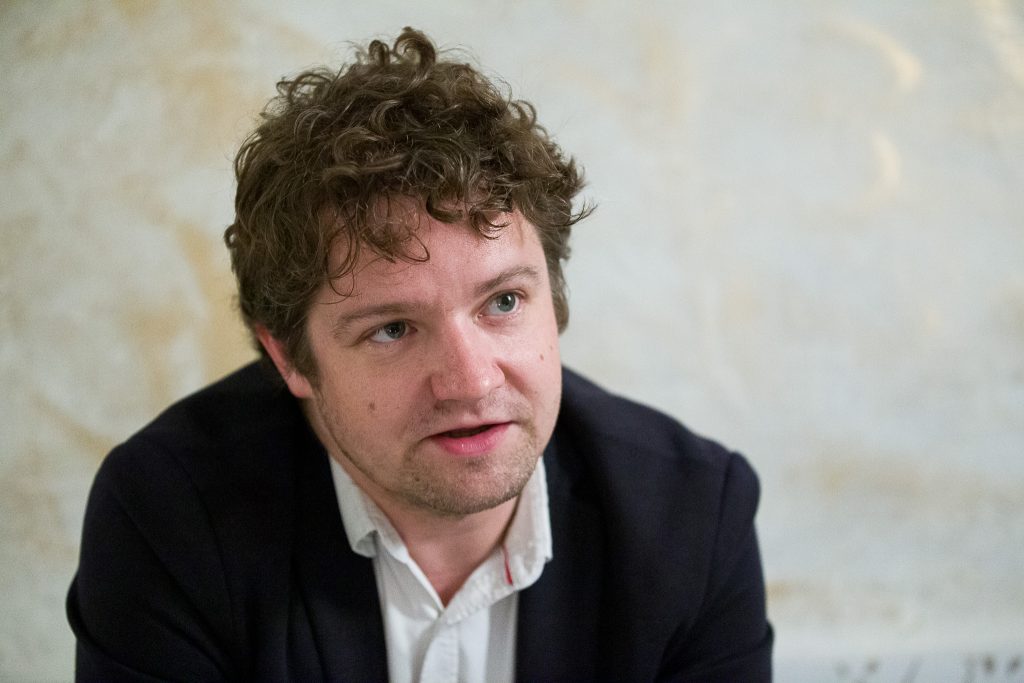 Ahead of the last episode of the controversial final season of Game of Thrones, Hungary Today had the opportunity to sit down for an interview with political scientist-sociologist Dr. Csaba Tóth, who recently co-published an essay anthology titled Parallel Universes, in which he analyses the political system of Game of Thrones. The Strategic Director of Republikon […]
Fanni Kaszás 2019.05.17.