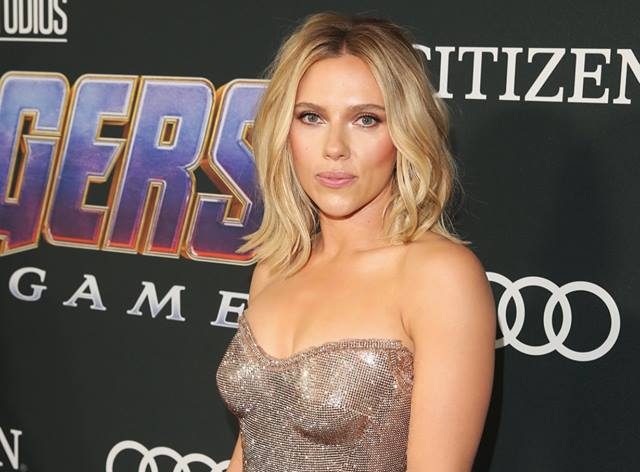 Scarlett Johansson, who is currently filming her next movie in Budapest, was welcomed by Budapest Mayor István Tarlós and his deputy, Alexandra Szalay-Bobrovniczky in their office. According to Bors, the Hollywood actress said at the meeting that she had already been to Budapest twenty years ago and was pleased to see how much the city has changed since then.

Scarlett Johansson is currently rumored to be shooting Marvel’s Black Widow movie in the Hungarian capital, and according to Hungarian tabloid Bors, the actress had some time to explore the capital during filming. She visited the Budapest Zoo with her daughter, and noticed the number of young couples and children in Budapest, which is not the case in every city. She has visited Fidesz-KDNP-supported Budapest mayor candidate, István Tarlós and his deputy in their office and commended the mayor’s leadership skills. According to the paper, Johansson “praised the work of Tarlós, who is working as a city leader for 30 years now and has run the [III.] District for 16 years, and the capital for 9 years, and now is now running for another 5-year term as Budapest mayor.”

Marvel’s Black Widow Rumored to be Shot in Hungary

Johansson also talked to the Mayor about how many filmmakers are choosing Budapest for filming and how popular the city and the country is among directors and actors. When talking about the districts and the capital, the actress and the mayor also mentioned New York as a connection, as they have both met former mayors of New York City.

At the end of the meeting, István Tarlós not only greeted the guests with flowers, but also gave them a special gift: he handed over 3 silver coins, one decorated with the Heroes’ Square, the other with the Fishermen’s Bastion, and the third with the Buda Castle, with the coat of arms of Budapest on the back.

Last week, Hungary Today’s sister site, Ungarn Heute had the opportunity to sit down for an exclusive interview with István Tarlós, Fidesz-KDNP candidate as Budapest mayor: