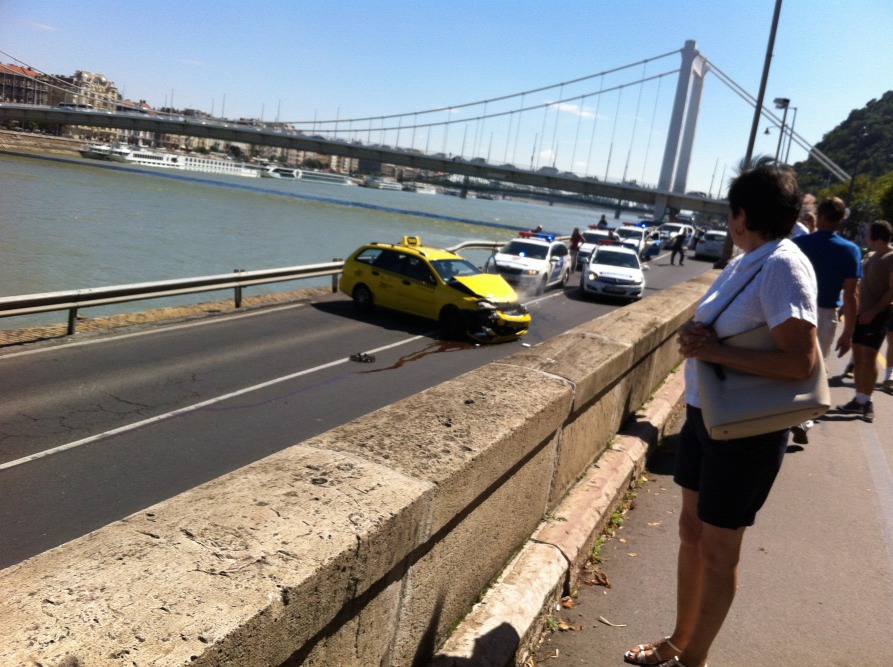 Friedrich Born rakpart, the road along the Buda side of the Danube embankment near the Elizabeth Bridge, was briefly closed to traffic this afternoon due to a car pursuit across central Budapest.

A witness told the news website Origo.hu that sirens sounded as the yellow Budapest city taxi crash-hit the guardrail between the Buda bridgehead of Elizabeth Bridge and Batthyány tér and revealed that the car was being pursued by three police cars before officers jumped out of their vehicle and arrested the driver at gunpoint. After the crash, the car began emitting smoke and police closed down the section of the road where the incident happened.

Contacted by the website, police said that some minutes before 1 p.m., law enforcement personnel noticed a “suspiciously behaving” taxi driver in Diószeghy Sámuel utca, District VIII – several kilometres from where the pursuit ended. After becoming aware of the police, he began fleeing across Petőfi Bridge before damaging several cars along the Danube embankment.

The car finally hit a crash-barrier near Elizabeth Bridge and caught fire, with the driver being rescued and arrested from the burning vehicle.

According to reports, the driver was not carrying documents and police found suspicious substances thought to be drugs in his car.