Summary: What is the Restructuring of the Academy All About?

Despite constant protests from the Hungarian Academy of Sciences (MTA), László Palkovics, Minister of Innovation and Technology, presented a bill earlier this month to the National Assembly, which would completely restructure the MTA. According to the draft proposal, in the future, the 15 research centers of the Academy would operate under the supervision of a public foundation, the Eötvös Loránd Research Network (ELKH). The chairman of the foundation would be appointed jointly by the responsible minister and the president of the academy. Six of the board members of the foundation would be delegated by the minister, while the remaining six would be elected by the Academy. Considering these proposals, the Academy is concerned about their freedom of research; while according to the government, their fear is unfounded. The Hungarian Parliament debated the bill last Wednesday.

Not only international research centers, but the European Commission also pointed out that the system of Hungarian scientific research was facing great challenges – among other things, the State Secretary of the Ministry of Innovation and Technology justified the need for reform within the Academy with a statement last Tuesday. Péter Cseresnyés rejected all criticisms associated with the reform plans and emphasized that the government’s aim is not to finance less but on the contrary, to fund more research, and they want to strengthen the freedom of science:

Our goal is to prevent billions of governmental funds disappearing without tangible results. We would like to support such patents and inventions that can further serve the Hungarian economy.

The Secretary of State added that the restructuring of the Academy is not “nationalization” because the research network “is still in state hands and is funded by the state budget today.”

Two months ago, Minister László Palkovics, in an interview with the blog jmwiarda.de, also pointed out that the government would not endanger the freedom of science and research:

I am a scientist myself. To accuse me of wanting to limit the freedom of science simply does not make any sense.

According to the minister, “…for domestic political reasons, some people are trying to create the idea of the threat to the freedom of science that does not exist.” He also emphasized that the model for the restructuring is based on that of the German Max Planck Society.

“We would like to proceed in a similar way as in Germany after the unification of former Academy Institutes with existing research organizations. In this respect, we are creating an internationally recognized structure. And just like at Max Planck, there would be an intermediate level between politics and science, the one which we are currently discussing. This will not result in direct financial influence of politics in any case.” 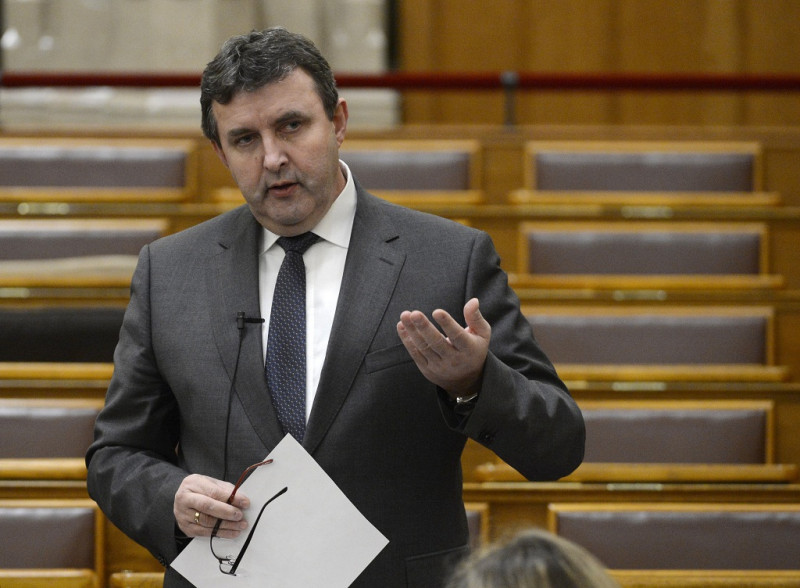 The Minister justified the need for reform with the following arguments:

Palkovics also emphasized that “the coverage in the media, even in Germany, is usually very one-sided. As soon as I explain our motives to the presidents of the German scientific institutions in personal conversations, they suddenly see things quite differently.”

What are the concerns of the Hungarian Academy of Sciences?

The Academy has raised massive concerns and objections against the legislative initiative; it expresses its fears about “the freedom of scientific research” and demands, among other things, that the board of the proposed foundation make important decisions by a two-thirds majority, instead of a simple majority.

Scientists have also questioned the motives of the government’s arguments several times. Most believe that the cabinet wants to exercise direct, “total” state control over the independent institution. MTA supports this concern with the argument that this new public body would have a 13-member board, made up of six governmental delegates and six from the Academy, with the prime minister appointing the chairman.

President of the Hungarian Academy of Sciences László Lovász and Minister Palkovics in 2017. (Zoltán Máthé/MTI)

In addition, the MTA would also have to transfer its assets to the new foundation. It is still controversial how exactly the restructuring of the Academy should and will proceed, how the Academy and its separate institutions will be financed in the future, and how much power each party will hold.

In a recent statement,  the MTA has summarized its proposals in relation to the bill. All members were asked to consider and comment on the Academy’s stance on the bill. “The Academy believes that the freedom of scientific research will be violated if the proposal in question is adopted in its present form, and that basic scientific values ​​with crucial importance to the country may get lost. The MTA calls on all those who care about the freedom of science and sympathize with the Hungarian Academy of Sciences to offer and show their support, ” according to their statement.

Only a few weeks ago, the General Assembly of the Academy had decided to accept a compromise proposal, which came very close to the government’s one. However, last week the Hungarian parliament debated the original bill.