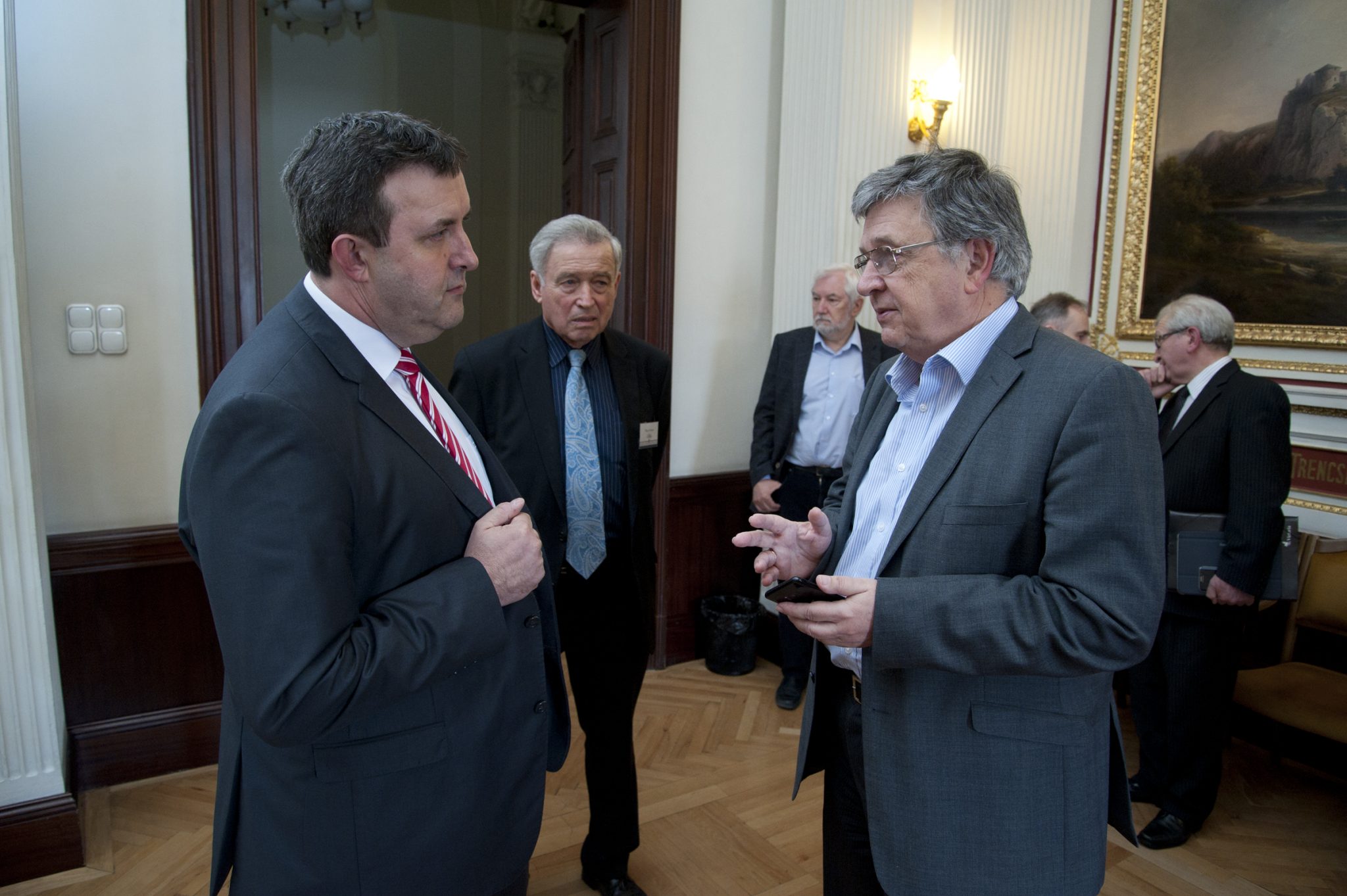 On Friday, MTA president László Lovász and the head of the Ministry for Innovation and Technology (ITM) László Palkovics signed a letter of intent regarding the Academy’s future. Although time is running out, most are still divided. Some say Lovász made the most out of the situation, but others are disappointed the Academy “gave in.”

(You can read about the antecedents here and here.)

According to an information letter written by Lovász following talks with Palkovics on Friday, the ITM leader has given him an ultimatum (yet again) by stating that the Praesidium can either willingly submit to the separation of MTA’s institutes and retain a voice in the matter, or it can be separated “by force” via the governing alliance’s two-thirds majority.

What else does the letter of intent contain?

In the aforementioned governing body, MTA and the government will send representatives on a parity basis to ensure that MTA’s scholars have the majority.

The Prime Minister would appoint the chairman of the Board on the basis of a consensus proposal by both MTA's president and the minister responsible for science policy.

The assets used and operated by MTA’s research institute network would remain its property.
Institutions can only use MTA's (‘brand’) label if they meet MTA’s requirements.

The research institute network operates on a clear, long-term strategy that guarantees funding.

The operation of the institute network is carried out by an independent legal entity. The exact legal form will be negotiated by the parties later.

The ITM Minister will provide adequate personnel and material resources for the operation of the research institute network between 1 January 2019 and 31 May 2019.

In the period following the agreement, the funding of the research institute of the Hungarian Academy of Sciences’ network will remain at the same level.

The government's goal is to increase resources in the future.

However, the in-depth discussions are typically cut short by the promise that 'the details will be worked out later'.

A bottom-up movement of MTA workers, the Forum of Academic Employees (ADF), condemned the compromise because according to them, Lovász “ran away.” Therefore, they urge the Praesidium “not to give in to the blackmail” and, in accordance with “its previous decisions, to reject the compromise.” The compromise fails to guarantee the preservation of the scientific and organizational integrity and professional independence of the research network, the communique asserts.

In an appearance on government-friendly Echo TV, ADF representative and member of MTA’s legal institute, Emese Szilágyi, argued that they were still yet to see their funding secured. She also criticized Palkovics for failing to explain the need for the reorganization.

Better than the worst-case scenario

István Kenesei, a correspondent member of MTA and the former director of the Institute of Linguistics, told HVG that this potential scenario is inferior to the current situation but better than the worst case scenario. He considers it a positive thing that Palkovics left the structure alone and chose not to force the institutes into a Corvinus-like foundation.

He, however, thinks the model contains several issues that have yet to be addressed. For example, there is no guarantee that the research conducted by the much-maligned department of philosophy and social science would receive an adequate level of support.

Others see the letter of intent’s contents as a victory for MTA and argue that it can keep its assets, the research institute network and its “brand.” In addition, in the newly-formed body, scholars will have the majority, he added.

Critics note that the government continues to blackmail MTA by only guarantying the institute network funding until 31 May. The new model awaits approval by the Praesidium in May.

Many fear that the inclusion of government officials in the governing body will undermine freedom of science as prescribed in the fundamental law implemented by Fidesz’s parliamentary majority.

It’s important to note, however, that the current letter of intent does not represent a final agreement. Roughly, it only outlines the points the parties wish to discuss further. In addition, MTA Praesidium and the general assembly have yet to accept this agreement as it may spark further controversies since it contradicts the body’s previous decisions which insist on the inseparability of the institutes. Given Palkovics’ controversial negotiation tactics and colorful opinions, the case may be far from finished.

On the featured photo: László Palkovics and László Lovász. Photo via Tamás Szigeti/MTA