Thirty young North Americans of Hungarian descent are discovering their roots in these weeks, thanks to the ReConnect Hungary programme – among them is Owen Pataki, the son of former New York governor and current Republican presidential candidate George Pataki. The 27-year-old, newly demobilised army officer says that Budapest is among the world’s coolest cities and doesn’t rule out moving here one day.

– Over the past ten years, the number of Americans declaring Hungarian ancestry has increased by 100 000 to one and a half million, largely as a result of young people with no knowledge of the language discovering their roots. Help me understand why present-day American twenty-somethings find being Hungarian interesting?

– This is not only particular of Hungarians – generally speaking, an ever-increasing number of young people is beginning to foster interest in the culture of their ancestors and genealogical research is popular. In the previous years, this has picked up among Hungarians too, probably because Hungary is now seen as a fastly developing country in the United States. To be more exact, Budapest has a reputation of being one of the European cities where “things happen”. While the older generation associates Europe with London or Paris, Budapest also springs to the mind of many young people. It’s a young, sexy, cool and exciting city, which is also beautiful and has history to it.

– Has the news arrived to the other side of the Atlantic that this is the party capital of Europe?

– It’s not only tourism – several of my acquaintances are thinking of studying or living in Budapest. It seems that the country is on the right track economically, and my present trip confirms this. At the Design Terminal, we met startup entrepreneurs and saw a string of success stories, which struck me as something new because I don’t remember anything like that from my trip here seven or eight years ago. In one word, Budapest has a positive image in the eyes of Americans;  this makes those with Hungarian heritage proud and they begin to uncover the fate of their ancestors.

– This isn’t the first time you’ve discovered the Hungarian within yourself. You’d been brought to Hungary by your father, George Pataki – who is, moreover, ReConnect Hungary’s patron – several times, and your sister Allison is the programme’s ambassador. Did you have a choice at all?

– I wasn’t forced into it; I hadn’t put my name down to the trip earlier only because I didn’t have the time. This programme is running for the fourth year, and I was serving in the army for the first three. I accept that the Hungarian thing had been forced upon us by our father since we were young, whether we liked it or not. Of course, I’m grateful for this now, for I’d probably not be here today without it. Dad is very proud of Hungarian heritage. His grandparents were immigrants from Hungary and spoke only broken English. My grandfather grew up in Peekskill, upstate New York, still speaking Hungarian. Unfortunately, we’ve lost the language, but we still hold regular family barbecues.

– The programme’s objective is to turn its participants into “ambassadors” of Hungary after returning home overseas. How do you want to take advantage of the experiences gained here?

– I have no exact plans, and all of us are like this to some extent. What’s certain is that Budapest and Hungary took a hold in our minds as a place worth investing in and some are even considering moving here. If life faces us with some sort of decision point, Hungary will be there as an option. I’m not facing such a situation at the moment and at the current prices, I couldn’t even buy an apartment on my own in Budapest – but I can easily envisage myself living here one day. However, it’s unlikely that I should begin learning the language in the near future, because I find Hungarian very difficult.

– It’s good news that you can imagine living here, but you mostly see only the positive side to the country during such a visit. Your group didn’t visit the villages of Borsod county.

– This is true, but the serious problems facing the country weren’t kept secret from us. Perhaps we didn’t see these personally, but, for example, we took part in panel discussion where these were also mentioned. And we were not only in Budapest but also visited Lake Balaton or Esztergom, and got the impression of a developing, growing country also when travelling across the land.

– Doesn’t it put you off that Hungarian-American relations have hit the rock bottom? No end of misconceptions surround Hungary in Europe.

– To be honest, I wasn’t familiar with the conflict’s details before the trip. Although my knowledge remains superficial, I believe that this is perceived in the US exclusively as a political question. Most Americans know little of Hungarian politics and relations between the two governments, but even if they’d read something, they don’t project it onto the entire country. There’s no mistrust against Hungary.

– What are the three most recent pieces of news that arrived to you in the US?

– I only remember two. One of them is the crisis in Ukraine, the other the migratory crisis, which affects the whole of Europe, but especially Hungary. CNN and the other all-news channels deal with Hungary mostly through international issues such as these.

– Doesn’t the migration debate evoke a sense of deja vu in you? The situation of illegal immigrants and building a fence on the southern border is also a hot topic in the United States.

– Indeed, the situation seems similar. I’m aware that Hungary has been heavily criticised by attempting to take a proactive, if not aggressive, stance against immigration. We also had debates on the militarisation of the Mexican border and the construction of a border fence, so it would be hypocritical to begin pointing the finger at Hungary from America saying that the country shouldn’t be shut. Hungary has the right to protect its borders; this is my opinion alone, but I think that most Americans would agree with me.

– Another question in which similar cleavages exist in both countries is same-sex marriage. Although it seems that the US is a Paradise for gay rights, four out of ten Americans are opposed to their marriage.

– That’s correct, but you might come to a different conclusion if asking the programme’s participants. Most of my contemporaries are far more liberal in social questions than previous generations, not only concerning gay marriage but also the legalisation of marijuana. Even the majority of young Republicans support same-sex marriage.

– It’s no coincidence that your father, who is running to become the presidential candidate of the Republican Party, that Republicans should rather not address this issue because it would only lead to the loss of votes. Are you planning to campaign for your father or follow his trail?

– Politics is not among my plans. Although I’ve recently demobilised at the army, I’m studying at a film academy in London from September. I also write, and I’d like to get a job in the movie industry as a scriptwriter – perhaps with my sister, who has already published two successful novels and we’re good at working with each other. I’ve been a fan of the movies since my childhood and I’d like to find a job in this world.

– It would be a great leap after the army. What’s more, you’re not the only soldier in your family, your brother Theodore having been a marine. How did you land yourselves there?

– Peerskill, our hometown, is a couple of kilometres from West Point – the academy is spread out on the other side of the Hudson River. We were regulars to their events and their teams’ matches and received a patriotic upbringing – and our grandfather told us many stories of the Second World War. The only thing I regret in my military career is that I didn’t serve together with Hungarians. From all of my fellow soldiers who did, I heard that they’re among the best.

translated from an interview by Zoltán Laky, published in the 23 July 2015 edition of the weekly Heti Válasz
photo: valasz.hu 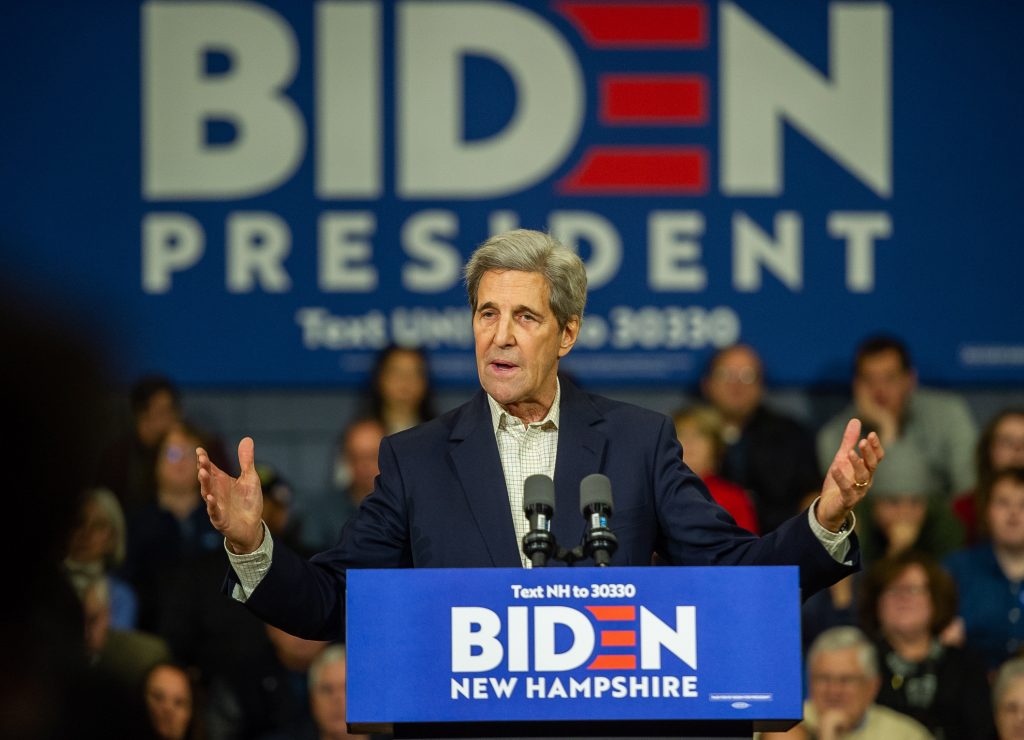 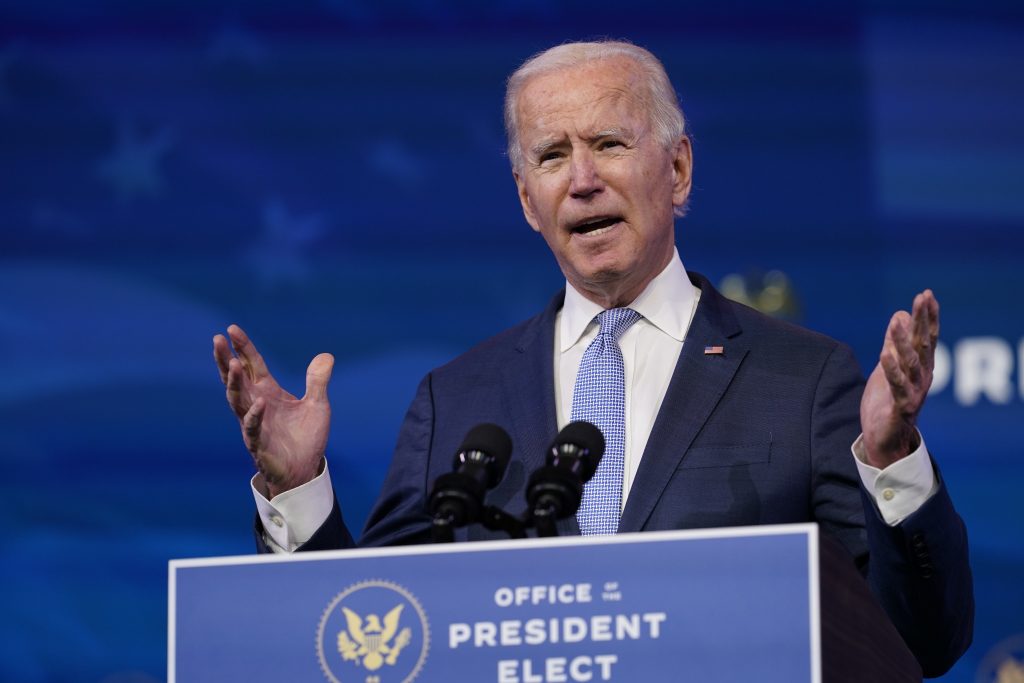 Anne Neuberger, a cybersecurity official of Hungarian Jewish descent, will act as deputy national security adviser for cybersecurity on Joe Biden’s National Security Council, reports weekly Magyar Hang. The council, made up of key professionals in the field, will advise the president not only with domestic, but international affairs. Neuberger joined the National Security Agency […]
Tamás Vaski 2021.01.14.