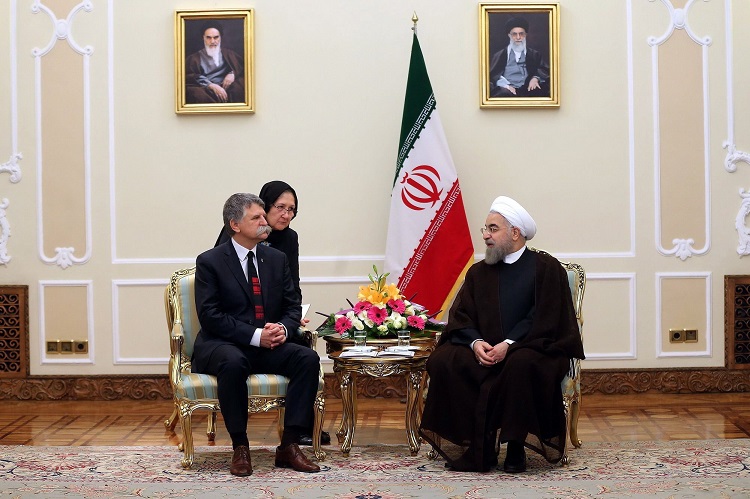 László Kövér, Speaker of the Hungarian National Assembly, spent the better part of last week in Tehran, meeting with Iran’s President, Hasan Rouhani, Chairman of the Parliament of Iran, Ali Larijani, and numerous other officials and dignitaries. Kövér’s visit, the first by a Hungarian House Speaker to the Iranian capital since the end of the Socialist era, comes as part of the Islamic Republic’s gradual opening to the West following last year’s agreement to loosen trade embargoes in exchange for Iran’s promise to dismantle its nuclear capabilities.

According to Mr. Kövér, his trip has been aimed primarily at improving inter-parliamentary relations between the two countries. At the same time, a great deal of emphasis was placed on furthering economic relationships. On Sunday, following meetings with Ali Tayebnia, Iran’s Finance Minister, Mohammad Javad Zarif, Foreign Affairs Minister, and Mayor of Tehran Mohammad Bagher Ghalibaf, Mr. Kövér emphasized the Middle Eastern nation’s economic importance, its agricultural and industrial potential, and its 2500 year ‘tradition of trade,’ while adding that the country’s 80 million strong market holds “serious possibilities” for Hungarian companies. In addition, at Saturday’s meeting with Ali Larijani, both House Speakers agreed that there were many opportunities for the cooperation of Hungarian investors with Iran in the fields of “railway construction, water management, environmental protection, waste management, the pharmaceutical industry, and automotive manufacture,” according to MTI and Hungary Matters. 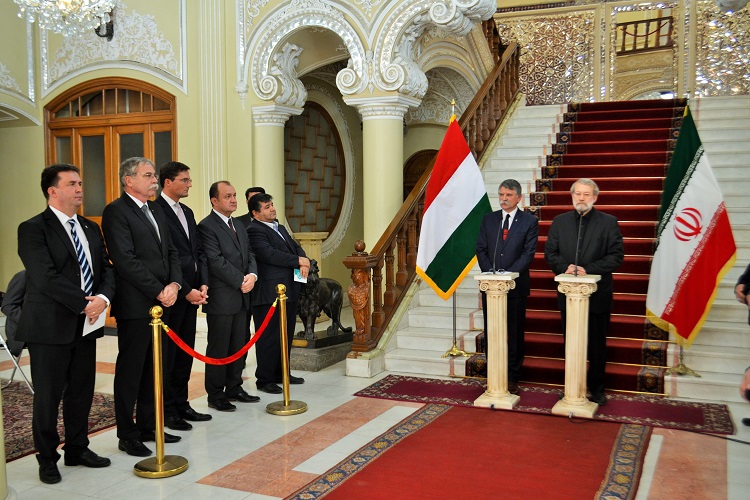 Hungarian Speaker of the House László Kövér and Chairman of the Parliament of Iran Ali Larijani at a joint press conference in Tehran. (Photo: MTI/Press Office of the National Assembly)

At that same meeting, Mr. Kövér expressed his pleasure that Iran will be participating in the upcoming Budapest Water Summit, which is scheduled to begin at the end of the month. Continuing, the Speaker expressed his pleasure at the fact that over four-thousand Iranian students have graduated from universities in Hungary, and added that 1,100 are currently studying in Hungary.

In addition, during his Sunday meeting with Mr. Tayebnia, Speaker Kövér discussed the possibility of Hungarian-Iranian economic cooperation, saying that “Hungary could become an important entry-point into Europe for Iran.” In addition, the Speaker emphasized the importance of the economic cooperation agreement between Hungary and Iran that is currently awaiting ratification by Iran’s parliament. Furthering this point, Iranian Finance Minister Tayebnia expressed his hope that economic and trade opportunities will soon reach the “exceptionally good” level that political relations have, adding that these relations have been strengthened by the Hungarian Parliamentary Delegation’s current visit.

During their talk, Tehran’s Mayor and Mr. Kövér discussed the possibility of government aid to help deepen the economic and cultural possibilities of Budapest and Tehran’s status as sister-cities. In addition, Mayor Ghalibaf discussed fields with serious opportunities for cooperation, including industrial projects such as building railroads and buses, as well as cultural and touristic programs.

As part of his meeting with Foreign Minister Zarif, the Hungarian Speaker of the House stressed that “It is in Hungary’s interest that Iran, as a strategically important country, grows in peace and stability, as this will in turn bring increased stability to the entire region.” In addition, Mr. Kövér added that “Iran can count on Hungary as a stable partner,” and that the future relationship between the two countries will be decided by “continued respect for our common interests.”

And on Saturday, during Mr. Kövér’s meeting with Mr. Rouhani, the Iranian President praised “friendly” and “historic” relations between Hungary and Iran, relations that according to the President stretch back hundreds of years. 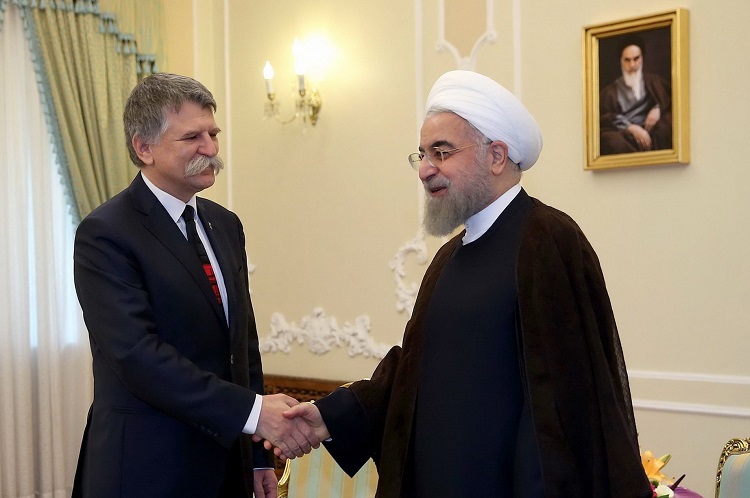 For his part, House Speaker responded to the Iranian President by expressing his pleasure with Iran’s new openness, as well as with the Iranian regimes efforts to repair relations with the international community. Mr. Kövér said that “The nuclear deal provided an opportunity for Iran to return to the international community as a member, strengthening global peace and security,” and emphasized that it has always been Hungary’s goal to “ease political tension, build confidence, and promote the implementation of the final, comprehensive nuclear deal.” 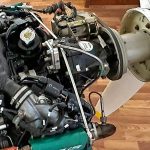