He was one of our professors (lecturers) at Columbia University in the early 1980s. My Polish-American college buddy Grzegorz and his brother Tomasz admired him a lot. And so did I. But not everyone felt unequivocally that he was such a positive personality in U.S. foreign affairs. The New York Times called him a “hawkish strategic theorist”in a commemorative article announcing the death of Zbigniew Brzezinski on May 26 at a hospital in Virginia.[1] I call him one of the greatest presidential advisers and one of the most determined U.S. policymakers who was pivotal in dismantling the Soviet bloc and securing U.S. interests in the world. And yes, it usually takes hawks and not wimps to achieve such great accomplishments.

Zbigniew Kazimierz “Zbig” Brzezinski was born on March 28, 1928. He served as a counselor to President Lyndon B. Johnson from 1966 to 1968 and was President Jimmy Carter’s National Security Advisor from 1977 to 1981. Brzezinski belonged to the realist school of international relations, standing in the geopolitical tradition of Halford Mackinder and Nicholas J. Spykman.

Major foreign policy events during his time in office included the normalization of relations with the People’s Republic of China (and the severing of ties with the Republic of Taiwan); the signing of the second Strategic Arms Limitation Treaty (SALT II); the brokering of the Camp David Accords; the transition of Iran from an important U.S. ally to an anti-Western Islamic Republic; encouraging dissidents in Eastern Europe and emphasizing human rights in order to undermine the influence of the Soviet Union; the arming of the mujahideen in response to the Soviet invasion of Afghanistan; and the signing of the Torrijos-Carter Treaties relinquishing U.S. control of the Panama Canal after 1999.

For us who have known him, Zbigniew Brzezinski (or just Zbig as most of his peers called him) was the ultimate professional in his field, which comprised security studies, political science and international affairs. He had an unparalleled insight into world affairs and the global village as he called it. He was probably the foremost expert on the Soviet Bloc and his policy posture was always one of no compromise when it came to containing Soviet influence. He was also a gentleman in the traditional sense of the word. 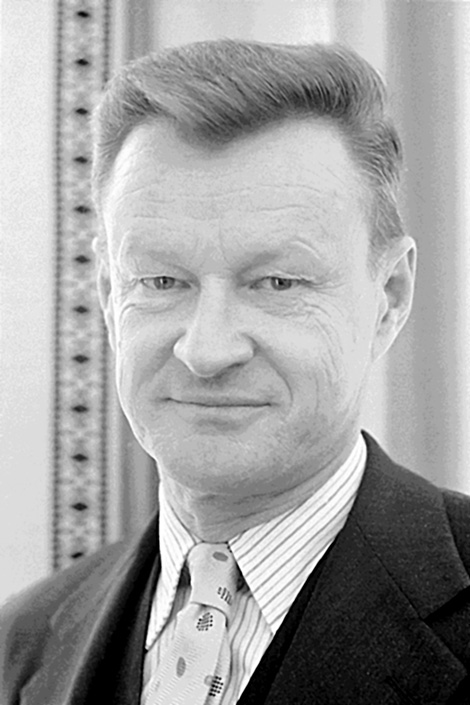 Despite his high-level position and superior accomplishments, he treated all citizens/voters with respect. I wrote a letter to him in 1981 inquiring about a position in the U.S. government. He responded in kind within a week, unlike most officials in the Hungarian government to whom I also wrote letters during the past 20 years or so. Zbig knew that government was indeed a SERVICE to the people and for the people. He knew that if you are given something in life, you have to give it back. He considered his appointment to be National Security Adviser under the Carter administration as a result of tempered polemics, hard work and fortunate circumstances. However, if you read any of his books, you instantly know that he was the ultimate genius in global affairs.

Zbig was a staunch anti-communist, a commitment that many of his compatriots and successors did not hold up to in the aftermath of the collapse of the Berlin wall. He knew that for small nation states such as Poland and other eastern European countries, the ultimate goal of survival was to defeat Soviet hegemony. He never swayed from that commitment. But he also believed in the national spirit and self-determination of smaller nations that neoliberals often deny to newly liberated eastern European countries nowadays.

I remember his elegant posture as he walked into the large lecture hall at Columbia University in 1983 when I returned for one of his presentations. He was mesmerizing both in the way he looked at you and the way he spoke. His Polish accent was always there in his speech with a special trait of eloquence that only made him even more unique compared to his colleagues.

Jimmy Carter was impressed by Zbig’s foreign policy expertise early on. “He was inquisitive, innovative and a natural choice as my national security adviser when I became president,” Carter said in a statement following Brzezinski’s death this May.

“He was brilliant, dedicated and loyal,” said Carter, who awarded Brzezinski the Presidential Medal of Freedom days before leaving office in 1981.

Brzezinski’s death at age 89 was announced on social media Friday night by his daughter, MSNBC host Mika Brzezinski. She called him “the most inspiring, loving and devoted father any girl could ever have.”

“His influence spanned several decades,” former President Barack Obama said in a statement Saturday, “and I was one of several presidents who benefited from his wisdom and counsel.” To former President George H.W. Bush, Brzezinski’s “command of foreign affairs made him both an instrumental architect of key policies — and an influential voice in key policy debates.”

In Poland, Foreign Minister Witold Waszczykowski said the world “has lost an outstanding intellectual, an experienced and effective diplomat who was also a noble person and a proud Pole.” He credited Brzezinski’s “unyielding stance toward the Soviet Union” with playing a central role in “the demise of the totalitarian communist system.”

Brzezinski occasionally found himself in clashes with colleagues such as Secretary of State Cyrus Vance. However, more often than not, he came out on top as a winner of those policy debates.

With Brzezinski’s passing, we lost more than just a superb global expert in international affairs. We lost another old-class European citizen for whom decency, ethics and morals were not just buzz words. He was an elegant and determined policymaker, the kind that is a rare find in modern-day global affairs. Perhaps, JFK had a similarly elegant posture to Zbig.

I salute him today and mourn his passing. His slanted, Clint Eastwood-like eyes and special smile will not be with us any longer. Rest in peace Zbig! Thanks for all you have done for us and for global peace and democracy! 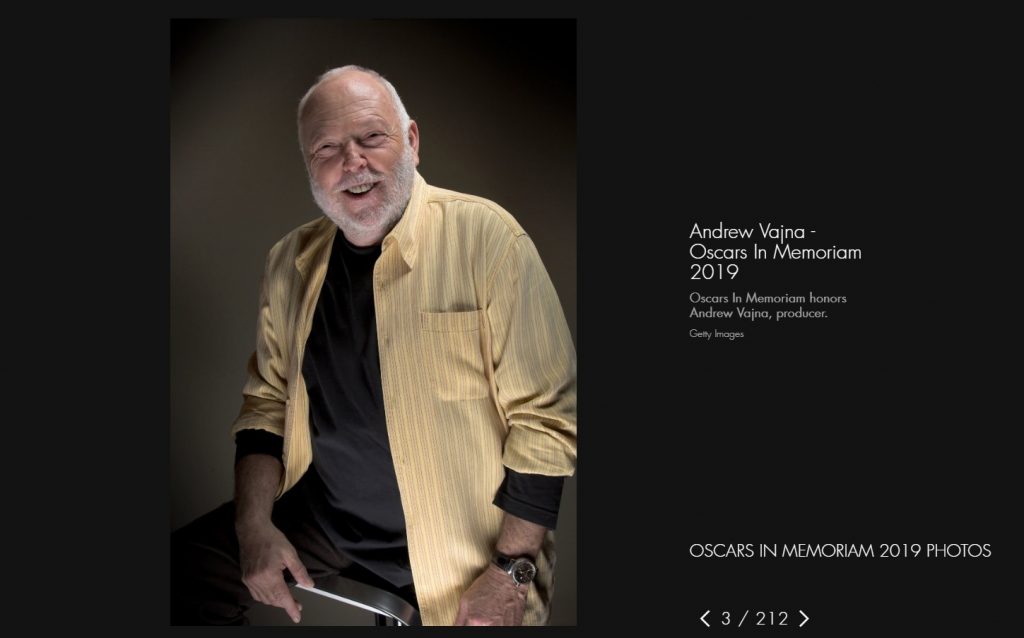 The Oscars Rectifies Vajna’s ‘In Memoriam’ Snub with Online Tribute

Each year, the Academy of Motion Picture Arts and Sciences present a video at the Oscar gala in which they remember filmmakers, professionals and actors who have passed away since the last ceremony. Burt Reynolds, Miloš Forman and Stan Lee, among others, were included in this year’s ‘In memoriam’ selection. But, Andy Vajna — who […]
Fanni Kaszás 2019.02.28. 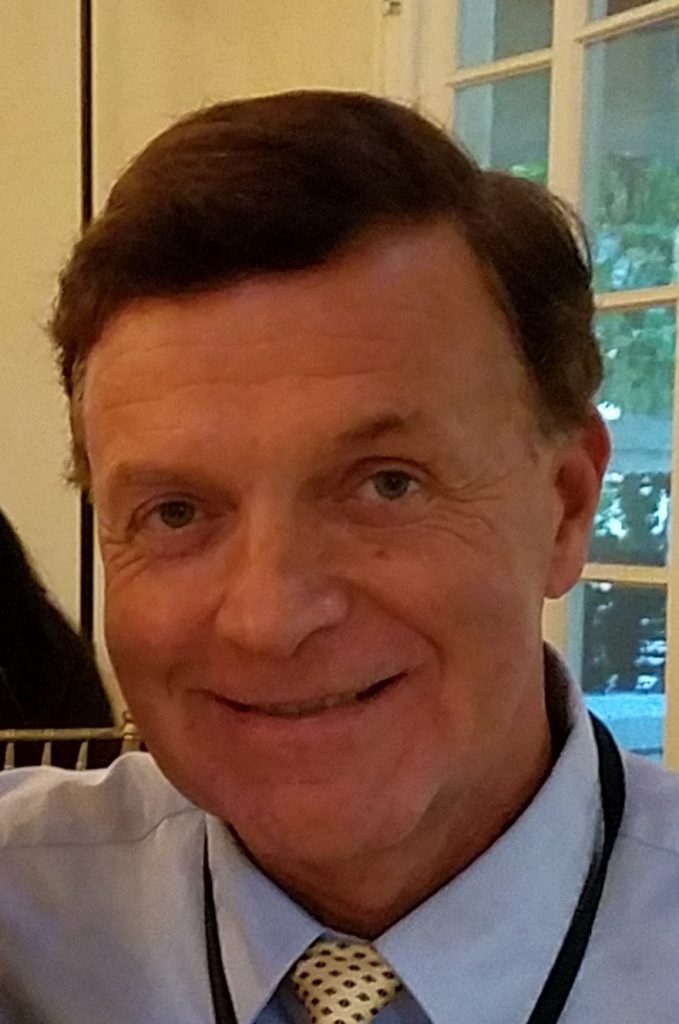 Empires vs. Nations: Another Frontal Assault on Hungary’s Sovereignty and National Resolve by the Brussels Elite

History demonstrated that transnational empires do not last forever. In fact, most ancient empires collapsed after roughly 600+ years. Such were the fate of the Greek, Roman, Ottoman, Prussian, and Hapsburg empires and monarchies. Diversity and/or external factors were typically the culprit for their collapse. However, during the modern era, the collapse of transnational federations […]
Hungary Today 2017.05.19.