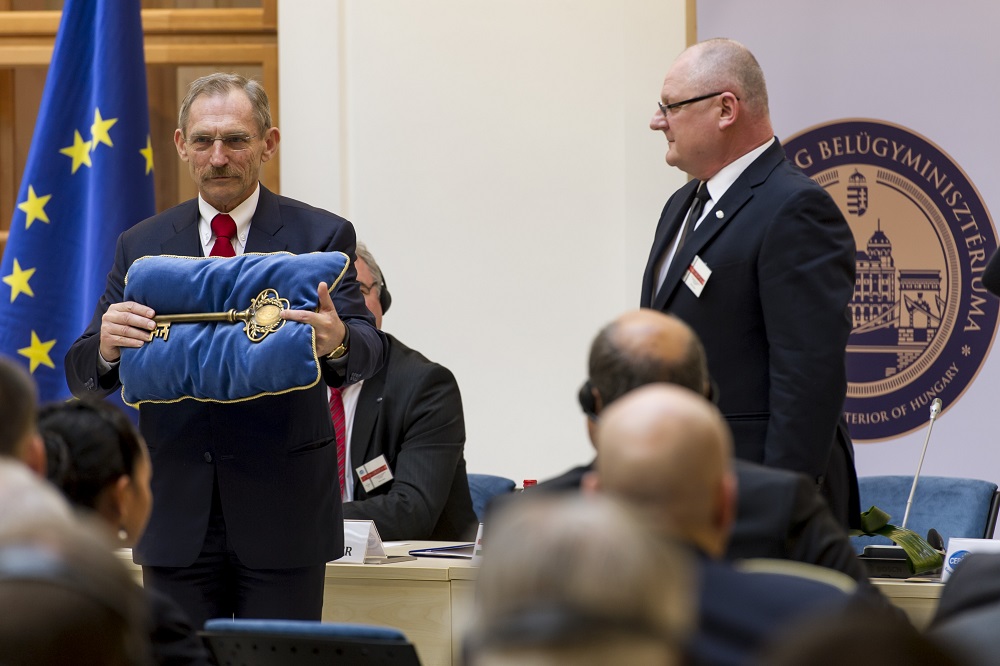 The European Police College (CEPOL) is the first EU institution to have its headquarters in Budapest, minister of interior Sándor Pintér said at the inauguration ceremony. In his address, Minister Pintér emphasized that the premises in the heart of Budapest will be available to CEPOL over the next ten years, as well as relevant funding for the headquarters that offers appropriate working conditions. Pintér symbolically handed over the keys to CEPOL’s director, Ferenc Bánfi.

The director thanked the European Parliament and the Council of the European Union for supporting the move to Hungary. He also thanked the Hungarian Government for providing high standard headquarters that complies with all EU regulations, the European Council for their help in the move and the United Kingdom for hosting the academy for years.