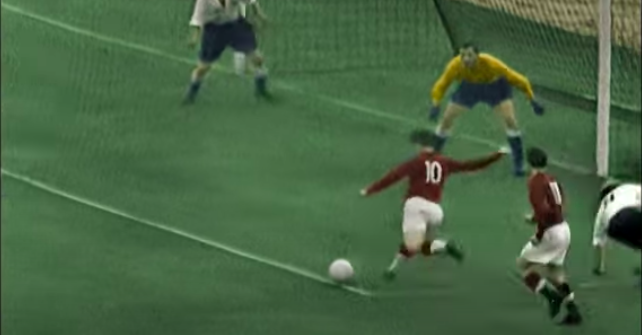 Yesterday, the match where Hungary’s Golden Team beat England  in Wembley stadium in a match dubbed as ‘the match of the century,’ was aired on SuperTv2 on the anniversary of the match on November 25th in a digitally updated, enhanced version, showing all goals in color. The special version was broadcast with expert commentary, and halftime and post-match analysis just like it was a live match.

Béla Szabó, Brand and Commercial Communications Director of Magyar Telekom, announced at a press event that the company had prepared a digitally updated version of the November 25, 1953 match of the Hungarian national football team against England, which many call “the match of the century.” The enhanced, all-goal color recording was aired on Super TV2 on the anniversary of the match on November 25th. 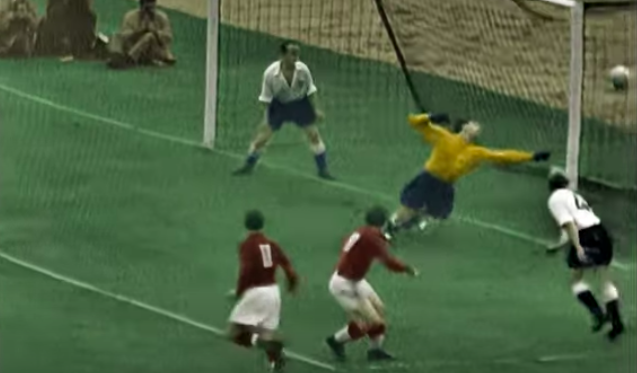 Following the premiere of the colored version, the recording will be available in Telekom Videótéka for three months. The reason for the short availability is that the original recording is the property of the BBC, and according to the current agreements it cannot be broadcast for more than three months – even though the digital renovation was carried out by Magyar Telekom. According to Szabó, at the same time, they are already thinking about how to acquire the projection rights of the legendary match in the long run or even for forever.

Between 1950 and the team’s breakup after the Hungarian Revolution in 1956, the Golden Team won 42 matches, reached a draw seven times, and unfortunately lost only once- the most important match, the 1954 World Cup final against Germany. The Magic Magyars won the 1952 Helsinki Olympics, and defeated England 6:3 in the 1953 thriller later dubbed the “Match of the Century.” 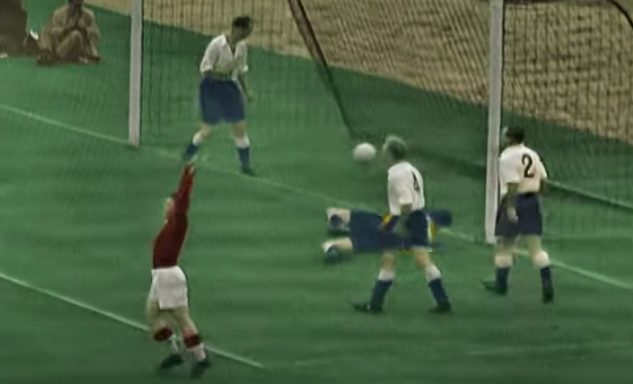 The legendary match took place on November 25th in Wembley stadium, in front of tens of thousands of spectators, and ended with the first defeat of the legendary English team to non-British or Irish opposition. Six months later, the Hungarians again beat England at the next match, held in Budapest, 7-1, once again proving their superiority. 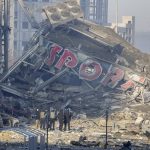