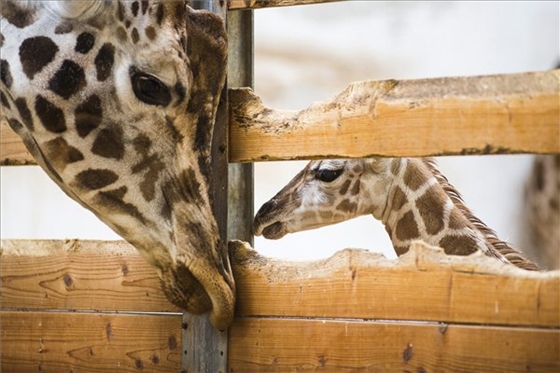 A beautiful and unique giraffe calf was born on 29th of October at the Zoo of Nyíregyháza. The Rotschild’s Giraffe, an endangered species, is 160 cm tall and weighs 50 kg. The young giraffe bull is the first calf of the group of giraffes of three cows and one bull imported from Poland and Czech Republic to the Zoo of Nyíregyháza within the framework of the European Endangered Species Programme.

Director of the Zoo, László Gajdos told that they were expecting the arrival of the calf one week later, therefore all the members of the staff were rather surprised when they saw on Saturday that a young calf is jumping around his 5-years-old mum called Bogi. The birth of the giraffes are usually very complicated, painful and dangerous, but in Bogi’s case everything went smooth.

According to zoologists there are now less than 700 Rothschild’s Giraffes left in the wild, with the population declining by more than 80% in the last decade.  Once wide-ranging across Kenya, Uganda and Sudan, the Rothschild’s Giraffe has been almost totally eliminated from much of its former range and now only survives in a few small, isolated populations in Kenya and Uganda. 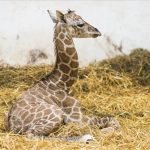 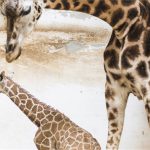 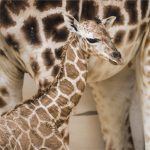 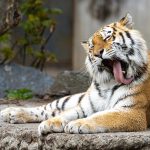