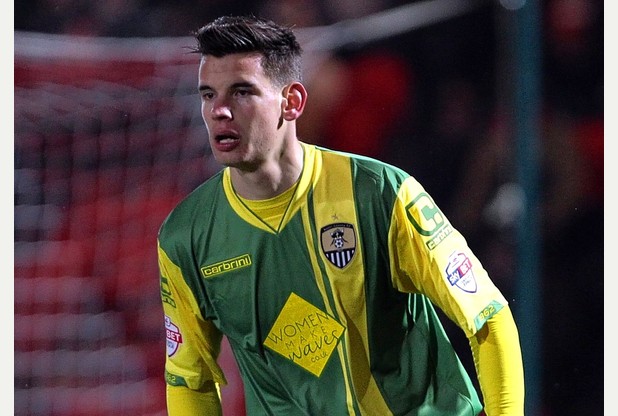 English League One team Notts County’s Hungarian footballer Bálint Bajner has scored a goal for his team to the delight of the some 100 Hungarian soccer fans who attended the match.
Drafting the Hungarian striker in January provoked unprecedented reactions both in Hungary and in England, with Notts County’s Facebook page suddenly receiving more Hungarian “likes” than Bayern München or Barcelona. The “No Bajner, no party” craze was abating last week only to heighten again yesterday evening, with Bajner scoring a goal against Leyton Orient in front of some 100 Hungarian spectators on the stands.

Bajner scored the goal in the 20th minute of the match and then ran 70 metres in sprint to be in front of his Hungarian fans, shooting imaginary arrows to the sky, evoking the spirit of Robin Hood. Although he was replaced in the 78th minute of the game, the result was unchanged, meaning that he scored the winning goal for his team.
via mno.hu
photo: nottinghampost.com