There is one thing that has not changed in the past 25 years: uniting the nation across borders continues to remain our fundamental goal, PM Viktor Orbán stressed at the 4th meeting of the Hungarian Diaspora Council in the grand hall of the Buda Castle Bazaar. Viktor Orbán confirmed that the national register and the Kőrösi Csoma Sándor programmes designed to help scattered Hungarian communities would continue: 1 billion HUF is available in next year’s budget for the reinforcement of Hungarian cultural initiatives, and 500 million HUF has been allocated for the purposes of the Mikes Programme that seeks to rescue the cultural values of scattered Hungarian communities. 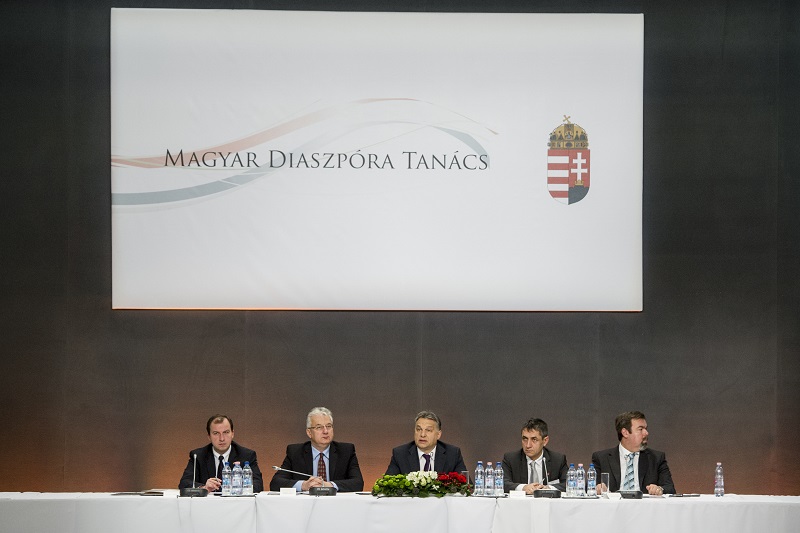 The Prime Minister underlined that „sovereignty” is an important word which helps us understand what happened and what is happening in Hungary today. “The twenty years between 1990 and 2010 were about how the country had been sold out, and when there was hardly any of the country’s wealth left, the illusion of the welfare state was maintained from loans”, Orbán said. However, since the 2010 elections the guiding principle of the Cabinet has been the protection of Hungarian interests and the restoration of Hungary’s sovereignty, Orbán insisted. He pointed out, Hungary’s sovereignty takes its roots from the passaging of the new Constitution as well as from the restoration of our economic sovereignty and scope for action.

Viktor Orbán argued that standing up for ourselves in the European Union is the third source of our sovereignty; we must stand up for and represent the interests of the nation in the European Union as well. The Prime Minister added that the establishment of the country’s sovereignty from the viewpoint of its energy supply is another key issue. In the context of Hungary’s geopolitical situation, the Prime Minister pointed out: we do not want to see new walls being built in Europe, and proposed that Hungary should pursue a „sensible and calm” geopolitical approach. There is a Hungarian-friendly policy in Hungary, and this is what determines our actions; and as regards our political alliances, we are clearly committed to both the EU and NATO.