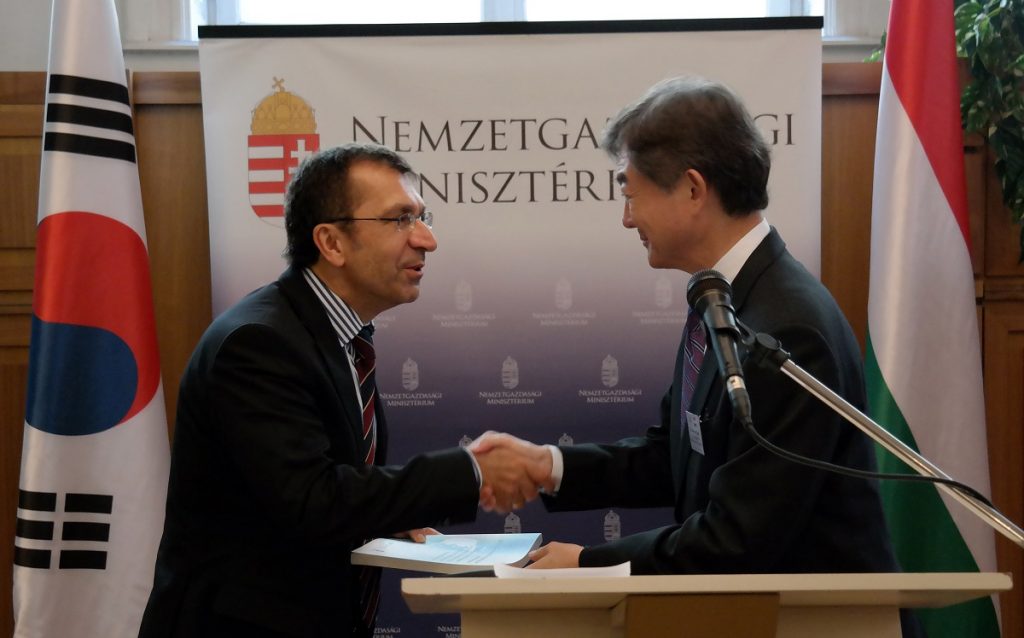 Antal Nikoletti pointed out that South Korea is having a successful economic model and it has managed to evolve – within a relatively short period of time — from an under-developed economy into one of the most highly industrialized countries in the world. The country is a good example for long-term strategic thinking and implementing changes through national consensus, he added. Former South-Korean Ambassador to Hungary Dae Won Su stressed that as global markets have been shifting from a capital-based economic model to a knowledge-based one, South-Korea decided in 2004 to establish KSP, through which 600 projects have already been completed in 46 countries.

South-Korean companies have thus far invested more than 2 billion USD and employed 25 thousand people in Hungary. Large enterprises, such as Samsung or Hankook, are regarded as stable investors with strong commitment to the country.  South-Korea mainly exports components to Hungary, while the bulk of Hungarian exports consists of food industry and agricultural products. Of the latter, much more could be sold, for example frozen meat and corn. According to the Hungarian Central Statistical Office (KSH), South Korea was 35th on the ranking of Hungary’s export partners and 19th regarding imports in 2013. In Central and Eastern Europe, however, Hungary is Korea’s third largest trade partner.