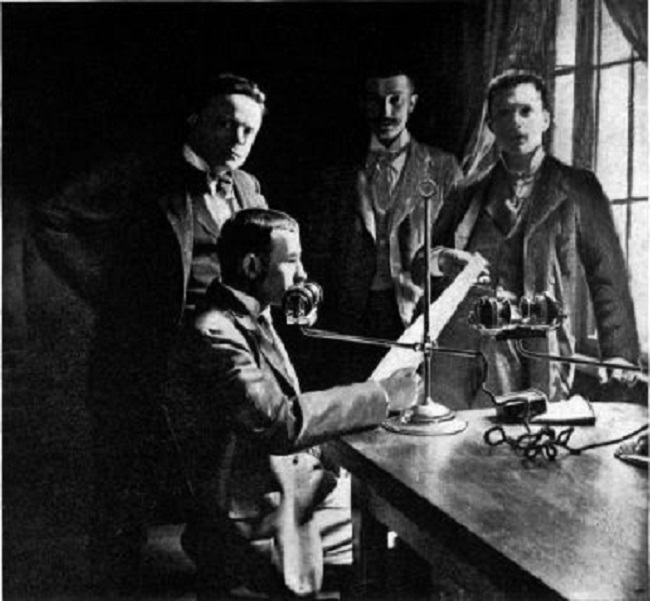 In the 21th century, we are daily cellphone users. We can’t imagine our life without these little tools that are always in our pocket and give us any information any time, about anything. Just imagine, the first telephone-center looked like this:

A very important part of the history of the longer-distance telecommunication begins exactly 123 years ago on 15th February 1893 in Budapest. It is connected to Tivadar Puskás (Theodore Puskás), who was a Hungarian pioneer of telecommunication and the founder of the Telefon Hírmondó (“Telephone Newsletter”), the ancestor of the radio. At the world exhibiton in Philadelphia, Alexander Graham Bell’s telephone was among the many inventions on display; afterwards, Tivadar Puskás decided to establish a telephone-center.

To start the undertaking, he visited Edison as a scientist partner to get some help. The cooperation worked well, as well illustrated by the fact that Telefon Hírmondó used Edison phonographs in Budapest and the first telephone-center started to run by the theorem of Puskás in Boston (1878) and Paris (1879). Telefon Hírmondó, the ancestor of the radio, was intended to share information as wide as it possible by the network of the telephone-center.

The first stereo intermediation of the world was between the Opera of Budapest and the Vígadó (a fancy ball hall). The program of the Telefon Hírmondó was filled with cultural content, political and economical news. Almost one and half century ago the first “radio” started to broadcast the news all around the world, from Hungary.