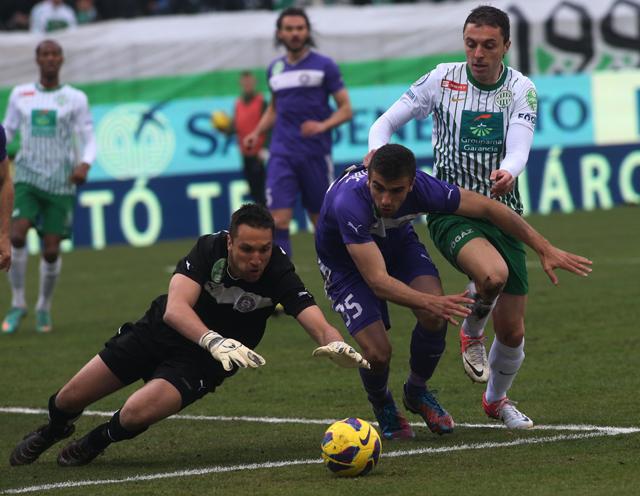 As the weekend is coming, football fans in Hungary awaiting for the 8th round of the National Championship. While leaders Videoton FC visit Szombathelyi Haladás on Saturday, holders Debreceni VSC host Kecskemét FC and Újpest FC take on arch-rival Ferencvárosi TC on Sunday afternoon.

The fierce rivalry between the Purples and Greens of Budapest goes back at least to the interwar period. In all competitions Ferencváros have won the derby 125 times so far, while Újpest have clinched victory 75 times. The teams also had to settle for a draw 64 times in the history of the derby, which has been selected recently into the top 10 derbies of the world by a popular football blog called copa90.

As for the chances, it is difficult to predict the result because Ferencváros are currently in higher position in the league table, while Újpest FC enjoy the home advantage at Ferenc Szusza Stadium. The 215th game between the two sides will be not only special for footballing reasons. The relationship between the fans and the management of both clubs has been pretty tense recently: groups of hard-core fans on both sides preparing to boycott the match of the season on Sunday. Hopefully the game will not end up in a “third half” on the streets and the battle remains on the pitch.