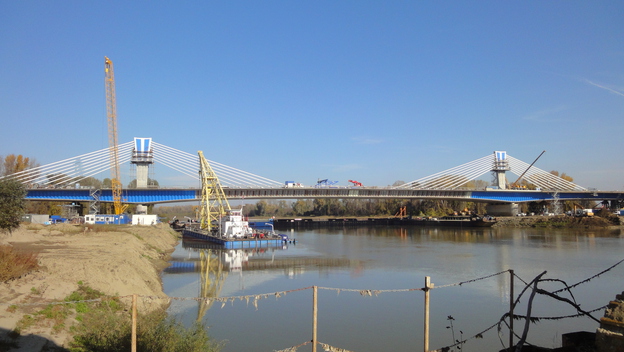 A motorway in the southeast of Hungary will be extended to the border with Romania by the end of next year, and a main road will connect to the North Transylvanian motorway by the end of 2016, minister of foreign affaris and trade Péter Szijjártó said after meeting with his Romanian counterpart Titus Corlatean in Luxembourg.

Szijjártó said that bilateral trade between the countries is expected to exceed 7 billion euros this year. Szijjártó said connecting the two countries’ energy networks had also been discussed at the meeting. He noted that a gas interconnector could still not ensure reverse flow at full capacity and urged tie-ups between electricity networks.

Before his official travel Péter Szijjártó gave an interview to daily newspaper ‘Magyar Nemzet’. Besides other issues he was asked about how much room for manoeuvre Hungary has in foreign  affairs. Szijjártó said Hungary must not accept the view “forced onto us” that its opinion does not matter. Hungary’s contribution to the EU’s economy continues to grow, he said, adding that the country’s political presence has also been strengthened via a regional cooperation of countries in central Europe.

photo: The new ‘Ferenc Móra bridge’ over the Tisza river is part of the M43 motorway (nif.hu)