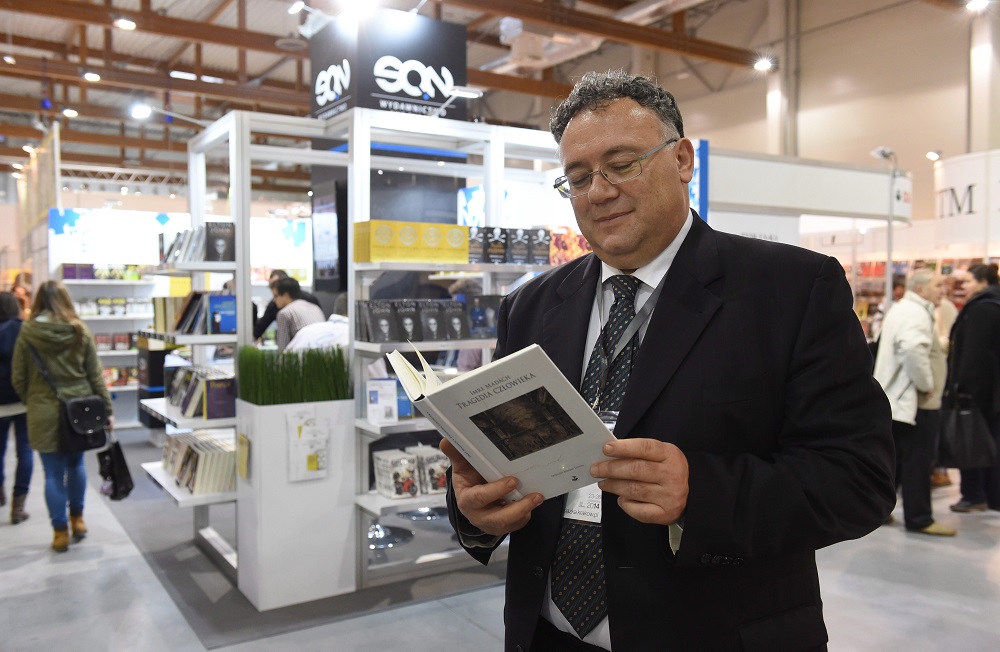 The Kraków Book Fair, organised this year for the eighteenth time and with Hungary as a special guest, has started on 23th of October with an opening speech by István Íjgyártó, State Secretary for Cultural Diplomacy. As 23 October was coinciding with the opening of the fair and the anniversary of the outbreak of the 1956 revolution, the commemoration of the national holiday was held at the first day of the Kraków EXPO too.

Being one of the most prominent events regarding book trade in Poland, the Kraków Book Fair provides Hungary with a unique opportunity for showcasing as it has not happened for decades that so many Hungarian-related books appear on the Polish market than this year. For the first time, in 2014 the fair will be held at a new location complying with the highest standards and where visitors may be get to know, for example, a novel by Géza Ottlik (‘School at the Frontier’), a short story collection by Lajos Grendel (‘Leading Victim’), the newly published editions of works by Sándor Márai and a new translation of ‘The Tragedy of Man’ marking the 150th anniversary of the death of its author, Imre Madách as well.

The Krakow Book Fair will see the presentation of a number of Polish translations along with their authors like Ádám Bodor, György Dragomán and Viktor Horváth. Hungarian music, film, gastronomy, tourism and wine culture also plays a role at this year’s fair and separate programs are awaiting children too. The event will also feature the Hungarian town Veszprém as a special guest city.