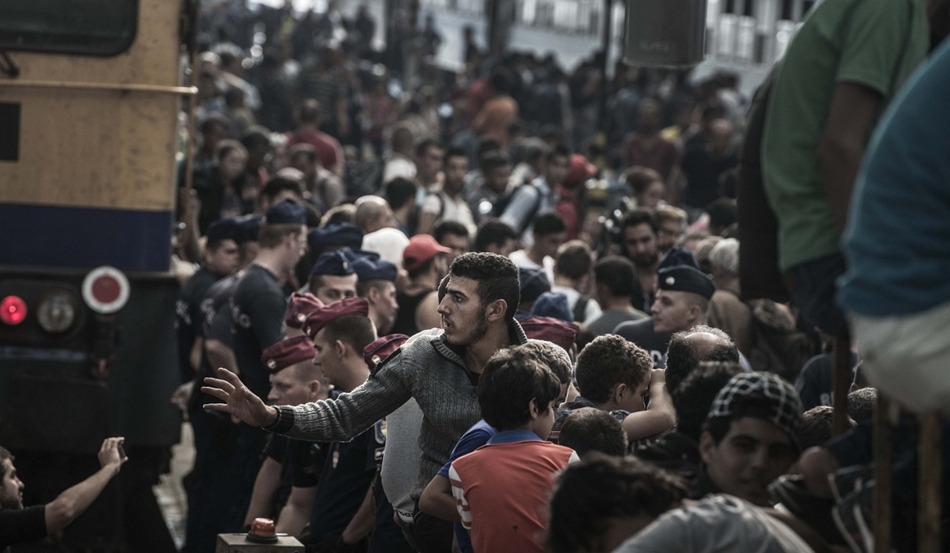 There have been scenes of chaos and violence in the previous days at Budapest Keleti station, the country’s chief hub for international train departures, as hundreds of asylum-seekers kept pouring in over the weekend to join the already formidable mass of people camping on and around the station’s area in the hope of squeezing onto an international train bound for Vienna or Munich. Loud chants of “Germany, Germany” and “Merkel, Merkel” were heard as the crowd made a last-ditch attempt to board the final train to Munich they were permitted to travel on. During yesterday, Austrian officials upheld several trains on the border, although all of them finally reached their destination following shorter or longer delays. At 9 am yesterday, Budapest’s Keleti station was evacuated by authorities and all departures and arrivals were cancelled. Shortly after 10 am, railway traffic resumed in the station, but asylum-seekers have been prohibited from boarding trains ever since, leading to a standstill between Hungarian police and angry migrants desparate to get to the West.