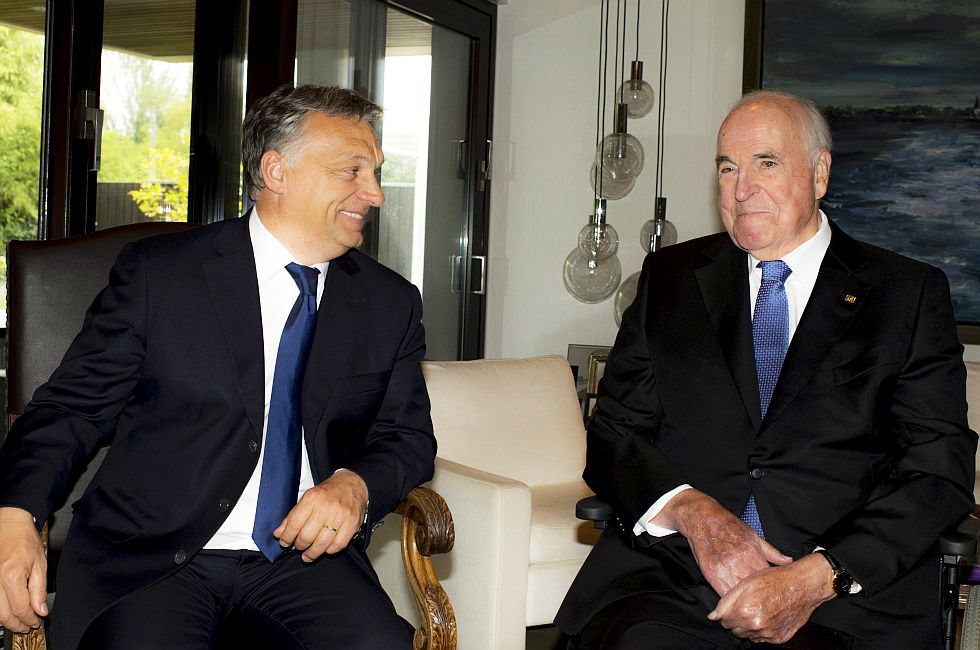 Europe’s greatest assets are the continent’s many different nations, Hungarian PM Viktor Orbán said on his official web page (www.miniszterelnok.hu) on Saturday. Commenting on a new book by former German Chancellor Helmut Kohl, Orbán argued that “Europe’s reality is the nations, while a European United States is utopia. The nations go back several thousand years, and cutting those roots would be equal to committing suicide”.

Europe cannot be built disregarding national characteristics, Orbán said, adding that Hungarians would reject an “independent, bureaucratic, centrally controlled mammoth organisation”. “It is our responsibility to make sure that the European Union does not turn out to be a failed Utopian attempt,” he insisted. Europe’s institutions must not abandon its member states and their peoples; “we are all parts of a community of a culture and values rooted in Christianity,” Orbán wrote.

Former German chancellor Helmut Kohl published his new book “Worried About Europe” (Aus Sorge um Europa) last week. Kohl, who is 84 and in frail health, was the political patron of Chancellor Angela Merkel. In excerpts of his book Helmut Kohl criticises Germany’s SPD for straying from fiscal discipline in the early 2000s and worries about the split between Russia and the West. Helmut Kohl gave an interview to Stern magazine last week and strongly praised Hungarian premier Viktor Orbán. “He is a great European, he thinks and acts in a European way, Kohl told about his “friend.”