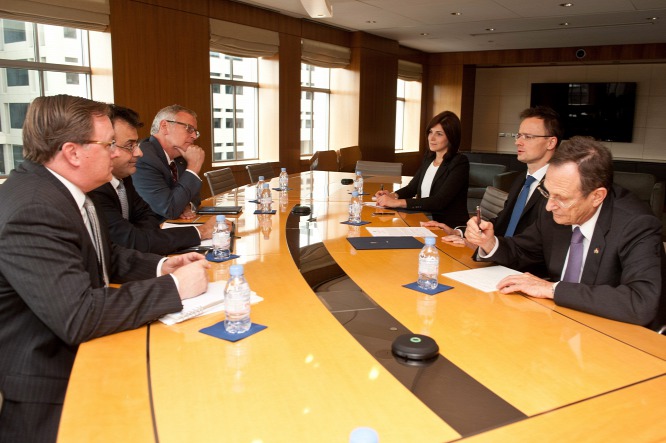 Besides discussing delicate matters with US assistant secretary Victoria Nuland, Péter Szijjártó also had the opportunity to focus on economic issues in Washington. The Hungarian minister of foreign affairs and trade told after meeting US company heads on Tuesday, that US Hungarian economic cooperation was a “success story” in bilateral relations, and the government was making every effort to provide the most attractive investment environment in Europe.

He said General Motors representatives assured him of their high satisfaction with the operating environment in Hungary, where the firm, as part of its OPEL division, has Europe’s most modern engine factory. “The car industry remains a flagship in Hungary and Hungary continues to be a citadel for the car industry,” he added. Engineer training was starting in nearby city of Szombathely to ensure a sufficient supply of professional workers for industrial companies in the region, he noted.

The Hungarian minister also met General Electric top officials. GE is the largest commercial employer in Hungary, with over 13,500 employees in the country. Péter Szijjártó handed over Hungary’s Order of Merit Commander Cross to GE Vice-President Skip Warner in recognition of the company’s contribution to promoting Hungarian-US cooperation. Péter Szijjártó also held talks with NBC Universal and Comcast leaders about the changes Hungary introduced to develop its film industry and briefed them about the improved conditions in the industry.