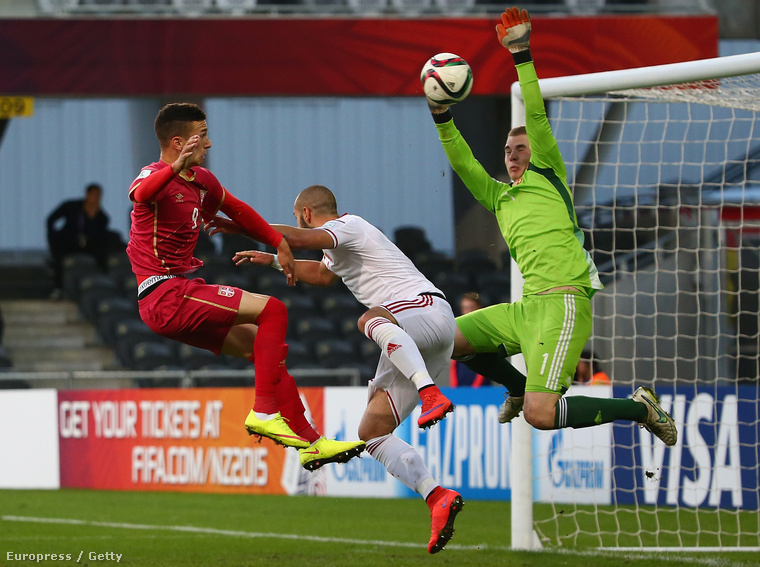 Serbia needed extra time and an own goal to overcome a spirited Hungarian side in an enthralling round of 16 match at Otago Stadium in Dunedin, New Zealand.

The Serbs, in their first Fifa Under-20 World Cup, advanced to the quarter-finals, where it will meet either the United States or Colombia on Sunday local time, while Hungary has dropped out.

It looked like the match was destined to go to penalties, but Serbia got the match-winner courtesy of an own goal by Hungarian defender Attila Talabér.

Locked at 1-1 deep into extra time, Serbian forward Ivan Saponjic fired a cross into the box for teammate Mijat Gacinovic. Talabér attempted to cut off the cross, only for the ball to deflect into his own goal.

It was a cruel twist for Hungary, which led for a good chunk of the second half and more than played its part in an enthralling match.

Trailing 1-0, it had looked like the highly fancied Serbs and group D champions were going to bow out of the tournament late in the second half, but substitute forward Saponjic found a stoppage time equaliser to send the match into extra time.

Hungary, which advanced from group C with just one win (against North Korea) from its three matches, went into the match as the firm underdog.However, it went 1-0 up courtesy of Bence Mervó’s goal on the counter-attack. His fifth goal of the tournament came just moments after Serbian forward Filip Jankovic missed a guilt-edged chance to score at the other end.

Jankovic, filling in for the suspended Sergei Milinkovic, who had to sit the game out after receiving a couple of yellow-cards during the group stage, should have scored after Nemanja Antonov put the ball on plate for him.

But he miss-hit the ball and Hungarian forward Zsolt Kalmár opened Serbia up on the counter with a strong run into the box, before dragging the ball back for Mervó to blast home.

The Serbs, who botched endless chances through the first 90 minutes, finally found the equaliser in stoppage time through substitute forward Ivan Saponjic.

His goal, a powerful header via a corner a kick, was a bitter blow to Hungary, which had done so well to keep the Serbs in check for the majority of the match.