Extraordinary French-Hungarian Concert At A38

After holding her fist concert in Budapest last year, charming French singer Mélanie Pain is returning to the Budapest stage to perform with her friends, the Hungarian band Budapest Bár and Tibor Kiss, front man of the popular rock group Quimby, alongside her own band, Nouvelle Vague. Don’t miss this quintessential pre-Christmas gig at one of Budapest’s best concert venues on 13 December!

The lovely French lady Mélanie Pain is finally returning to Budapest to enchant her audience again on the famous cultural ship A38 on Saturday 13 December. The singer will both perform her own material with her band and work with Budapest Bár and Tibor Kiss, the singer of Hungarian rock band Quimby. Together they will create a mix of Hungarian and French chanson, since this style has a long tradition in both countries.

Pain became famous as the vocalist of legendary French music project Nouvelle Vague. Her magical and lightly smoky voice added the final touch to new interpretations of new-wave classics such as the 1980s gothic rock hit “Dance With Me”. Pain, who says she didn’t actually set out to be a singer, started her solo career only a few years ago. She finished her first album in 2009 and now has four to her name.
Fans like her individual yet profound style, which is still full of lightness: emotional but still distanced; sometimes smooth and sometimes rough. She merges impressions from chanson, pop, rock and independent, and sings sometimes in French and sometimes in English.
Although Pain will not present a new pop-chanson CD on 13 December – her last album, “Bye Bye Manchester”, was in 2013 – the audience in Budapest can enjoy the result of the fruitful friendship between the French lady and the Hungarian music project called Budapest Bár. Similarly to Nouvelle Vague, Budapest Bár is composed of a constantly changing musical setting around the initiator, Róbert Farkas.
The group presents modern versions of old Hungarian chansons from the 1930s and 1940s, bringing back the smoky atmosphere of the old bars of Budapest and even inspiring the younger generation. The fact that Farkas could attract the crème de la crème of Hungarian pop and rock for his project is a guarantee for success. Other notable performers besides Kiss are expected at the A38 gig. 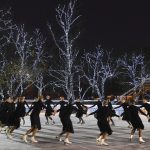 Don’t Sit at Home During the Holidays – Amazing Christmas Programs in Budapest! 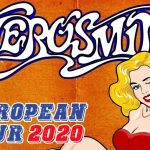